Bolivia is among the countries in South America with the least tourist traffic, but over the last few decades has experienced a gradual increase in the number of international visitors. However, poorly developed infrastructure and the country’s relative inaccessibility are obstacles to stronger growth.

In 2011, the tourism industry in Bolivia contributed to 2.6% of the country’s GDP (about 4.1 billion Bolivianos, equivalent to NOK 3.3 billion). This is expected to increase by 3.5% annually over the next decade, according to the World Trade and Tourism Council.

The most common ways to get into Bolivia are by plane to Santa Cruz or La Paz, the country’s two largest cities, or the road from Peru via Lake Titicaca. Inland, the most popular itineraries are between La Paz and Potosi, and from Potosi to the salt lake of Uyuni.

La Paz, with its location in a deep river valley in the Andean plains, is a spectacular destination. But the city also serves as a gateway to the rest of the country, and is a starting point to see the surrounding area, primarily Lake Titicaca and the ruins of Tiahuanaco.

Other major tourist attractions include hiking along the ancient Inca roads from the highlands to the lowlands. Excitement and extreme sports tourism has also become popular in La Paz in recent years, with cycling along the so-called death road to the village of Coroico as a much-talked about attraction.

Lake Titicaca is the highest navigable lake in the world and is split into two of the Bolivia-Peru border. On the Bolivian side of the lake are Soløya and Måneøya. These have preserved ruins from the time before the colonialization of Bolivia, and are central to the Inca mythology. On the shore lies the town of Copacabana, whose name is said to have given rise to the famous beach in Rio de Janeiro, Brazil.

Tiuhuanaco is both the name of a ruin town located between Copacabana and La Paz, and the name of a rich pre-Inca culture. The city is still only partially excavated but among the most famous attractions is the Sun Gate, three meters high stone statues and a temple with heads carved out of stone along the walls.

Thor Heyerdal’s Kon Tiki expedition was partly inspired by one of the stone heads having Indo-European features, which matched Heyerdahl’s theory that humans sailed to America from Africa and Europe.

Potosi is today a city with 155,000 inhabitants, but in the heyday of the 1600s it was one of the largest cities in the world (some estimates say 200,000 inhabitants at most). The city is located at the foot of the Cerro Rico mountain which contained large amounts of silver. During the colonial period, one of two Spanish mints was located outside of Spain in Potosi and huge quantities of precious metals were sent to Europe, with (uncertain) estimates claiming up to 40,000 tonnes. Thousands of workers died in the Bolivian mines, many of them forced laborers recruited among indigenous people and slaves from Africa.

When the richest silver years were empty, the recovery of other metals took over, but Potosi’s heyday ended in the 19th century. Mining still still characterizes the city, but today mining is often driven by cooperatives. The work is very dangerous to health and expect to live the age of a miner is under 40 years.

The most popular tourist activities are to take guided tours into the mines and visit the large mint museum.

The salt lake of Uyuni is also called the salt desert Uyuni. It is a 12,000 square meter pool of salt and some water. The salt is so compact that you can drive on it in most places, and the main road from Bolivia to Chile crosses. Despite the barren landscape, there is some wildlife on Uyuni, including large flamingo colonies.

The Salt Lake is one of the largest lithium reserves in the world and is often referred to as an important resource in future battery production. 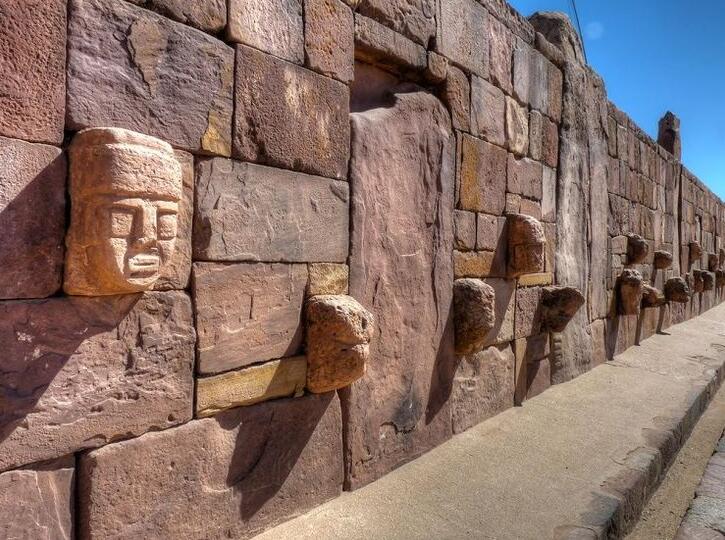