The theater in Argentina goes as far back as 1610 when Jesuit missionaries used it in connection with their business. A romantic theater emerged in the mid-1800s and a number of theaters were built. The circus became popular and came to influence the Argentine theater tradition. Sainetes gaucheros was the term for a popular and satirically dramatic genre related to rural conflicts, and in a modern form it came to represent the reality of the numerous poor European immigrants who flowed to Argentina. The popular sainetes gradually mingled with European realism and naturalism, and the drama of Florencio Sánchez (1875–1910), which derived its substance from people’s daily lives, sprang from this intersection.

A new theater movement accelerated in the 1930s such as with the Teatro del Pueblo founded by Leónidas Barlettas, who wanted to develop a new audience. La Máscara theater company was started by Juan B. Justos in 1939 and played new international drama. The playwright Carlos Gororstiza became a central director through his stints with La Máscara, which was characterized by the search for social, national and political. Osvaldo Dragún was influenced by Brecht and Expressionism and wrote dramas for so-called Peronism. He started the theater group Fray Mocho. Despite political turmoil, the theater in Argentina has been astoundingly vital since the 1950s, and from the 1960s a new generation of documentary-inspired theater people and playwrights emerged. Artaud and absurdism made a mark on a playwright like Eduardo Pavlovsky, psychiatrist and specialist in psychodrama. He wanted to shed light on the current situation in the 1970s, as inEl señor Galindoz , a piece about physical and mental torture.

Teatro Abierto has encouraged new experimentation in recent years. Two of the most important major theaters in Buenos Aires are the National Theater Cervantes and the City Theater San Martín. There are also ritual forms of theater related to the ethnic minorities, Creole circus and popular festivals and carnivals. 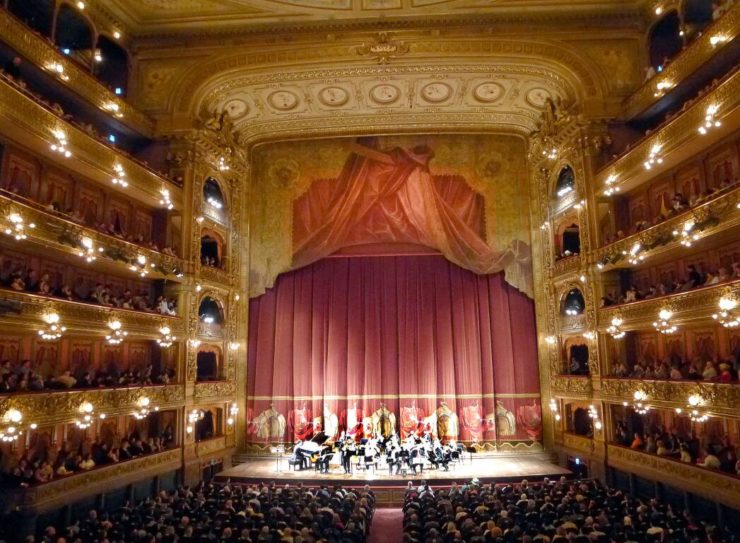