With its 890,000 inhabitants, San Francisco is one of the smaller cities in the United States, but one of the most popular tourist cities. The city is known for the steep slopes and cable cars, and not least the world-famous prison island Alcatraz and the Golden Gate Bridge. Many consider the city to be America’s liberal capital, which is marked by many different festivals throughout the year.

Just outside San Francisco is Silicon Valley, the area where most technology giants are headquartered. With its location in the far north of California, San Francisco is not the place to go for sunbathers. In the summer you can have comfortable temperatures during the day, but most people will have to bring a warm sweater and maybe a jacket for use in the evening or in the morning, where the temperature is rarely more than 12-13 degrees.

It no longer has to cost a shirt to travel to San Francisco. Norwegian is one of the airlines that takes you directly to the big city from Oslo Airport – a journey that takes around 11 hours. However, this route only runs during the summer months, and apart from this you will have to have a stopover. The time difference between San Francisco and Norway is nine hours, so you make good money on it when you travel to the city. The currency in America is known to be the US dollar.

The price level in San Francisco is as with most tourist cities – turned up where tourists travel. It will not be perceived as particularly cheap to holiday here, especially not when shopping in the city center or eating at tourist places such as Pier 39. Remember that everyone in the US expects tips of between 10 – 20 percent, whether it is a taxi or a waiter . Furthermore, San Francisco is a safe city to stay in for tourists, but one should be careful where one moves in the evening.

Hotels and restaurants in San Francisco

If you want to live centrally and with a high standard in central San Francisco, then you must expect to pay for it. Accommodation here can be very expensive, and on a par with New York. However, there are many simpler motels and hotels in a worse location where you can stay for a reasonable price, which will work very well if you have a rental car, which we also recommend if you want to see all the city’s attractions.

San Francisco is a city you can stay in for a long time without having the feeling of seeing everything. The special building and the fact that large parts of the city are built around the top of a hill is unique in itself, but you will of course see the most famous tourist attractions. 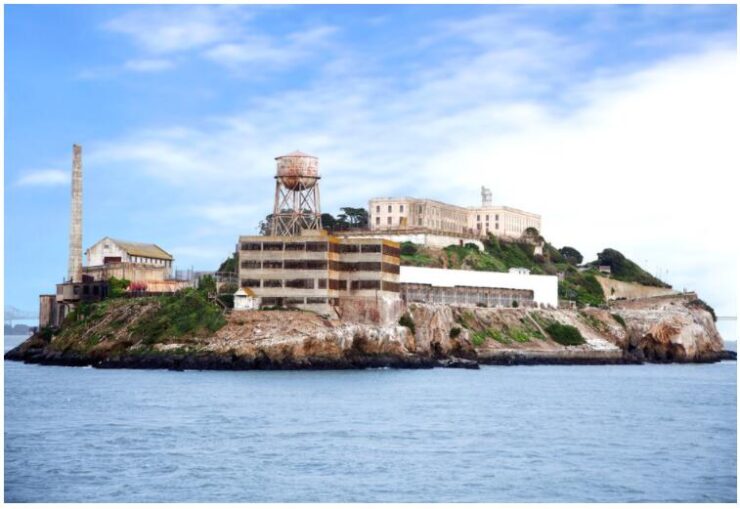 Alcatraz is probably the world’s most famous prison, which has now been closed for many years. It is located on an island just outside the center, and a ferry ride of about 20 minutes. A visit here is highly recommended and can hardly be described, you are taken on a journey back in time that almost feels surreal. Highly recommended, but tickets are usually sold out a month (!) In advance during the summer months. NB! A tip is to show up at the ticket counter on Pier 33 before 06:00 in the morning and line up. Every day, 150 extra tickets are sold for the day’s trips, and even if the ticket window does not open until 08:00, you must be out well in advance. This is “secret” info, but the undersigned himself has secured tickets during a visit in July in this way. 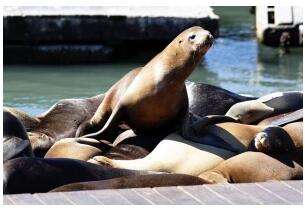 At Pier 39 you will find the busiest crowds in the city. Here are many tourist restaurants and specialty shops, which sell everything from electronics to souvenirs and special niche products. Entertainment also takes place, at the same time as a giant flock of sea lions has settled right next to the quay. 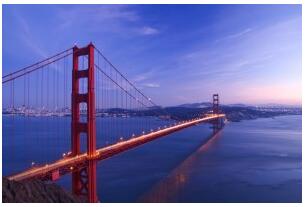 The unique Golden Gate Bridge is almost the symbol of San Francisco itself, and what you often see on postcards or stamps. It is over 70 years old and is the world’s second largest suspension bridge. We recommend a drive over the bridge, and up to the viewpoint on the other side, where you can also see the remains of an old defense fort.

The trams in the center 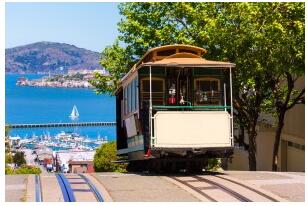 San Francisco is also known for its steep slopes, and for the nostalgic trams that run downtown. They look exactly like they have done for many decades, and are first and foremost a means of transport, but many tourists like to take the trip just for the sake of the experience. Be prepared for long queues to get on a cart! 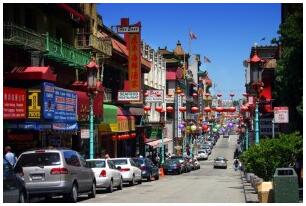 Most American cities have their own Chinese neighborhood, but there is something unique about Chinatown in San Francisco. Suddenly the whole atmosphere changes, and it is almost as if you are in China. We recommend that you visit everything from exotic shops to museums and restaurants.