According to Abbreviationfinder, with population of 3,205,958, Utah is the 30th largest state among U.S. 50 states, and UT is the two letter abbreviation for Utah. Here, we provide a list of major rivers and mountains in the state of Utah. 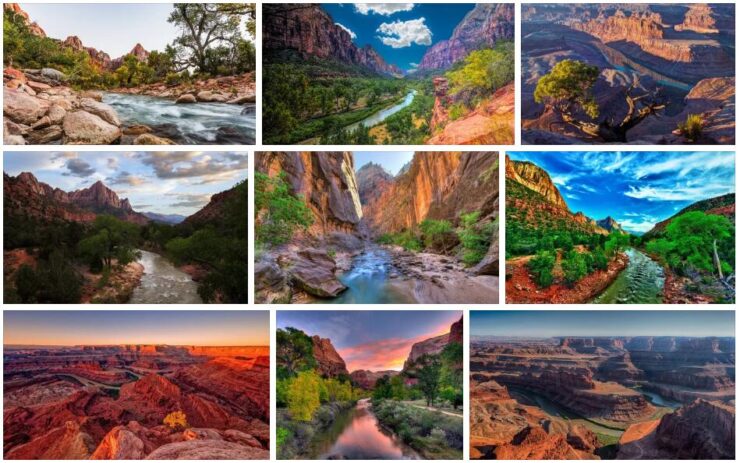 San Juan River
The San Juan River is a tributary of the Colorado that flows through the states of Utah, New Mexico and Colorado. It is 644 km long and flows into Lake Powell. He is particularly known for his fishing grounds near the city of Aztec in New Mexico. It is one of the most productive trout grounds in the United States. 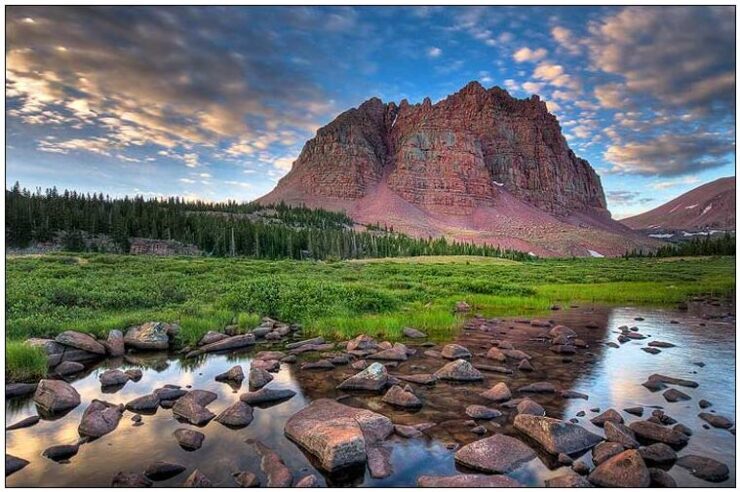 Kings Peak
With a height of approximately 4,123 m, Kings Peak is the highest mountain in the state of Utah. Kings Peak is located in northeastern Utah in the Uinta Mountains, which are part of the Rocky Mountains. Kings Peak is also in the High Uintas Wilderness Area. There are a total of 3 routes available to climb the mountain. The southern route is certainly the easiest, even if it is relatively long.

Abajo Peak
The Abajo Peak has a height of approx. 3,465 m and is located in the southeast of Utah in the mountain range of the Abajo Mountains. The mountain is surrounded by the Manti-La Sal National Forest. From the top of the mountain there are wonderful views of the surrounding landscape, especially the Four Corners region, where the states of Utah, Arizona, Colorado and New Mexico meet.

Delano Peak
The Delano Peak is located in the mountain range of the Tushar Mountains and is the highest point at about 3,711 m. The mountain is surrounded by the Fishlake National Forest in southwest Utah

Mount Peale
The mount has a height of approx. 3,879 m and is the highest mountain in the La Sal Mountains in southeastern Utah. Mount Peale is relatively isolated and rises spontaneously, which gives it an outstanding prominence. The best way to climb Mount Peale is from La Sal Pass.

Navajo Mountain
Navajo Mountain, at 3,166m, is located in southern Utah near the border with the US state of Arizona. Navajo Mountain is a free-standing mountain and does not belong to any mountain range. In the Diné language, the mountain is called Naatsis’áán and this means “head of the earth”.

Lakes and reservoirs in Utah

Bear Lake
Bear Lake is an approximately 282 km² lake that is located in the states of Utah and Idaho. In summer, Bear Lake is a popular destination because of its beaches, but also because of its deep blue color. Anglers will also find a good place here.

Lake Powell
Lake Powell in the north of the state of Arizona is a reservoir with an area of ​​approximately 658 km². After Lake Mead, Lake Powell, which also extends to the state of Utah, is the second largest reservoir in the entire United States. The lake was created in 1963 with the completion of the Glen Canyon Dam and was dammed by the Colorado River until 1980, but the lake’s water level has been falling for several years. Nowadays the lake is a popular recreation area. The best starting point to enjoy the lake is the town of Page at the southern end of the lake. The area around the Glen Canyon National Recreation Area is around the lake.This protected area is visited by approximately 2 million guests annually. These are spread over 4 campsites and many other accommodation options.

Sevier Lake
Sevier Lake is an approximately 487 km² large drainless lake in western Utah. The lake is mainly fed by the Sevier and Beaver River. In the past, the lake was often dry and caused numerous dust storms. Since the lake has no natural runoff, the salinity of the lake is extremely high.

Utah Lake
With an area of ​​approximately 392 km², Utah Lake is the largest freshwater lake in the state of Utah. The lake serves as a resting place for numerous migratory birds in autumn. Since 1970, the area around the lake has been the Utah Lake State Park, making it a popular local recreation area.