According to Abbreviationfinder, with population of 884,659, South Dakota is the 47th largest state among U.S. 50 states, and SD is the two letter abbreviation for South Dakota. Here, we provide a list of major rivers and mountains in the state of South Dakota. 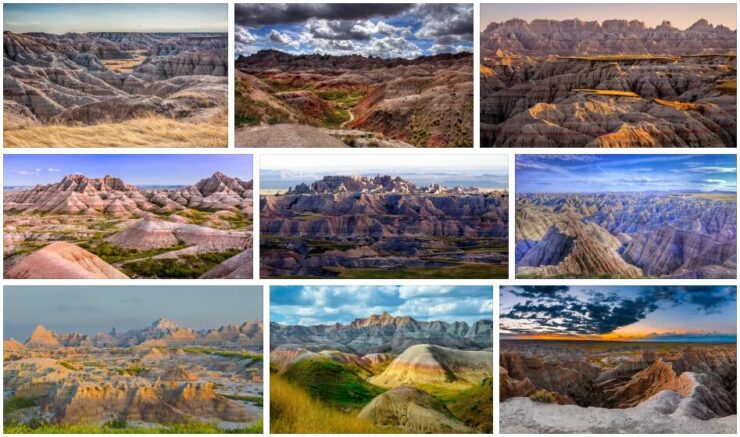 Cheyenne River
The Cheyenne River is approximately 475 km long and rises in the northeast of the state of Wyoming. On its way through South Dakota, the tributary of the Missouri flows south of the Black Hills to unite with the Missouri at its mouth in Lake Oahe.

Harney Peak
At 2208 m, Harney Peak is the highest mountain in the state of South Dakota. It is located in the Black Hills and is logically the highest point. Furthermore, Harney Peak is the highest elevation in the United States, but only east of the Rocky Mountains. There is an observation deck at the top of Harney Peak. From which you can overlook the Black Hills.
The mountain range of the Black Hills is located in western South Dakota and northeastern Wyoming. The Black Hills cover an area approximately 160 km long and 96 km wide. The history of this mountain range is particularly interesting. If these mountains were considered sacred to the Lakota-Sioux, settlers in the past searched and found gold, coal, iron and now even petroleum and uranium. The Black Hills are particularly interesting from a tourist perspective, as they include the Mount Rushmore National Memorial, the Crazy Horse Memorial, Custer State Park and two cave systems of outstanding importance, the Wind Cave National Park, the Jewel Cave National Monument and the Monolith Devils Tower National Monument.

Terry Peak
The Terry Peak is also a mountain in the Black Hills and is considered a particularly popular ski area. Skiing has existed here since 1936. Today there are 4 lifts and 30 runs.

Lakes and reservoirs in South Dakota

Lake Thompson
With an area of ​​approximately 50 km², Lake Thompson in the east of South Dakota is one of the largest natural lakes in the state. However, the size of the lake varies widely. In the 1930s the lake was completely dry. Lake Thompson is ideal for fishing. If you want to take it easy, stay overnight in the Lake Thompson Recreation Area.

Lake Oahe
Lake Oahe is centrally located in northern South Dakota and has been dammed up by the Oahe Dam since 1963. With a maximum extension of 1,453 km², Lake Oahe is the fourth largest reservoir in the USA. In addition to the generation of energy, the Oahe dam is also used for flood control. Due to its enormous size, it has a coastline of approximately 3,600 km, there are over 50 designated recreation areas on its banks.