According to Abbreviationfinder, with population of 12,801,989, Pennsylvania is the 5th largest state among U.S. 50 states, and PA is the two letter abbreviation for Pennsylvania. Here, we provide a list of major rivers and mountains in the state of Pennsylvania. 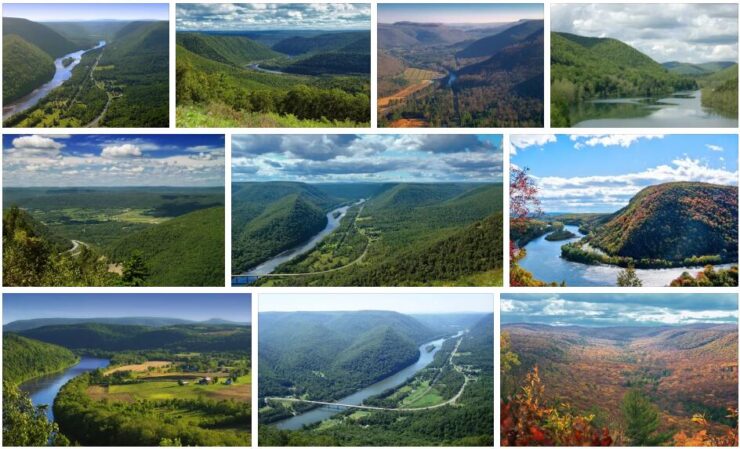 Mount Davis
Mount Davis is approx. 979 m high and is the highest mountain in the state of Pennsylvania. Mount Davis is located in the southeast of the state in the Alleeheny Mountains. The top of Mount Davis is adorned with an observatory.
This has a viewing platform, which gives visitors wonderful views of the surrounding landscape. 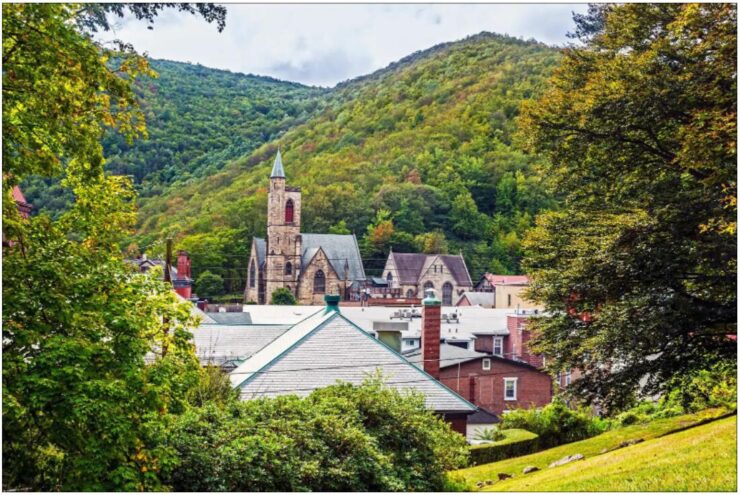 Lakes and Reservoirs in Pennsylvania

Allegheny Reservoir
The Allegheny Reservoir, also known as Kinzua Lake, is located in the northwestern part of the state of Pennsylvania. The reservoir covers an area of ​​approximately 86 km². The lake has been dammed up by the Kinzua Dam since 1965. Allegany State Park is by the lake.

Lake Erie (Lake Erie)
With an area of ​​approximately 25,745 km², Lake Erie is the fourth largest of the large lakes. It is the southernmost of the Great Lakes and represents the border between Canada in the north and the USA in the south. The maximum depth of Lake Erie is 64 m. The inlet into Lake Erie is through the Detroit River from Lake Huron and its outlet is the Niagara River, which forms the Niagara Falls, into Lake Ontario. The lake is named after the Indian tribe of the Erie who lived on its banks. The area around the lake is a popular wine-growing area. The states of Pennsylvania, Ohio, New York and Michigan are located on the American side of the lakein the West. In winter there is so-called lake effect snow, which makes the surrounding area the snowiest in the USA. The lake is very popular with visitors because it offers numerous activities. The numerous shipwrecks offer excellent diving opportunities and the many parks and islands also invite you to switch off. In Pennsylvania, Lake Erie is only a small part and the coastline is approximately 82 km long. The largest city in Pennsylvania, located on Lake Erie, is Erie. It is also the only port in Pennsylvania on Lake Erie.

Raystown Lake
Raystown Lake is a reservoir in southern Pennsylvania and is the largest lake in Pennsylvania with an area of ​​approximately 43 km². The lake has been formed by the impoundment of the Raystown Branch Juniata River since 1913. The main task of the lake is flood control, but is also used for energy generation.