According to Abbreviationfinder, with population of 1,359,711, New Hampshire is the 42nd largest state among U.S. 50 states, and NH is the two letter abbreviation for New Hampshire. Here, we provide a list of major rivers and mountains in the state of New Hampshire. 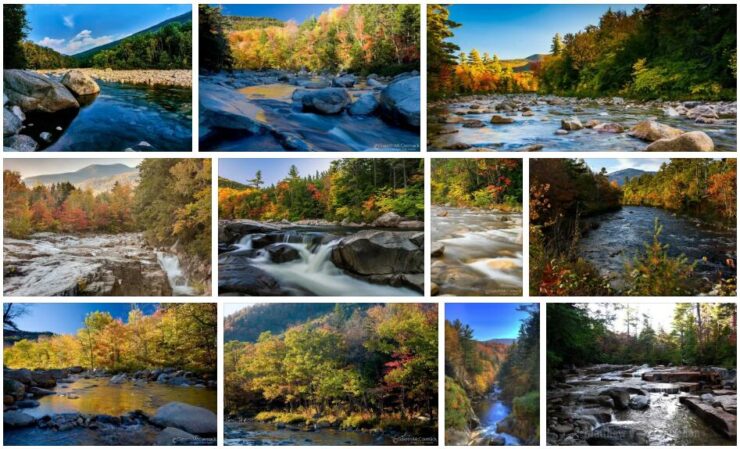 Saco River
The Saco River has a length of about 216 km and flows in the northeastern part of New Hampshire and southwestern part of Maine. The river flows from Saco Lake in the White Mountains in New Hampshire and flows southeast towards its mouth into Saco Bay in Maine and thus towards the Atlantic Ocean. The Saco River serves as a place of relaxation for many. It contains rapids that make it very popular with canoeists, but also anglers get their money’s worth. It should also be mentioned that there are many sandy beaches on the banks of the Saco River. Wild camping is allowed on many of these beaches. 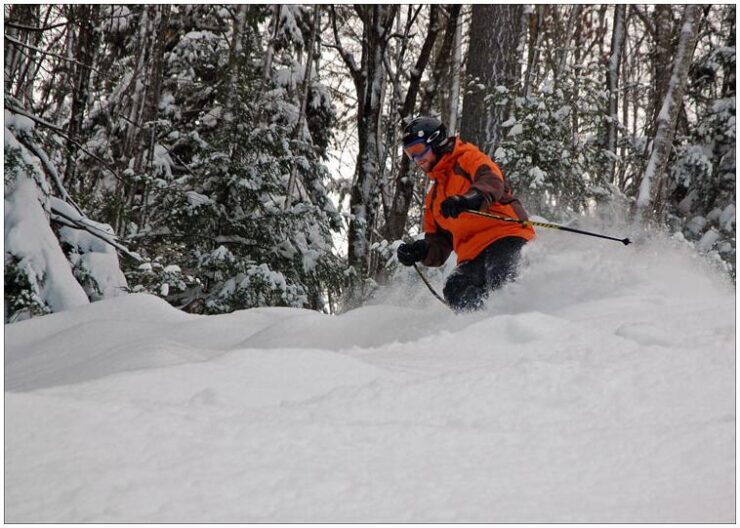 Mount Washington
Mount Washington is approximately 1,917 m high, making it the highest mountain in the state of New Hampshire and the highest mountain in the northeastern United States. The mountain is located in northern New Hampshire in the White Mountains, which are among the Appalachian Mountains. The Indians called the mountain Agiocochook, which means “the home of the Great Spirit”.
Mount Washington was first demonstrably climbed by Darby Field in 1642. Due to the climatic conditions, strong wind movements take place around Mount Washington. A wind speed of 372 km / h was measured here in 1934. Mount Washington State Park is located around the mountain and the wider region is protected by the White Mountain National Forest. There is a visitor center at the top of Mount Washington. From May to October you can use a paid road to get to the summit. A cog railway also makes it possible to get to the summit. But if you want to spend yourself, you can also try one of the 15 hiking trails, which can be seen as steep.

Mount Lafayette
Mount Lafayette is approximately 1,600 m high and is located in the White Mountains in northwestern New Hampshire. The mountain is very popular with tourists because it can be climbed in a day tour without major problems and on the summit you can enjoy wonderful views of the surrounding area. There are several hiking trails to choose from. The mountain is named after the French General Lafayette.

Mount Monadnock
Mount Monadnock has a height of approx. 965 m and is located in the south of New Hampshire west of the city of Manchester. The mountain is considered the most frequently climbed mountain in the world. It is not a mountain range, but rises almost alone. This makes it quite outstanding and unique for the region south of the White Mountains and east of Massachusetts. The easiest route for the ascent is the White Arrow Trail with a length of approx. 3.7 km. Mount Monadnock State Park is also located here.

Lakes and reservoirs in New Hampshire

Lake Winnipesaukee
Lake Winnipesaukee has an area of ​​approx. 186 km² and is located in eastern New Hampshire in the so-called lake region. It is the largest lake in the state of New Hampshire and has a maximum north-south extent of 41 km and a maximum east-west extent of 16 km. Its maximum depth is 55 m. There are about 250 islands in the lake and numerous peninsulas protrude into it. The area around the lake has long been a popular excursion destination and tourist boats run on it in summer.

Squam Lake
Squam Lake has an area of ​​approximately 27.5 km² and is located in eastern New Hampshire in the so-called lake region. Squam Lake has a maximum north-south extent of 11.3 km and a maximum east-west extent of 7.4 km, making it the second largest lake in New Hampshire. There are several small and large islands in the lake. The area around the lake is considered a tourist region.