According to Abbreviationfinder, with population of 3,080,156, Nevada is the 33rd largest state among U.S. 50 states, and NV is the two letter abbreviation for Nevada. Here, we provide a list of major rivers and mountains in the state of Nevada. 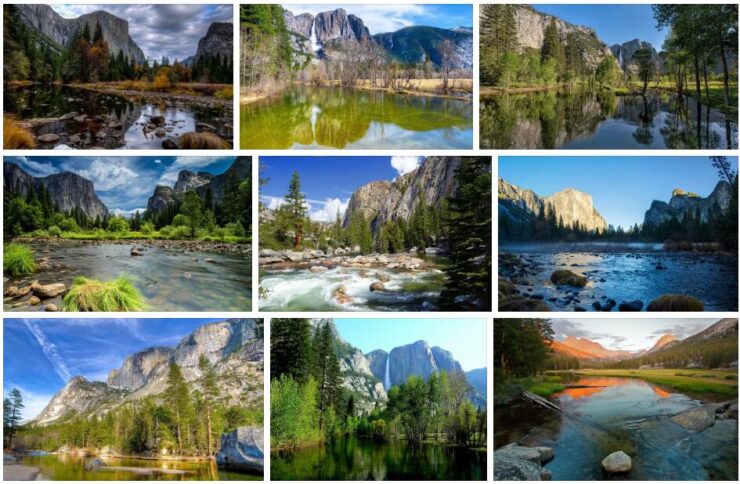 Carson River
The approximately 211 km long Carson River flows through northwestern Nevada. The Carson River is created by the confluence of its two exit arms, which originate in California, near the California border at Carson City. The river flows into the so-called Carson Sink and evaporates there. Wild beavers have been breeding on the Carson River since the 1940s.

Quinn River
The Quinn River is an approximately 177 km long river in northwest Nevada. The Quinn River originates in the mountain range of the Santa Rosa Range in northern Nevada and flows from there in a southwesterly direction into the Black Rock Desert where it gradually evaporates.

Walker River
The Walker River has a length of approx. 100 km and flows in western Nevada. The river was created by the confluence of its two source arms on the California border. The Walker River flows into Walker Lake, which has no drain.

Boundary Peak
The highest mountain of Nevada is the Boundary Peak with a height of 4.005 m. The mountain is on the border with California and belongs to the White Mountains. The Boundary Peak Wilderness Area extends around the mountain. If you want to climb the mountain you should do this from Nevada, since the ascent is much easier from here.

Charleston Peak
The Charleston Peak is 3,632 m high and is the highest mountain in the Spring Mountains. Around the mountain is the Mount Charleston Wilderness Area and the mountain is approximately 55 km northwest of Las Vegas. If you look well enough on the strip in Las Vegas you can see the top of Charleston Peak. The mountain and the area surrounding it are preferred local recreation areas and offer hiking and skiing opportunities. This area is also home to many of the awl pines typical of the region.

Mount Grant
The Mount Grant has a height of approx. 3425 m and is thus the highest mountain in the mountain range of the Wassik Range in western Nevada. Walker Lake is located at the eastern foot of the mountains.

Wheeler Peak
The Wheeler Peak has a height of approx. 3,982 m and is the highest peak in the mountain range of the Snake Range in eastern Nevada. Wheeler Peak is the second highest mountain in Nevada, but is considered by many to be the highest mountain in Nevada because, unlike Boundary Peak, it is located exclusively in Nevada. Wheeler Peak is located in the Great Basin National Park. Visitors will find not only the oldest organisms in the world, two pine trees named Prometheus and Methuselah that are up to 5,000 years old, as well as the Lehman Caves stalactite caves.

Lakes and reservoirs in Nevada

Lake Mead
With an area of ​​640 km², Lake Mead in southeast Nevada or northwest Arizona is the largest reservoir in the USA. Behind the Hoover Dam, the lake is 180 km long and 180 m deep. Around the lake is the Lake Mead National Recreation Area. This nature reserve is one of the most popular in the United States. Visitors can enjoy boat trips, indulge in fishing or start hiking in the neighboring desert areas. A special feature of Lake Mead is the fact that several communities had to be abandoned in order to be able to build up the lake. At low tide, the ruins of St. Thomas can still be seen.

Lake Mohave
Lake Mohave in southeastern Nevada or northwest Arizona is a reservoir with an area of ​​approximately 107 km² and represents the border between the states of Nevada and Arizona. Since 1951 the Davis Dam has been damming the Colorado River. The lake is located 110 km downstream of the Hoover Dam. Lake Mohave is located in the Lake Mead National Recreation Area and is very popular with anglers due to the trout population.

Lake Tahoe
Lake Tahoe is an approximately 497 km² lake in the Sierra Nevada on the border of the states of California and Nevada. The alpine lake lies at an altitude of 1900 m and has a maximum depth of 501 m. The area around Lake Tahoe is a very popular tourist region. So there are many ski areas, but also summer resorts. Here the visitor is not only offered wonderful nature, but also all other conceivable tourist needs are met. There are also legends about the lake, according to which a sea monster is said to live in it.

Walker Lake
The Walker Lake has an area of ​​approx. 130 km² and is located in western Nevada. The drainless lake is fed by the Walker River. Due to the lack of drainage, the water supplied evaporates and ensures a high salt content in the water. Unlike in Pyramid Lake, the salinity of Walker Lake is so high that many of the lake’s fish species are threatened.