According to Abbreviationfinder, with population of 1,068,778, Montana is the 44th largest state among U.S. 50 states, and MT is the two letter abbreviation for Montana. Here, we provide a list of major rivers and mountains in the state of Montana. 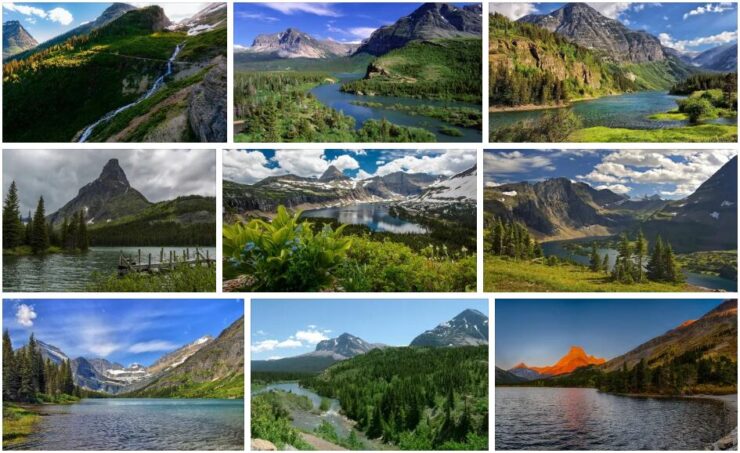 Missouri River
The Missouri River is a 4,130 km long tributary of the Mississippi and flows through the states of Montana, North Dakota, South Dakota, Nebraska, Iowa, Kansas and Missouri. This makes the Missouri longer than the actual Mississippi and could be described as the longest river in the USA. The Missouri is created by the confluence of the Jefferson River and Madison River in southwestern Montana. It is not for nothing that he is called “Big Muddy”. With a catchment area of ​​1,371,010 km², the Missouri River, which consists of a high proportion of mud, covers one sixth of the total area of ​​the country. It got its name from the Indian tribe of the Missouri. The Missouri River forms the exact border between the states of Nebraska and Missouri and was an important trade route for the state.

Roe River
The Roe River is a very special river, because of its length it is in the Guinness Book of World Records. With a length of only approx. 61 m, the Roe River is the shortest river in the world. The Roe River originates from the Great Springs in Great Falls and flows into the Missouri River, which, together with the Mississpippi, forms the longest river system in the United States. Big and small can be so close together.

Lakes and reservoirs in Montana

Canyon Ferry Lake
The Canyon Ferry Lake, which is located in the west of Montana near the capital Helena, is the third largest lake in Montana with an area of ​​approximately 142 km². The Missouri River has been dammed here since 1954. In addition to energy generation and flood control, the reservoir is now a very popular local recreation area.

Fort Peck Lake
The Fort Peck Lake, which is located in the northeast of Montana, is the fifth largest reservoir in the USA with a volume of approximately 23.1 km³. The lake has been dammed up since 1940. Fort Peck Dam was built to prevent flooding of the Missouri River. Nowadays, the lake is used extensively for tourism, as there are 27 recreational areas around it and almost the entire lake is enclosed by the Charles M. Russell National Wildlife Refuge. 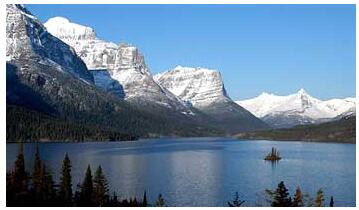