According to Abbreviationfinder, with population of 2,913,314, Kansas is the 36th largest state among U.S. 50 states, and KS is the two letter abbreviation for Kansas. Here, we provide a list of major rivers and mountains in the state of Kansas. 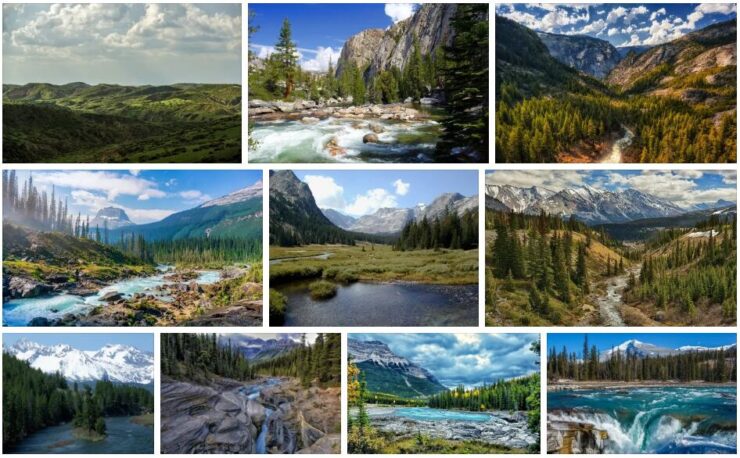 Kansas River
The Kansas River is an approximately 274 km long tributary of the Missouri River and the namesake of the state of Kansas. The Kansas River is formed by the confluence of the Republican River and Smoky Hill River near the city of Junction City in northeastern Kansas and flows from there in a principally eastward direction towards its mouth in the Missouri. This takes place in the eastern metropolitan area of ​​Kansas City.

Mount Sunflower
At 1,239 m, Mount Sunflower is the highest elevation in Kansas. However, one should not imagine that it is in a mountain, as the name suggests. This is meant rather ironically, because Mount Sunflower is located on a high plateau in the far west of Kansas on the border with Colorado and actually has no perceptible height difference from its surroundings. On the “summit” there is a steel sunflower and the sign that says Mt. Sunflower, otherwise you would not know it. There is also the lettering “nothing happened here in 1897”.

Flint Hills
The Flint Hills is a slightly hilly region in the east of Kansas with an average height of 512 m. The region is characterized by a prairie landscape, but also offers forests and is very popular in Kansas due to its scenic beauty.

Lakes and reservoirs in Kansas

El Dorado Lake
The El Dorado Lake reservoir is located in southeast Kansas and has been dammed up since 1981. El Dorado Lake covers an area of ​​approximately 32 km² and is partially surrounded by nature reserves.

Milford Lake
The Milford Lake is the largest lake in the state of Kansas with an area of ​​64 km². Milford Lake is located in northeast Kansas and is a popular local recreation area and even more popular hunting ground.