According to Abbreviationfinder, with population of 6,732,219, Indiana is the 17th largest state among U.S. 50 states, and IN is the two letter abbreviation for Indiana. Here, we provide a list of major rivers and mountains in the state of Indiana. 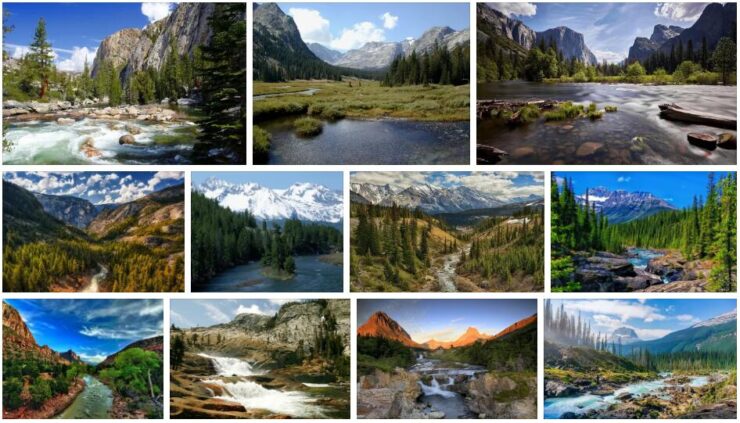 Maumee River
The Maumee River is an approx. 210 km river in the northwest part of Ohio and in the northeast part of Indiana. The river is created by the confluence of the St. Joseph and St. Marys River near the city of Fort Wayne. The river flows into Lake Erie near the city of Toledo, Ohio. In the past, the river was also known as the Miami River, which shows contracts with the area’s natives. Every spring there is a hike in the Maumee River that is unparalleled east of the Mississippi. So glass perch make their way to Lake Erie and ensure one of the largest fish walks.

Kankakee River
The Kankakee River is a 145 km long tributary of the Illinois River. The source of the river is near the city of South Bend. The Kankakee River connects in Illinois with the Des Plaines River and so both rivers form the Illinois River. The river flows through northwest India and northwest Illinois through mainly rural areas. Until the early 19th century, however, the river was 384 km long and was used by traders, especially French fur traders. In the mid-19th century, the marshy spring area of ​​the river was started to be used for agriculture, which had a significant effect on the Kankakee River. Nowadays the river is a popular recreational destination for canoeing and fishing.

White river
The White River flows from the east of India to the southwest to the Illinois border. Actually there are 2 rivers which are called West Fork and East Fork. The West Fork has a length of approx. 440 km and the East Fork has a length of approx. 261 km. The two arms of the river merge southwest of the city of Washington. From there the White River flows approx. 70 km further west and flows into the Wabash River near the town of Mount Carmel in Illinois. However, the water quality of the White River leaves much to be desired. For example, massive fish deaths occurred in 1999 due to pollution. After investing in improved sewage treatment plants, the river is now in a much better position, which can also be seen from the tourist use of the river. The river is a popular local recreation area where fishing and canoeing are not neglected. There is also a White River Yacht Club.

Wabash River
The Wabash River has a length of approx. 790 km and flows from northeastern Indiana to the most southwestern point of Indiana. The source of the Wabash River, which is a tributary of the Ohio River, is near the Fort Recovery community in western Ohio. After about 140 km the river is dammed up at the city of Huntington. On its further course there are no more dams and with that the Wabash River with approx. 661 km is the longest dam-free river east of the Mississippi. After the city of Terre Haute, the Wabash River forms the border between the states of Indiana and Illinois. The river changed course over time, but Indiana and Illinois still consider the middle of the river as their limit. The confluence of the Wabash River and the Ohio River takes place at the most southwestern point in India near Evansville. The name of the river originally comes from the language of the Miami Indians and means something like water over white stones. This is probably due to the fact that in the source area of ​​the river the river bed mostly consists of white limestone and this was previously clearly visible due to the fairly clear water. During the late 19th and 20th centuries, the route from the mouth of the Wabash River to the Terre Haute was used by steamers. Furthermore, the Wabash River, due to the fact that it is not jammed for a long distance a popular fishing area where you can fish for carp, catfish and zander. Perch, trout, crayfish, vulture turtles, box turtles and the like can also be found in and on the river – Water moccasin. Since the Wabash River flows through much of the state of Indiana, it is the official state river Indiana and is prominently featured in Paul Dresser’s official state song “On the Banks of the Wabash, Far Away”.

Hoosier Hill
The state of Indiana has an average height of approximately 230 m above sea level. Indiana is due to geological influences such as glaciers a rather “flat” federal seed that has no mountain ranges or landscape faults.

The highest mountain in India, or the highest point, is Hoosier Hill with a height of 383m. Hoosier Hill is located in the eastern part of the state near the Ohio border. Since it is located around the Hoosier Hill at an average height of 335 m +/- 30 m above sea level, the height difference between Hoosier Hill and its surroundings is only around 9 meters. To the north of nearby Randolph County is a landfill that, if approved, can be expanded to become the highest point in India. Nevertheless, since 2005 there is a hiking trail to Hoosier Hill, which is on a private property, and on the “top” of Hoosier Hill a picnic area has been created where hikers can linger. 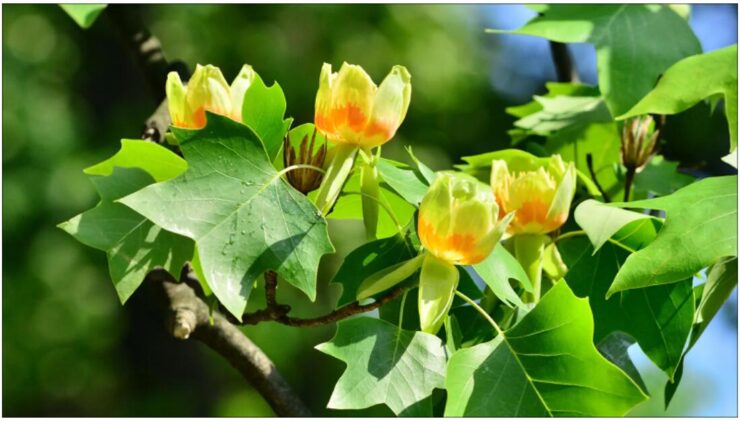 Lakes and Reservoirs in Indiana

Lake Maxinkuckee
The Lake Maxinkuckee has an area of ​​approx. 8 km² and is the second largest natural lake in Indiana. Lake Maxinkuckee is located in the north of the state of Indiana near the community of Culver. The maximum depth of the lake is 27 m and the average depth is about 9 m. In the past, Indian tribes settled here that can be attributed to the culture of the mound builders. Even today the artificial hills created by the Indians can be found around the lake. The lake is a popular local recreation area, especially in winter. Then ice fishing is practiced on the lake, mostly fishing for perch.

Lake Monroe
Lake Monroe is an approximately 44 km² reservoir near the city of Bloomington in central Indiana. Lake Monroe is the largest lake in the state of Indiana and includes several nature reserves. Lake Monroe Dam was built from 1960 to 1965 and builds up Salt Creek. The lake serves as a fresh water reservoir for the city of Bloomington and as protection against flooding in the further course of Salt Creek. The lake is also used for relaxation today. So you can enjoy driving on a boat, water skiing or fishing. However, due to the protection status, fishing is not allowed everywhere. In general, fishing in the lake has only been permitted since 1985. South of the lake is the Charles C. Deam Wilderness Area.

Lake Wawa
Lake Lake Wawa is located in northeastern India and has an area of ​​approximately 12 km². Lake Wawa Lake is the largest natural lake in Indiana and has a maximum depth of approximately 22 m. Around the lake there are several jetties for smaller boats as well as the Wawasee Yacht Club. More visitors are attracted to Independence Day due to the fireworks over the lake. Otherwise, the lake is a popular destination for visitors from Chicago and Indianapolis, who use the lake and the surrounding nature for recreation.