According to Abbreviationfinder, with population of 21,477,737, Florida is the 3rd largest state among U.S. 50 states, and FL is the two letter abbreviation for Florida. Here, we provide a list of major rivers and mountains in the state of Florida. 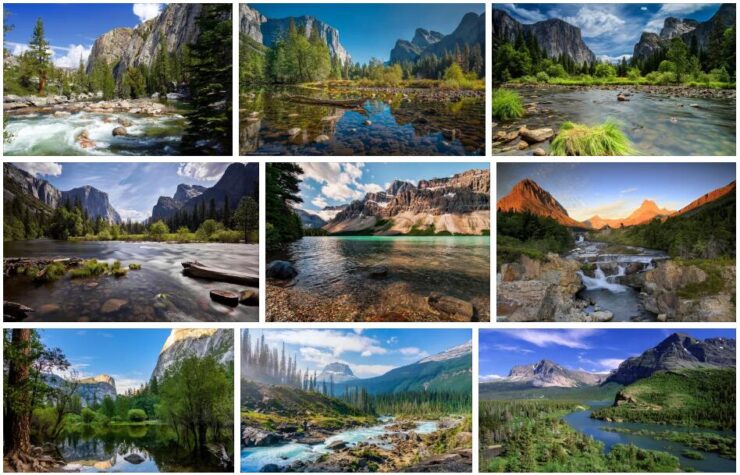 Kissimmee River
The Kissimmee River in southern Florida with a length of approx. 215 km. The Kissimmee River originates from the East Lake Tohopekaliga and flows from there in a southeasterly direction to Lake Okeechobee. From 1962 the river was heavily channeled to prevent flooding. Of course, this did not leave the environment in its natural state and so since 1997 the river has been renatured.

Miami River
The Miami River is only 9 km long. It rises in the Everglades and flows from there through the city of Miami towards the Atlantic. The river is heavily straightened and used and has little to do with a natural river. Nevertheless, it has its charms. In Miami you can stroll along the Miami Riverwalk, drink coffee or just enjoy the sun.

Perdido River
The Perdido River is 100 km long and covers much of the length of the border between the states of Florida and Alabama. The river has also served as a border in the past. However, this often changed between French, British and Spanish. The source of the Perdido River is found near Atmore in Alabama and its confluence is near Penscola in the Gulf of Mexico.

Britton Hill is the highest natural elevation in the US state of Florida.
Britton Hill is only 105 m above sea level. Britton Hill is located in northeast Florida in the so-called Panhandle, near the small town of Lakewood in the immediate vicinity of the Georgia border.
Due to the relatively flat geography of Florida, the height difference from the surrounding area is only about 8 m. The tallest building in Florida, the Four Seasons Hotel & Tower, is 240 meters high.

Lake Apopka
Lake Apopka has an area of ​​approximately 125 and is located in central Florida near the city of Orlando. The lake is considered very polluted but the government is working with laws to improve the water quality of the lake. Birds died here in 1998, which can be attributed to pesticide residues in the water.

Lake Jackson
Lake Jackson is located in northwest Florida near the city of Tallahassee. It has an area of ​​16 km² and is characterized above all by its special flora and fauna. Lake Jackson Mounds Archaeological State Park is on the edge of the lake. This state park is one of the most important archaeological sites in Florida. Remains of former cultures such as Mississippi culture can be found here.

Lake Kissimmee
Lake Kissimmee is located in central Florida and covers an area of ​​approximately 141 km². Around the lake is the Lake Kissimee State Park which attracts visitors due to the beautiful nature. Here you can find lynxes, eagles and wild turkeys.

Lake Munson
Lake Lake Munson is a relatively shallow lake with an area of ​​approximately 1 km² near Tallahassee. The area around the lake is extremely lovely with its willows and swamp cypresses. The lake is still ideal as a fishing ground for perch.

Lake Okeechobee
With an area of ​​approx. 1,900 km², Lake Okeechobee is the largest lake in Florida, which popularly earned it the name Big Lake. The lake is in southern Florida and has no real drain. The famous Everglades were created in connection with numerous floods that flowed to the south. The well-known National Scenic Trail also runs along the lake.

Lake Seminole
Lake Seminole is a reservoir located on the state border of Georgia and Florida. The lake now has an area of ​​152 km² and has been dammed up by the Jim Woodruff Dam since 1952. In addition to fishing, alligators live in the lake and the area around the lake is known as the goose hunting area. 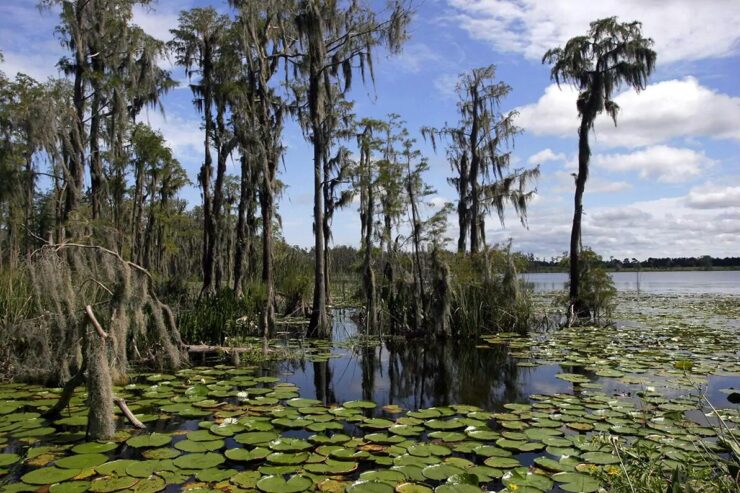