According to Abbreviationfinder, with population of 39,512,223, California is the 1st largest state among U.S. 50 states, and CA is the two letter abbreviation for California. Here, we provide a list of major rivers and mountains in the state of California. 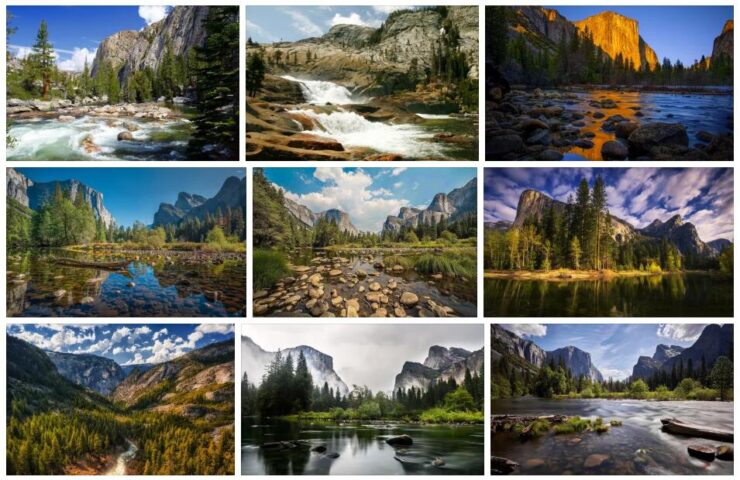 Sacramento River
The Sacramento River is approximately 607 km long and the longest river in the state of California and flows in the northern part of the state. The river originates from Lake Siskiyou and flows from there to the south and merges near Sacramento with the San Jaoquin River and flows from there into the bays of San Francisco. Because of this, it is more common for whales and sea lions to venture too far inland in search of food and no longer find the way back to the Pacific.

Amargosa
The Amargosa is a temporarily flowing river with a length of approx. 320 km. The river only flows with large amounts of rain and seeps away in Death Valley.

Eel River
The Eel River in northern California has a length of approximately 322 km and is one of the most important rivers in the north of the state. Its source is on Bald Mountain and flows into the Pacific near the city of Eureka. Mainly salmon can be found in the river. Although the river translates as eel river, there is no large eel population in it. The Eel River is a popular kayaking and rafting area.

Klamath River
The Klamath River is approximately 423 km long and is located in southern Oregon and northern California. The river originates from Lake Ewauna in the state of Oregon. From there the river flows through the cascade chain towards the Pacific coast where it flows into the Pacific in Redwood National Park. The river is used for irrigation and many salmon can be found on its upper reaches.

Los Angeles River
This river has a length of only approx. 82 km but is channeled along its entire length through a concrete bed. Many could know this from films such as Terminator and others. The mouth of the river is at Long Beach in the Pacific.

Mojave River
The Mojave River has a length of approx. 180 km and flows in southeastern California in the Mojave Desert. The source of the river is in the San Bernardino Mountains near Hesperia. The Mojave River flows into the Soda Lake if there is a lot of water. Otherwise, it seeps away beforehand.

Mount Eddy
With a height of approx. 2750 m, Mount Eddy is the highest mountain in the Klamath Mountains in northern California. The Klamath Mountains are largely protected forest areas and the particularly rugged area is therefore particularly beautiful. This is also evident in the animal kingdom, which features highlights such as bears, pumas, lynxes and bald eagles. Bigfoot sightings have repeatedly been reported from particularly remote regions of the area.

Mount Shasta
Mount Shasta is the highest peak in the California cascade chain in northern California and reaches a height of 4,322 m. Mount Shasta is an active volcano, making it the second tallest volcano in the United States. The last eruption of Mount Shasta took place in 1786 and in 1854 the mountain was climbed for the first time. 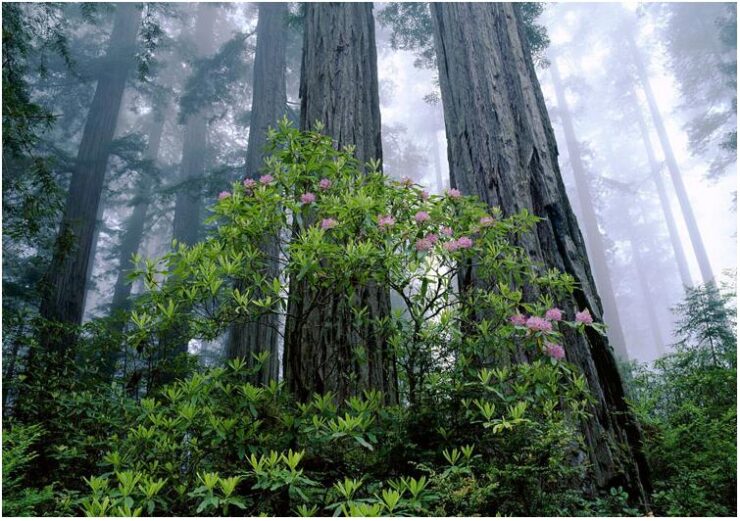 Lakes and Reservoirs in California

Clear Lake
Clear Lake in northeastern California has an area of ​​177 km². Its maximum depth is 18 m and this lake is believed to be the oldest in California.
Clear Lake is a popular recreation area that offers visitors excellent opportunities for fishing, swimming, sailing, windsurfing, and more. The lake is also known as the perch center of the West. In 1850 the Bloody Island Massacre also took place here, in which over 200 Indians were killed by the US Army.

Eagle Lake
The Eagle Lake has an area of ​​approx. 97 km². The lake is located in northeastern California and is known for its wonderful nature.
So, as the name of the lake suggests, there are many eagles. But also a lot of trout populate the lake. Because of the water quality of the lake, these trout are particularly large.

Lake Shasta
With an area of ​​approximately 120 km², Lake Shasta is the largest reservoir in California. Since 1945, the Sacramento River has been dammed up by Shasta Dam to Shasta Lake.
In addition to flood protection and water supply, the lake also serves as a recreation area that offers visitors opportunities for fishing, sailing, hiking and more.

Lake Tahoe
Lake Tahoe is an approximately 497 km² lake in the Sierra Nevada on the border of the states of California and Nevada. The alpine lake lies at an altitude of 1,900 m and has a maximum depth of 500 m.
The area around Lake Tahoe is a very popular tourist region. So there are many ski areas but also summer resorts. Here the visitor is not only offered wonderful nature, but also all other conceivable tourist needs are met.
Legends also surround the lake, so a sea monster is said to live in it.

Oroville Reservoir
The Oroville Dam, which builds up the lake of the same name, is the tallest dam in the USA at 235 m high and 2,317 m long – even before the Hoover Dam on the Nevadada-Arizona border..
The lake is fed by the Feather River and has an area of ​​around 64 km². It has a volume of 4.4 km³ = 4.4 billion water. The dam is located at the foothills of the Sierra Nevada and was opened in 1968.
The lake is used to generate electricity and supplies central and southern California with drinking and irrigation water, as well as for flood protection and as a recreation area.

Lake Soltan (Sea Soltan)
This lake was formed between 1905 and 1907 as a result of a dam breaking a canal that ran off the Colorado River. Its area is 950 km². It is located in the Colorado desert about 135 km northeast of San Diego.
The lake used to be an eldorado of the rich and beautiful. However, due to the inflows from agriculture, the lake began to tip over ecologically, which led to heavy pollution and fish death.
Most hotels are now abandoned and neglected. In addition, the lake is increasingly losing water, which means that the dry parts of the lake lead to health-endangering dust that is blown away by the wind.