According to Abbreviationfinder, with population of 7,278,717, Arizona is the 14th largest state among U.S. 50 states, and AZ is the two letter abbreviation for Arizona. Here, we provide a list of major rivers and mountains in the state of Arizona. 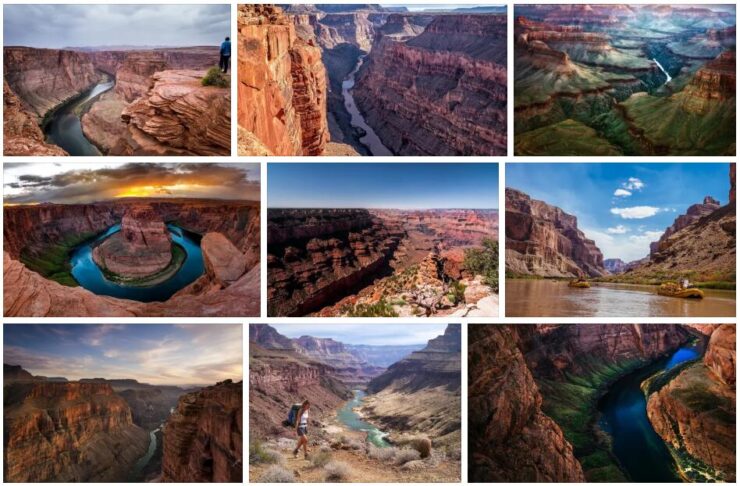 Gila River
The Gila River is an approximately 1,004 km long river in the southern United States. It rises in the state of New Mexico in the Devil’s Mountains and flows westward through Arizona before it flows into the Colorado River near the city of Yuma. From 1848 to 1853, the river was the border between the United States and Mexico.

Salt River
The Salt River is a tributary of the Gila River with a length of approx. 322 km. The Salt River is created by the confluence of the White River and Black River in eastern Arizona. The Salt River is used intensively along its course, so it flows through a total of 4 reservoirs and is heavily used for irrigation at Mesa. This use can already be demonstrated for the prehistoric Hohokam culture, which also created many channels to use the water of the river.

Humphreys Peak
The Humphreys Peak is the highest mountain in the state of Arizona with a height of approx. 3,851 m and is located approx. 20 km north of the city of Flagstaff. Humphreys Peak can be assigned to the mountain group of the San Francisco Peaks, which form a group of no longer active volcanoes. The mountain is located in the Kachina Peaks Wilderness, a nature reserve. The mountain can be hiked on an approx. 8 km long route, but you have to stay on the hiking trail due to the nature conservation of the region. Furthermore, hiking groups may not be larger than 12 people. Special care should be taken in winter as avalanches may occur.

Black Mesa
The Black Mesa is an elevation in northeastern Arizona and is often referred to as the Big Mountain. The maximum height is approx. 2490 m. Coal mining has been going on in this mountain region since the 1960s, which has recently led to criticism, however, because a lot of groundwater is required to remove the coal and the groundwater level sinks by approx. 30 m annually.

Mount Baldy
With an altitude of approx. 3,481 m, Mount Baldy is the second highest peak in Arizona, ignoring the six peaks in the San Francisco Mountains. Mount Baldy is the highest mountain in the White Mountains in eastern Arizona. The mountain got the name baldy (dt. Bald head) due to the fact that it rises above the tree line and only sparsely overgrown. Since the mountain is in the Apache Reserve and is one of the most sacred Apache mountains, it can only be hiked with a permit. The wildlife around Mount Baldy is also worth mentioning. Large stocks and trout as well as the Mexican wolf are found here.

Mount Graham
Mount Graham rises to an altitude of approximately 3,267 m in southeastern Arizona. The mountain is one of the sacred Apache mountains. An important observatory, the Large Binocular Telescope, has been located on this mountain near the border with the state of New Mexico since 2004.

Lakes and Reservoirs in Arizona

Lake Mead
With an area of ​​640 km², Lake Mead in northwest Arizona and southeastern Nevada is the largest reservoir in the USA. Behind the Hoover Dam, the lake is 180 km long and 180 m deep. Around the lake is the Lake Mead National Recreation Area. This nature reserve is one of the most popular in the United States. Visitors can enjoy boat trips, indulge in fishing or start hiking in the neighboring desert areas. A special feature of Lake Mead is the fact that several communities had to be abandoned in order to be able to build up the lake. At low tide, the ruins of St. Thomas can still be seen.

Lyman Lake
Lyman Lake is located in eastern Arizona and was created in 1915 by the Little Colorado River. Today the lake has an area of ​​approximately 6 km². There are numerous hiking trails around the lake in Lyman Lake State Park. The lake itself is ideal for boating, fishing and other sports such as water skiing.

Lake Powell
Lake Powell in the north of the state of Arizona is a reservoir with an area of ​​approximately 658 km². After Lake Mead, Lake Powell, which also extends to the state of Utah, is the second largest reservoir in the entire United States. The lake was created in 1963 with the completion of the Glen Canyon Dam and was dammed by the Colorado River until 1980, but the lake’s water level has been falling for several years. Nowadays the lake is a popular recreation area. The best starting point to enjoy the lake is the town of Page at the southern end of the lake. The area around the Glen Canyon National Recreation Area is around the lake.This protected area is visited by approximately 2 million guests annually. These are spread over 4 campsites and many other accommodation options.

Lake Mohave
Lake Mohave in northwest Arizona is a reservoir with an area of ​​approximately 107 km² and represents the border between the states of Nevada and Arizona. Since 1951 the Davis Dam has been damming the Colorado River. The lake is located 110 km downstream of the Hoover Dam. Lake Mohave is located in the Lake Mead National Recreation Area and is very popular with anglers due to the trout population.

Lake Havasu
Lake Havasu in western Arizona is an approximately 67 km² reservoir that also forms part of the border of the states of California and Arizona. The Parker Dam has been damming the Colorado River here since 1938. In addition to generating energy, Lake Havasu also serves as a drinking water reservoir for southern and central Arizona. The lake is also a popular local recreation area, which is why its water level must not drop too much. The lake is particularly popular with sailors and anglers, who flock to Lake Havasu mainly because of the fishing tournaments and the large numbers of perch. 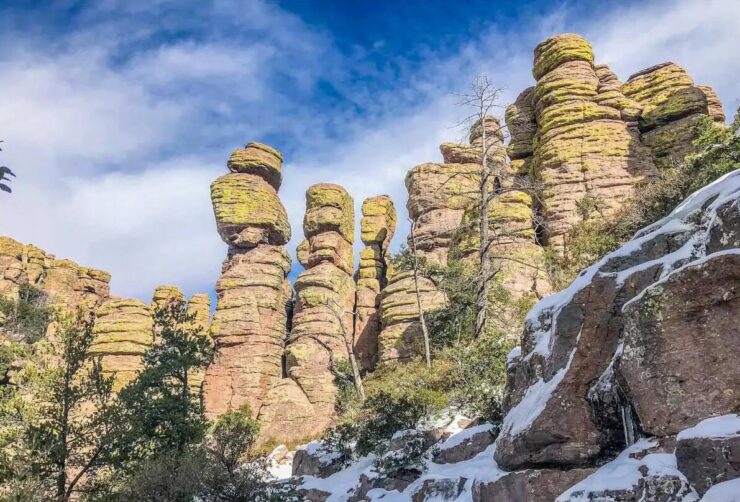