The length and climate of the country gives great variation in plant life. The Andes and the Desert Zone in the north (Norte Grande) which extends from the Peruvian border at Arica and 1,200 km south approximately to Copiapó are nevertheless a natural protection against plants and animals from areas in Argentina and Paraguay. Because the land is protected on several sides, there are not as many plant species as in the rest of South America. 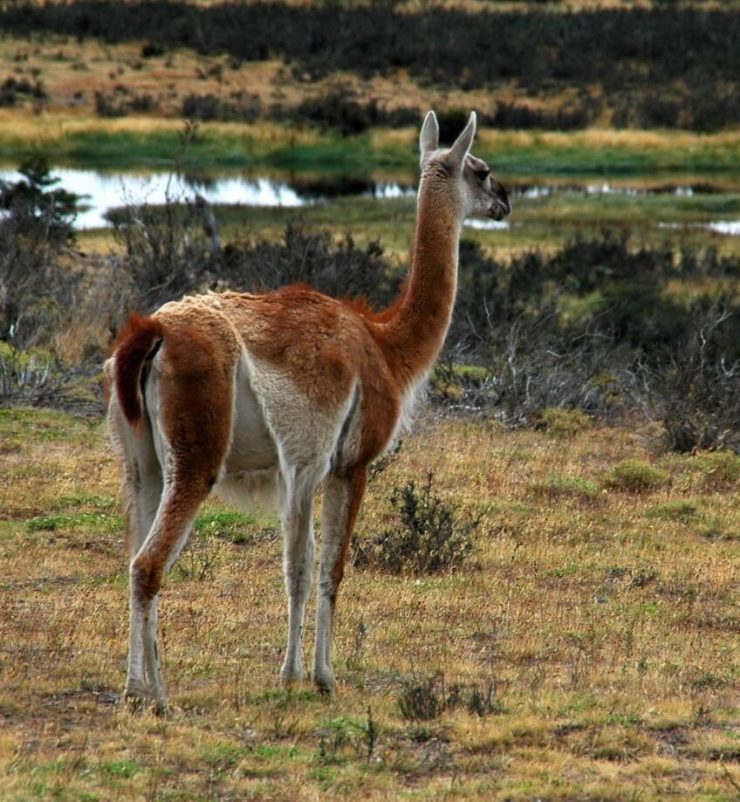 ra there are approx. 5,500 species and more of these species are found only in Chile, such as Jubaea chilensis (Chilean wine palm, one of the few non-tropical palm trees in the world), the flower plants Lapageria rosea (Philesiaceae, in the Liliales plant family) and Lardizabala (in the Ranunculales plant family) ).

The coastal land is usually completely devoid of vegetation, while in areas where fog occurs, low and small shrubs can be found. In the desert area there is mostly no vegetation. South of the southern turning circle, the vegetation becomes richer. cactus and thorn bushes. The transition zone with the semi-desert (Norte Chico) extends approx. 700 km from Copiapo to Illapel.

The vegetation in the Andes in the north is largely made up of cacti and dry shrubs. In 2,000-4,000 meters, vegetation is dominated by grass plants.

In the middle parts of the country (Zona Central) there is a Mediterranean maquis vegetation, with scrub and shrubs. South of the Río Bío-Bíoligger forest zone (Zona Sur), partly with temperate rainforest with great species richness. Besides a dense undergrowth of ferns, bamboo, tree ferns and many shrubs, shell spruce (monkey fright) and the evergreen southern beech. South of Chiloé, the forest becomes poorer in species, with southern beech being the dominant tree. South of the Chonos Islands, this forest gradually turns into the Magellanic forest. Forest covers approx. 20% of the land area.

The humpless camel animals are species species in the Andes: Lama and alpaca are important livestock for the Native American population, while vikunja and guanako are wild. Deer animals are represented by the tiny Pudu and the significantly larger andes deer. The predators include cougar, magellan fox, duck skunk (skunk) and some smaller moths. Andean mountains form an effective barrier to the rest of the continent. Several distinctive South American animals ( tapir, jaguar, ozelot, etc.) are missing in the coastal zone.

The Andean condor, the world’s largest bird of prey, occurs over most of the Andes, but is also often seen on the coast. The ducks are well represented: black-tailed swans, steamships and a variety of geese and ducks.

The cold ocean current off the coast is the source of great fishing riches.