Nicaraguan women are deeply affected by the traditional roles that assign men an independent and dominant behavior but demand obedience and loyalty from women. The consequences of “machismo” are particularly fatal in the area of ​​reproduction, because men still want to prove their masculinity and potency with numerous offspring, and women submit to it because they feel obliged and do not know otherwise. Traditionally, Nicaragua (along with Guatemala, Honduras and Haiti) is one of the countries in Latin America in which discrimination against women is particularly dramatic. This includes the fact that unwanted pregnancies in teenagers are a social problem of the first order. Many of these pregnancies are the result of domestic violence.86.9 children born for every 1000 girls aged 15-19 years. This number has decreased since 2005, when there were 108.1 children. However, the 2017 number is still the highest teenage pregnancy rate in Latin America, surpassed only by poor countries in Africa around the world.

A traditional, widespread problem is alcohol consumption by men. On festive occasions they quickly become uncontrolled and aggressive, and what may lead to general amusement in neighbors as a cockfight quickly becomes dramatic on a private level. There are many cases of domestic violence. Child abuse and rape within the family are often covered by neighbors and family members. According to information from non-governmental organizations in the field of child and youth care, 61% of all sexual offenses are committed at home in the family. The 2016 annual report of the human rights center CENIDH analyzes the violent attacks against women and children on the basis of its own case management and forensic medical data. The national police reported a worrying increase in violent deaths of women in 2017. For the first time, 25 women murders (“femicidios”) are shown separately in the crime statistics. The newspaper El Nuevo Diario reported in September 2019, citing the women’s movement Movimiento Autónomo de Mujeres (MAM), that 630 feminicides have occurred in Nicaragua in the last 10 years. According to MAM, these crimes are often not made public and the perpetrators often go unpunished.

The women’s organizations in Nicaragua, one of countries in Central America according to politicsezine, are very active and try to improve the situation of women on various levels (advice, educational measures and political work). Well-known organizations with different orientations are for example Puntos de Encuentro, Movimiento Autónomo de Mujeres (MAM) and the Grupo Venancia in Matagalpa with its cultural center “Guanuca”. Representatives of these movements have actively participated in the meetings of the national dialogue during the current crisis and have joined the “Alianza Cívica”.

It is unmistakable that the Sandinista revolution set in motion important developments in terms of women’s emancipation. The right to vote for women was introduced in 1955, but it was not until the 1980’s that many women took on an active role in political and social life. This was particularly evident in the police, for example. In addition, the educational opportunities for girls improved. After long debates, the private sphere also became a political issue. A legislative reform strengthened women’s rights against male violence in marriage and abortion practice was liberalized. In the long term, the steady increase in female employment has had an impact since 1979. The economic boom of the last 10 years would be without the substantial participation of women unthinkable in the country. In terms of the education of their children, parents today set the same goals for girls and boys, and the number of girls enrolled in secondary and university education even exceeds that of boys.

The reverse gear that President Ortega and the FSLN have engaged in the field of women’s rights is all the more incomprehensible. Shortly before the 2006 election, a law was passed with the votes of the FSLN that criminalizes all forms of abortion, including in emergencies (medical indication). This repeals a regulation that was introduced a hundred years ago under President Zelaya. When it became clear that the authorities had been relentlessly prosecuting affected women and participating doctors, horror spread across the national and international public. Protests in the country continue and the conflict between the government and independent women’s organizations has grown increasingly bitter.Amnesty International has repeatedly expressed serious concern about human rights abuses against women and girls and about the policies of the FSLN government.

Ortega’s stance on abortion has been explained by many observers to be the “Pacto” and his good relations with Cardinal Obando y Bravo. However, a closer look at things shows the bigger picture. The speeches of the presidential couple are steeped in affirmations of “love” and “life”. In addition, Nicaragua has had a widespread impact from the campaigns that conservative anti-abortion campaigns from the United States are waging across the American continent. If you add the influence of the Catholic Church and the fundamentalist Protestants, it turns out that Ortega’s stance is more than a tactical game. In this way he seeks political support from the right-wing political camp. 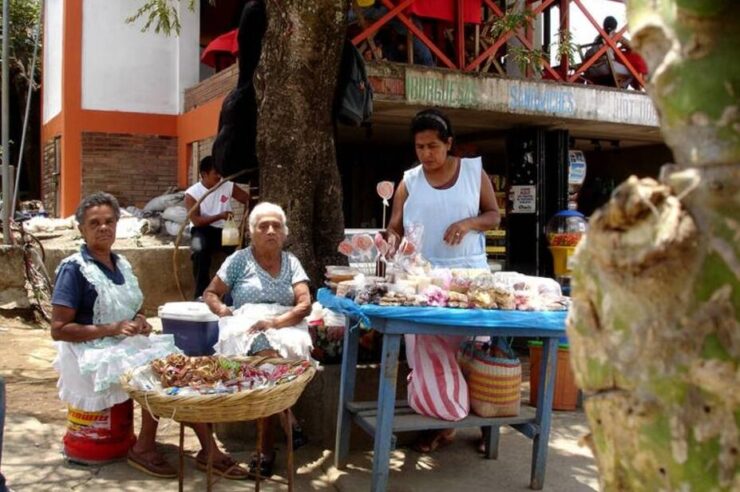