At the end of February 2012, Daniel Ortega used a speech on the anniversary of the death of the national hero Sandino to announce the realization of a national dream: the interoceanic canal should finally be built, as a waterway for ocean-going ships of the new super-size, which will not pass the Panama Canal even after the last expansion can. This project seemed to promise great politics in Ortega’s terms. First Lady Rosario Murillo declared in November 2012 that the canal project would lift Nicaragua out of poverty, eradicate dependence and put the country on the path of social justice.

The national parliament then passed a law on June 13, 2013, according to which the Chinese company “Hong Kong Nicaragua Development Investment Corporation” (HKND) received the concession to build and operate the future canal for 50 years, renewable for a further 50 years. Behind the company was a previously unknown entrepreneur named Wang Jing. At the time, he promised that construction of the canal could begin in late 2014 and that financing would be secured (construction costs were estimated at 50-100 billion US dollars). Crucial issues remained unanswered, and the plan called on environmentalists and geographers in the country. They feared incalculable environmental damage and the pollution of the Great Lake (Cocibolca), which must serve as a drinking water reservoir for future generations. They also doubted that the silting up of a 20-30m deep fairway could be prevented. With a dramatic one Declaration of the aged poet Ernesto Cardenal joined this criticism. He brought charges against the Ortega government, pointing out the imminent danger that Solentiname and the whole of Lake Nicaragua would be destroyed. More than 100 prominent intellectuals issued a manifesto to express their concern that the law would give up national sovereignty and violate the constitution. A total of 32 constitutional complaints were filed against Wang Jing’s company concession, but all of them were rejected as “unfounded”.

In July 2014 the planned route of the 276-long canal route was announced. Construction was to begin in Brito on the Pacific Ocean (north of San Juan del Sur), then the canal would go through Lake Nicaragua and finally reach the Caribbean Sea at Punta Gorda (south of Bluefields).

On December 22nd, 2014, the starting shot for the expansion of the Brito port was given in a symbolic ceremony. It was meant to be a Christmas present, but it sparked a wave of angry protests in Managua and inland, which riot police had to crush. Centers of resistance are to this day Brito (Departamento Rivas), El Tule and Nueva Guinea (both Departamento Río San Juan), where people along the canal route still have to fear expropriations and forced relocations. The human rights committee CENIDH supported the resistance and recorded the fundamental objections to the canal project in a document in October 2016 in front. It deals with the impact of the project on the constitutional rights of the affected communities, the violation of human rights, the risk of large-scale land grabbing and the signs of corruption.

In November 2015, President Ortega announced surprisingly that construction work on the canal would rest until the end of 2016 and that no land expropriations should take place until then. He obviously wanted to avoid the channel issue jeopardizing his re-election. He is now in his third term, but construction is still on hold. After the major refinery near León and the Tumarín dam, the failure of the canal is already the third major project that the government has to put aside in disgrace.

An article in the “Wall Street Journal” already saw it as certain in 2015 that the sewer operation would not pay off and that the financing of the project was not even remotely secured. In July 2019, the concession for the canal under Law 840 also formally expired because 6 years have passed and the HKND has not even started construction. The financial markets are now interested in other topics, and as one of countries in Central America according to ehistorylib, Nicaragua has again come to the brink of international developments. Panama, where the People’s Republic of China already controls a relevant part of trade, established diplomatic relations with Beijing in June 2017 (like its neighbor Costa Rica ten years earlier) and broke off those with Taiwan. Panama was the first country in the western hemisphere to be included in the major Chinese project of the “New Silk Road” with great publicity. US foreign policy has just brought out the Monroe Doctrine and is suspicious of China’s growing influence in Latin America.

Due to the current protest movement against the presidential couple since April 19, 2018, the project has finally failed. It is no coincidence that both the ecologically oriented university students and the “farmers against the canal” belong to the particularly militant forces of the opposition. But the plan has not yet been withdrawn either. This is why the peasant protest movement continues to see the danger that the extensive expropriations along the canal route that the 2013 law enables could also be carried out without a canal. The opposition “National Coalition”, founded in February 2020, calls for the final repeal of Canal Law 840 in its program. 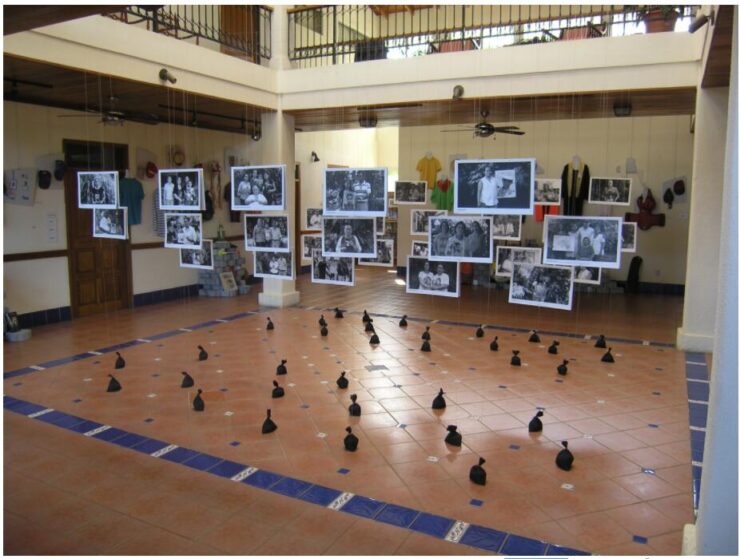