Today there are only 326,000 landline connections in Nicaragua’s telephone network, and the number has even been falling since 2017. That corresponds to 5.0 connections per 100 residents. This serious deficit (in comparison: Costa Rica has 15.5, Guatemala 14.1) is offset by the explosive spread of mobile phones. There are 7.44 million of them, the vast majority of them with a prepaid contract. This means that there are 114.6 mobile phone subscribers per 100 residents. However, there are no more than 1.4 mobile broadband connections per 100 residents (Costa Rica: 87.2. According to the KNOEMA World Data Atlas). This low percentage is explained by the high costs for the corresponding contracts or devices and by the backlog in the corresponding expansion of the mobile network. The Nicaraguan Chamber for Internet and Telecommunications (CANITEL) claims that mobile telephony is available in all national municipalities and that 4G LTE standard coverage is available in 42% of all municipalities. However, the network is patchy and far from being comprehensive.

Social networks have become very important in everyday life in Nicaragua and have fundamentally changed social life. 88.3% of mobile phone users use the WhatsApp messenger service. Facebook is used by 86.4%, Instagram by 68.5%, YouTube by 63.0% and Twitter by 55.1%. These networks played a central role in the outbreak of the protest movement in April 2018, and they remain indispensable for the opposition’s activities. That is why the government-affiliated parliamentary commission for “Truth, Justice and Peace” (CVJP) deals in detail in its report of February 2019 with the alleged danger posed by the networks. In the absence of direct access to other statistics, the above user numbers are taken from the CVJP report.

The telecommunications business has so far been divided between two multinationals: the Mexican América Móvil (Claró-ENITEL) and the Spanish Telefónica (Movistar). In February 2019, however, Telefónica sold its branches in Costa Rica, Panama and Nicaragua and withdrew entirely from Central America. The Nicaraguan Movistar went to the Swedish group Millicom International Cellular SA and brought in 379 million euros. Millicom is focused on the mobile phone market in Africa and Latin America and intends to earn money from the related financial services in the future.

The prevalence of Internet connections in Nicaragua, one of countries in Central America according to programingplease, has the lowest value in the region. In 2017, out of 100 residents, only 27.9 were occasional internet users; in Guatemala it was 40.7, in Costa Rica 71.6 (ITU 2018). Only 16 out of 100 households had an Internet connection at home in 2016 (in comparison: Guatemala 19, Costa Rica 65, ITU 2016).

The high costs for network connections and the lack of well-trained specialists are a serious obstacle to the further expansion of technologies. The Global IT Report 2016, which evaluates the importance of IT networks in society, economy and politics, puts Nicaragua in the miserable position 131 (out of 139), far behind Costa Rica (44) and Guatemala (103). The government is aware of the need to catch up and has commissioned ENATREL to provide city districts, event centers and schools with free internet access with WLAN stations. Many of the hotspots that arose in this way were switched off after the outbreak of the protest movement in April 2018 in order to make it more difficult for the opposition to use social networks.

Practical information: The area code for calls to Nicaragua is 00505. After that there are no area codes for the whole country anymore, so you dial the number of the participant right away. The numbers for landline connections begin with a “2”, those for mobile phones with an “8”. Telephone and fax traffic with foreign countries works well and reliably. There are inexpensive internet cafes in all cities, both large and small.

Due to the Corona crisis, the need for communication with electronic media in Nicaragua (as everywhere) has grown significantly. The increased demand for home office, digital school lessons and studies as well as for more entertainment programs at home has reached new dimensions. The two leading groups CLARO and MILLICOM (brand “Tigo”) have adapted to this by introducing new tariffs and are offering the expansion of the available data volumes and accelerated access in large advertising campaigns.

For the installation of a private Internet connection, one can turn to commercial providers, e.g. Claró or IBW. The company Yota de Nicaragua promises fast internet connections for all private and commercial users and works together with the state agency ENATREL. In fact, the required fiber optic network can only be expanded very gradually beyond the Greater Managua area. With a loan from the Inter-American Development Bank (BID), work is being done to increase the length of the broadband cable network in the country (fiber optic technology) from 1,400 to 3,100 km. 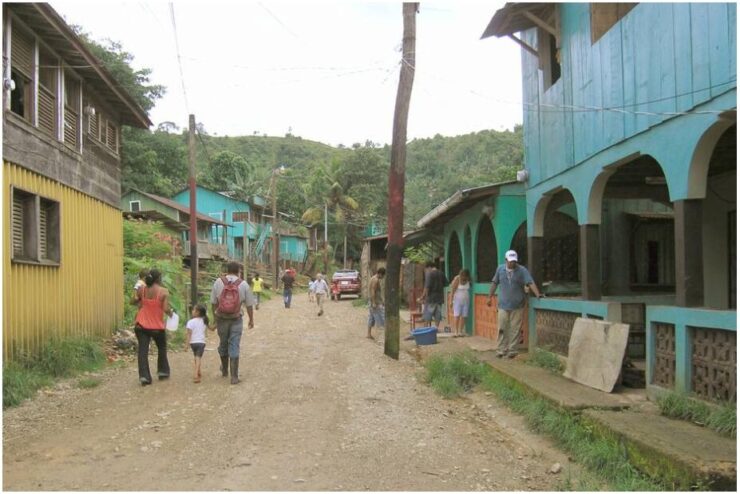