In the past, Nicaragua was considered the most promising route for building canals from the Atlantic to the Pacific. In fact, it would have been comparatively easy to route the canal through the Río San Juan and Lake Nicaragua. When the USA opted for the alternative Panama in 1903 for purely political reasons, this project turned into a dream that was never realized. But the Nicaraguans still believe in a geopolitically central location of their country, although the major traffic flows have long passed it and there is not even a rail or road connection between the two oceans. Since 2012, the Ortega government has been pursuing an ambitious mega-channel project that was to tie in with the national dream and finally give Nicaragua global political importance. It has now finally failed (see topic HISTORY AND STATE-Government and Politics-The Canal Project).

The Sandinista revolution had made friends around the world before it was victorious in 1979. It triggered a wave of political solidarity, commitment and helpfulness that is second to none. It is estimated that in the 1980’s there were two to three hundred committees, action groups, study groups, etc. in both parts of Germany – in the west of course very differently than in the east. The political spectrum ranged from the Marxist left and trade union groups to social democracy and into church circles.

Many political hopes were not fulfilled, but the solidarity movement created new connections between the peoples that continue to have an impact today. Today we use the term “informal international relations” for this phenomenon, which has long had an impact on Germany’s development policy engagement.

With the electoral defeat of the FSLN in 1990, solidarity experienced a bitter disappointment. The movement was suddenly reduced to a fraction of the large following. However, it by no means disappeared. Some groups and organizations have stabilized and professionalized and have become NGOs themselves. The experience and expertise that has accumulated there over the course of time should not be underestimated, as was shown, for example, in the political support for the debt relief initiative and the debt relief by the federal government after 2000.

The Nicaragua Information Office had an important coordinating function from the start. Here are just a few organizations and initiatives that show the breadth of the political and regional spectrum: Nicaragua Association Hamburg, Hessian coordination of the Nicaragua groups, Ecumenical Office for Peace and Justice, Christian Initiative Romero CIR, medico international, Nicaragua Forum Heidelberg and many other. The solidarity work of the GDR is continued today in the INKOTA network in a new form. The cultural work of the Pan y Arte association is an original initiative. The numerous city ​​partnerships, such as Hamburg-León, Frankfurt-Granada or Herford-Condega, have also retained a lasting significance. The town twinning Gießen-San Juan del Sur is presented on a well-kept and up-to-date website. The Berlin-Kreuzberg-San Rafael del Sur association, for example, has a nice representation of its partner region on its website. Among the many activities there is also a pilot project on sustainable municipal development. The goals include concrete measures for the inclusion of people with disabilities. At the initiative of the association, the community center has already been converted into Nicaragua’s first barrier-free building. For such initiatives, volunteers can be sent through the “Weltwärts” program. Municipalities that are involved in development policy can apply to the BMZ for funding for partnership projects. Further initiatives are listed in a compilation of the Nicaragua portal.

For the people in Germany and other countries who have been committed to supporting Nicaragua for many years and who have been observing political developments, the outbreak of the protests since April 19, 2018 came as a surprise. The severity of the repression on the part of the government and the large number of victims of violence on the part of the protest movement aroused much sympathy. At the same time, there is uncertainty about the causes and perspectives of the situation, and it is hotly debated in many forums. The Nicaragua-Form Heidelberg is one of the few groups that still campaign for understanding for Ortega’s politics. The overwhelming majority of the solidarity movement has kept a critical distance, but continues to support the project and partner cities wherever possible. On July 19, 2018, a resolution entitled “For a democratic and socially just Nicaragua”appeared in the German press. This calls for “the unreserved clarification of the responsibilities for the repression, the immediate resignation of the government and the formation of a transitional government with broad participation of the social movements”. The text is signed by 290 people, officials and organizations who have played an important role in supporting Nicaragua, one of countries in Central America according to naturegnosis, since the 1980’s. On the 40th anniversary of the revolution in July 2019, important solidarity groups issued the declaration “Nothing is normal in Nicaragua”. 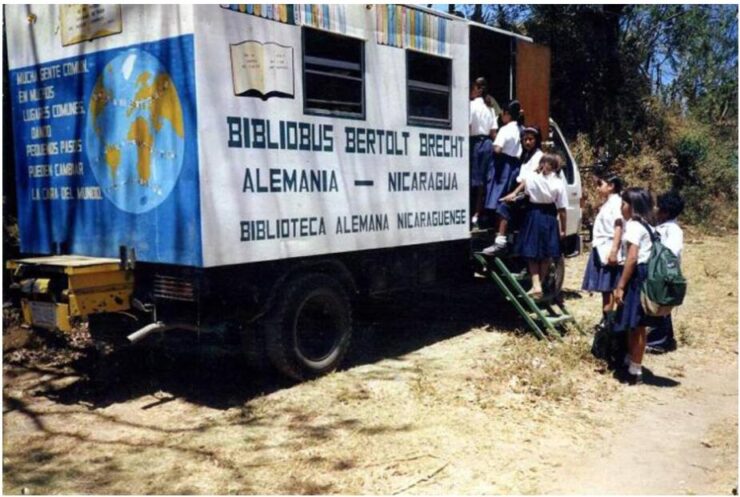