Although FIDEG and INIDE have the same approach to recording poverty (measurement basis: calorie consumption and family consumption), the differences are very noticeable. In terms of method, they can be explained by the fact that FIDEG sets the poverty line at $ 2.40 / day, but INIDE only speaks of poverty if no more than $ 1.71 / day is available; accordingly it comes to lower numbers. The political explosiveness of the poverty numbers is obvious, and politicians naturally have an interest in low numbers. For example, in August 2017 FIDEG had to postpone the presentation of its new figures indefinitely. According to a report of the magazine “Confidencial” was the background that FIDEG wanted to announce a temporary increase in poverty for 2016 and the government intervened to prevent this.

The independent experts in the country have recognized the gradual decline in poverty over the devastating figures from the 1990’s, and even the IMF says a ” significant decline. Many observers but have repeatedly pointed out that the fundamentals of the overwhelmingly positive development insecure since 2009 and partly of a cyclical nature (high export prices; increase in “remesas”, which now reach 25% of households in Nicaragua; “demographic bonus” due to the entry of a particularly large number of young people into professional life, etc.). Also the World Bank has repeatedly pointed out the seriousness of the situation. Even if the official figure of 30% poverty is correct and not actually higher, it means that 1.7 million people in the country are permanently in dire need. It should be noted that the vulnerability of the population has remained very high.

The prospects for the crisis since April 2018 are correspondingly worrying, and the outbreak of the corona pandemic in March 2020 is further darkening the picture. In the absence of up-to-date data, it looks like the decline in poverty has been temporary. The FUNIDES Foundation has been warning since September 2018 that general poverty in the country could return to levels prior to 2009. According to a current analysis by the UN organization CEPAL / ECLA the proportion of the poor in the population was 47.1% in 2019, and the effects of the corona crisis could increase this proportion to a value between 50.2 and 52.7% in 2020 (depending on the assumed scenario). People in extreme poverty are particularly hard hit. Their share in the population could rise from 18% (2019) to a value between 20.7 and 22.2%.

On the list of the Human Development Index 2019, Nicaragua ranks in the miserable position 126 (out of 189 countries examined) and is on par with Guatemala (also 126) and just ahead of Honduras (132) in a Central American comparison. According to UNICEF, 22% of all Nicaraguan children suffer from chronic malnutrition. Behind these numbers is not only hunger and despair; one must continue to speak of a dramatic paralysis of social and economic development. 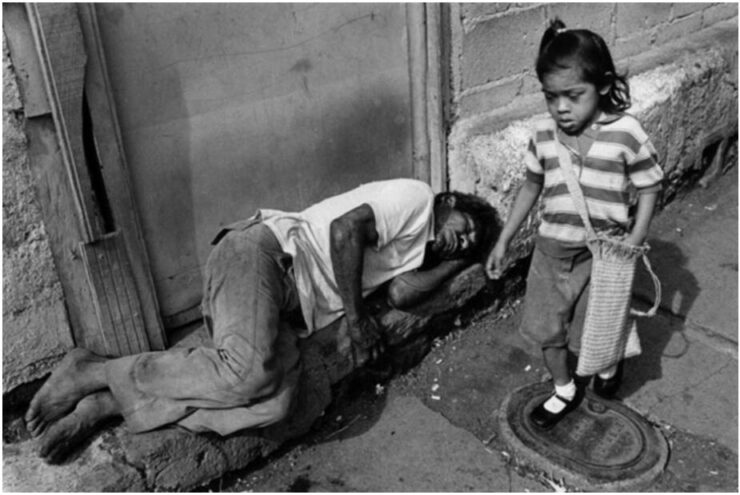