There are a large number of newspapers and magazines in Nicaragua. The largest and most important daily newspaper is the traditional ” La Prensa”. It offers detailed reporting, and the daily Internet edition is also highly recommended. In addition to the bourgeois-conservative La Prensa, the left-liberal newspaper “El Nuevo Diario” survived for decades. However, it had to finally stop being published in September 2019. There are also some tabloids such as “Hoy” and “Trinchera de la Noticia”. The government has set up the news portal “El19 Digital”, which is distributed via the Internet and social networks.La Jornada ” and” Nicaragua Hoy “, the forum for migrants in Costa Rica. Since the rebellion of April 2018, the number and importance of the Internet media has increased significantly.

Edited by Carlos Fernando Chamorro, “Confidencial ” is the country’s most important political magazine. It is worth reading carefully. Carlos Fernando is also present on television with his daily interview program “Esta Noche” (weekly edition: “Esta Semana”) on channel 12. It is an independent and informative institution of great importance. The social science monthly “Revista Envío”, which appears in both Spanish and English in print and online, is highly recommended. Published by the Catholic University of UCA, it provides independent news and analysis on major political and social issues.

The small country has twelve free-to-air television channels. Four of them, channels 4, 6, 8 and 13, are in government hands. Some radio stations are Radio Primerísima, Radio Nicaragua, La Nueva Radio Ya and Radio Corporación. The Deutsche Welle television channel can be received in Nicaragua via cable; he broadcasts his programs alternately in Spanish and in German.

Since the most important newspaper “La Prensa” and the political magazine “Confidencial” are decidedly oppositional and critical of the government, Ortega has a hard time in the daily press. The newspaper “El Nuevo Diario”, which has also followed an independent line critical of the government since 2008, stood Before bankruptcy in 2011, it was almost bought by the Ortega family. She was then rescued by a financial group (BANPRO) and initially set off on a pro-government course. Since the outbreak of the current protests in April 2018, El Nuevo Diario has become a mouthpiece for the opposition close to business. The newspaper had been in financial difficulties for a long time and had to cease publication on September 27, 2019.very concerned and rated the move as a “heavy blow to press freedom”. Ortega and the FSLN conduct their public relations work primarily through television, radio and internet publications. In general, one can say that in Nicaragua the audiovisual media are more important than printed products, because large parts of the population are still illiterate.

Ortega does not give regular press conferences and makes important decisions far away from parliament and the public. His wife Rosario Murillo controls public relations in an extremely restrictive manner. The intention to make critical reporting impossible and to treat the media as a means of communication is all too obvious. In this area, Daniel Ortega is in the tradition of his right-wing predecessors. Since Ortega’s re-election in November 2016, media and journalists critical of the government have been intimidated, harassed and arrested again and again. The international organization “Reporters Without Borders” has therefore downgraded Nicaragua by 24 positions in its 2019 ranking of press freedom and placed it in 114th place (out of 180 countries examined). In the Ranking list of press freedom In 2020, Nicaragua fell again by 3 positions and is now in 117th place.

Since the protests began in April 2018, there has been a wave of repression against journalists, television stations and newspapers critical of the government. The local NGO “Violeta Barrios de Chamorro Foundation”registered no fewer than 420 violations of press freedom in the period from April to October 2018. The state attacks have intensified again since November 2018. On November 13, 2018, the office of the editorial staff of “Confidencial” and “Esta Semana” (see above) was attacked and devastated by the police. The journalists present were threatened and ill-treated. The editor Carlos Fernando Chamorro went into exile in Costa Rica and was one of over 60 journalists who had to leave Nicaragua, one of countries in Central America according to extrareference. The editorial team was able to continue its work from Costa Rica. On December 21, the TV station ” 100% Noticias”which followed a line critical of the government since April 2018, was occupied by the police and finally closed. The owner Miguel Mora and his press officer Lucía Pineda were arrested and had to spend six months in a maximum security prison and solitary confinement. A trial for” inciting hatred “,” conspiracy “and” Terrorism “were opened against them. Both were released on June 11, 2019 in the course of negotiations between the government and the opposition. The trial against them is still pending and their television station remains closed. Mora recently stated on the television program” Esta Semana “: They did not bring us to trial because we made politics, but because we did journalism, i.e. our job. Carlos Fernando Chamorro risked returning to Nicaragua on November 23, 2019 to continue his journalistic work. Together with Miguel Mora, he protests against the fact that both the rooms of “Confidencial” and the television station “100% Noticias” are still occupied by the police. 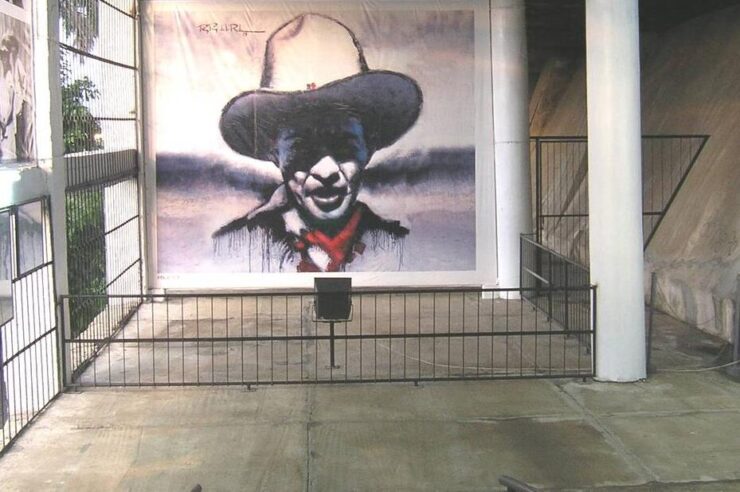