The considerations on the mestizo society apply only to the Pacific part of Nicaragua. Things are different on the Atlantic coast; here the ethnic contradictions have been effective and visible for centuries. In addition to the Spanish-speaking “Mestizos de la Costa Caribe” (112,000), the Indian lowland ethnic groups Miskito (121,000), Mayangna (Sumu) (10,000) and Rama (4,000) also live here, the Creoles, African American immigrants from Jamaica and other parts of the Caribbean 20,000) and the Garifuna (3,000) (data from Censo 2005). The prevailing opinion that the ethnic problem in Nicaragua is limited to the region of the Atlantic coast is also reflected in the map (below) and in the photos (above), which are taken from the textbook “Atlas Básico Ilustrado de Nicaragua y el Mundo” (Managua 1993) are removed.

The Atlantic coast(also called “Mosquitia” after the Miskito) could never be permanently controlled by the Spaniards. They had conquered Nicaragua from the Pacific coast, and the dense rainforest and mountainous region formed a natural border with the Atlantic for a long time. In addition, the most important ethnic group, the Miskito, allied with the English in order to keep the Spanish colonial rule away. Great Britain established a protectorate under the so-called Miskito King in the 19th century and brought Protestant missionaries from the Moravian Church (today: Moravian Church / Iglesia Morava) from Germany to the coast. The Nicaraguan nation-state had always claimed the Mosquitia, but it was not until the English finally withdrew in 1894 that they could effectively take control of the Atlantic region.

The incorporation into the nation state took place against the will of the coastal population and has since led to a long series of conflicts. The Mosquitia has an Anglo-Caribbean tradition and is clearly differentiated from the “Spaniards” on the Pacific side. Because of the special importance of Protestantism, there is also a denominational contrast to Catholicism on the Pacific side. The Miskito, Mayangna (Sumu) and Creoles have kept their own languages alive. In addition, until 1979, the Atlantic coast was part of the Caribbean enclave economy in the hands of North American banana, mining and timber companies and also lived its own life alongside the Pacific side. The combination of ethnic contrasts with a pronounced regional awareness has repeatedly shown its explosive potential, because for a long time the protests and demands for regional autonomy were interpreted by the nation state as desires for secession and severely suppressed. 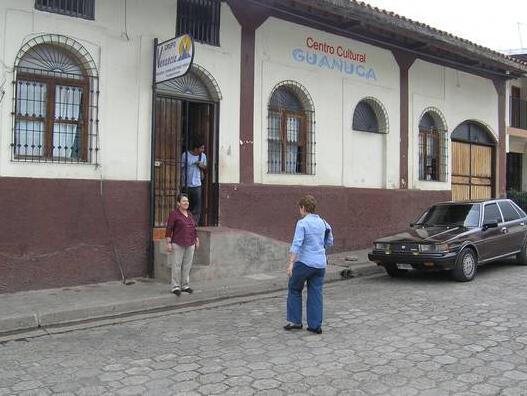 The last major confrontation with the central state happened in the years after 1979. The revolutionary government wanted to get serious about national integration and designed a Hispanization policy for the Atlantic coast. At the same time, the Indian organizations, which had come together under the name MISURASATA, emerged with ethnic demands (self-determination, right to land, recognition of regional languages) in line with the international indigenous movement. The US policy of destabilization took advantage of the conflicts and turned the coast into a scene of the contra war against the FSLN government. Despite the traumatic consequences of the war, a learning process came about. The Article 89-91The new constitution of 1987 recognized for the first time that Nicaragua is a multi-ethnic nation. A regional statute of autonomy was drawn up, which has found international recognition. The new regions Región Autónoma Costa Caribe Norte / RACCN (capital Bilwi / Puerto Cabezas) and Región Autónoma Costa Caribe Sur / RACCS (capital Bluefields) cover around 50% of the country with 60,000 km², but only 620,000 people live here (= 10% of Total population). They each have their own political representation and government. A special electoral process should ensure that all ethnic groups are represented by their own representatives.

Thirty years after the new beginning in the form of the Statute of Autonomy, however, one has to state that the autonomous institutions are still struggling with considerable initial difficulties and have not even come close to mastering the enormous challenges. An in-depth analysis in ENVIO magazine sees the main problems in the fact that the centralistic tradition of the nation state has continued almost unbroken and the approaches to autonomous decision-making processes in the Atlantic region are slowing down more than ever. This has not changed since 2007 when the FSLN came back to power. It is also criticized that the economic policy is still geared towards the extraivist exploitation of the region, which includes the granting of state concessions in mining, the approval of logging by foreign corporations, the orientation of fishing towards exports and the continued land grabbing by mestizo immigrants from the Pacific side. Nevertheless, the authors see a correct approach in the Statute of Autonomy, which however requires a fundamental new start and a new structure.

It should be added that the stagnation of the autonomous institutions is not only due to the inadequate funding of the institutions and the party tactical interventions from the Pacific side (especially before elections). Above all, there is a lack of corresponding acceptance of the problems on the Pacific side. As long as the ignorance and even the manifest racism towards the “Costeños” (= residents of the Atlantic coast) does not disappear, the nation cannot develop a fruitful coexistence.

The main problem, however, is that the Atlantic coast is by far the poorest and most backward region in Nicaragua, one of countries in Central America according to travelationary. Economic prospects are hardly in sight, and to make matters worse, the region has been drawn into the pull of the international drug trade, whose transport routes brush the Caribbean coast. From a distant perspective, the “Prensa” commented on the political and social problems of the Atlantic coast: “Land problems, 85% unemployment, no hospitals, bad roads, poor educational opportunities, poverty – these are just some of the needs that plague the population of the Caribbean coast today. Their political leaders are still the same as they were 25 years ago, and there is no replacement in sight by a new generation. ”

The University of the Caribbean coast of Nicaragua URACCAN was founded with the idea of creating an important cultural carrier in the region. But it obviously suffers from a dramatic underfunding. A well-known institution in the RACN is the “Council of Elders” of the Miskito Indians; on its website one can find documents with the basic ethnic requirements. To this day, it remains a challenge for those familiar with the country to understand the political and social dynamics of Mosquitia.