Nicaragua is heavily dependent on development cooperation from the international community. The World Bank, the Inter-American Development Bank and USAID are traditionally particularly important donors. From a large number of international organizations and institutions that are present in Nicaragua, the following should be mentioned: The World Food Program, the United Nations Development Program UNDP, the Food and Agriculture Organization FAO and the United Nations Children’s Fund.

Since 2008, the relationship between the Ortega government and the international donor community has been fraught with fundamental conflicts. The main reasons for this are that the allocation of funds in development cooperation is tied to the principles of democracy and good governance, and the way the government deals with the civil opposition, organizing partisan elections, violating the separation of powers, etc. Given cause for criticism. Naturally, the two re-elections of President Ortega in 2011 and 2016 resulted in noticeable burdens. The FSLN violated the constitution, the rights of the opposition and the independence of the judiciary. A number of donors, including Denmark, Sweden, Great Britain and Finland, have now completely stopped bilateral development cooperation.

The Ortega government was not impressed by this. It has maintained an overall good relationship with the multilateral donors and has been able to compensate long losses in the cooperation of individual countries with the high financial inflows from Venezuela. Venezuela’s special role has come to an end, however, and the effects are being painfully felt for Nicaragua. Trump’s plans to drastically cut US development aid have meanwhile led to the complete cessation of development cooperation with the public sector in Nicaragua. The so-called NICA Act was also passed in Washington. According to this, the granting of bilateral and multilateral development funds is tied to compliance with human rights, the fight against corruption and democratic standards.

The Federal Republic of Germany made a significant contribution to the 2004 HIPC initiative. At that time it canceled Nicaragua debts and arrears amounting to 492 million euros. This amount included debt obligations that Nicaragua entered into with the GDR before 1990.

Up until 2011, Nicaragua was still the focus of German development cooperation, and the German government attached great importance to being one of the largest donors of all, taking into account all bilateral and multilateral services. In 2007, it waited for the Ortega government to stabilize and then continued cooperation. At the negotiations in 2012, another 12 million euros were committed, 11 million of which went to the water sector.

With the controversial result of the elections in November 2011, the positive commitment of the German federal government was called into question. In a press release on January 17, 2012, the then Federal Minister Niebel announced that the cooperation in the areas of “strengthening democratic structures” and “environmental policy” should expire in 2013 and only cooperation in the area of ​​”drinking water and wastewater” should be continued. Behind it was the construction of a sewage treatment plant for Lake Managua and several projects in the drinking water and wastewater sector. New commitments would no longer be made. That meant a turning point in German-Nicaraguan development cooperation, because the criticized violations of “good governance”, above all Ortega’s second term in office,

Development cooperation was not discontinued, however, but continued on a reduced basis. The BMZ’s March 2015 paper on the new Latin American policy named Nicaragua as one of the countries “with which we are working on a regionally or thematically focused basis.” Official development cooperation payments from Germany totaled US $ 7.0 million in 2018.

In July 2017 the results of a project for the rehabilitation of Lake Managua were presented. It was financed by KfW with EUR 25.5 million and had an eight-year term. The positive balance showed that today 75% of Managua’s sewer system is connected to the sewage treatment plant and that 150,000 cubic meters of wastewater can be treated every day. The recovery of the lake has come closer, only large amounts of dirt and rubbish are still being washed into the lake via the open rain channels.

The GIZ (German Agency for International Cooperation) and the KfW implement programs and projects in the fields of sustainable infrastructure, social development, governance and democracy as well as environmental and climate protection. The German embassy in Managua gives an overview of German projects and organizations that are active in development cooperation with Nicaragua, one of countries in Central America according to neovideogames. The following political foundations work in Nicaragua: 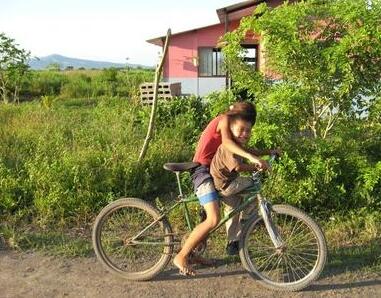