Nicaragua has always fascinated its visitors, especially due to the natural charm of its residents and the extraordinary beauty of the landscape. The handicrafts that you can buy at the Masaya market, for example, are impressive. Bright, intense colors, wood or clay are the preferred materials. Typical everyday objects of applied artistry are hammocks – the production center is in the Monimbó Indian quarter of Masaya – and the obligatory rocking chairs, which should not be missing in any house.

As one of countries in Central America according to zipcodesexplorer, Nicaragua is also known for its naive painting, the political wall paintings (murales), its marimba and chichero music and the many heartfelt love or revolutionary songs by Nicaraguan songwriters. With Rubén Darío and Ernesto Cardenal, Nicaragua has produced two of the great poets of the Spanish language.

How do you want to get in the mood for dealing with this country? You can look at pictures of the beautiful products of the local handicrafts, immerse yourself in poems by Gioconda Belli or get the travel book “On the way in Nicaragua. In the shadow of the volcanoes” by Doris Klinnert. A German student who worked for a voluntary service in Catarina (at Masaya) wrote down her experiences fresh and bluntly.

For a long time there was an absolute lack in the public system. The Alemán and Bolanos governments stopped investing in health care. Anyone wishing to be treated in a public health system ambulance had to bring their own thread for suturing a wound, blood plasma, gauze or medication. The doctors were constantly overworked and had to fight to catch up with the Central American salary level through a long strike in 2005. The important area of prevention, education and advice almost came to a standstill.

When he returned to the government in 2007, Daniel Ortega promised to reform the health system and offer it again free of charge for everyone. Under his government it was certainly also possible to revive and strengthen the outpatient departments and hospitals. The significant decline in child and maternal mortality should be counted among the visible successes. The mortality of children has decreased from 67 (1990) to 40 (2000) and 22 (2015) – per 1000 live births. The maternal mortality rate, which in 1990 was 160 per 100,000 births, fell from 76 (2007) to 44.7 (2015). Unfortunately, one cannot speak of a great new beginning in the healthcare sector. Although this area has increased (from US $ 252 million in 2009 to US $ 471.8 million in 2017, more recent figures are not available), per capita expenditure did not exceed US $ 192 in 2017. Nicaragua is the worst in a regional comparison (Costa Rica: 869, El Salvador: 282).

In 2013 the World Bank published a study on environmental hygiene in Nicaragua. Serious abuses were documented in the examined areas of drinking water quality and sewage hygiene, domestic smoke pollution in the countryside and atmospheric air pollution in cities. More than 1 million cases of diarrhea occur annually in children under 5 years of age. The study estimates that the follow-up costs burden the country with around 2.6% of GDP. A worrying increase in malaria cases has been reported for 2017. Nicaragua, along with Panama, Peru and Venezuela, is one of the four Latin American countries where the disease is threatened with a massive return.

The Organización Panamericana de Salud / WHO works in Nicaragua and provides a statistical overview of the health of this country. Mention should also be made of the Health Information Center CISAS and the National Research Center on Health CIES in the National University.

About 0.2% of the adult population in Nicaragua is HIV positive. This rate is below that of the neighboring countries El Salvador and Honduras (0.5 each). UNAIDS provides information on the situation in Nicaragua.

In the current corona crisis, the processes in the health system have moved to the center of the political public. Medical leaders have criticized the government’s inaction as the number of infections and fatalities has increased exponentially. There are numerous reports from the hospitals denouncing the high number of infections among medical staff and the lack of protective equipment. In early June, the government fired more than 10 doctors from the public health service for publicly voicing criticism. Five former health ministers who were in office from 1980 to 2006 have written to each other in a public letter to the World Health Organization WHO. In it, they write that they are “concerned about what is happening in our country because of the extent to which the pandemic is reaching and because of the threat of deterioration in the absence of appropriate measures.” 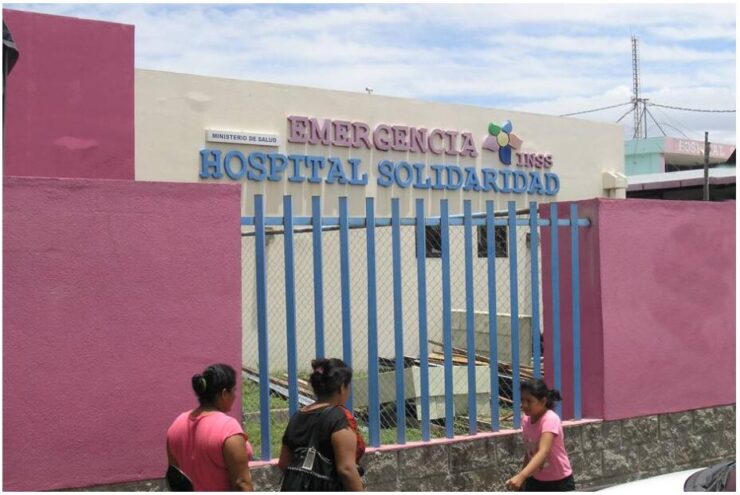