As one of countries in Central America according to topb2bwebsites, Nicaragua has a rich cultural tradition where church festivals have been mixed with Native American heritage. The people not only produced famous poets, but also include the love of poetry as part of their everyday life. The decidedly patriarchal tradition finds a clear counterbalance in the more informal social manners.

Family and relatives play an absolutely central role in the social, economic and political relationships of Nicaraguans. This is all the more true as few other institutions in this society (whether it is banks, political parties or cooperatives) have proven to be stable and durable. When it comes to survival in a society that to this day is repeatedly shaken by civil wars, natural disasters and economic crises, the Nicaraguans primarily trust their families and relatives. A study by UNDP in 2011 showed that the family is still rated very highly by young people as the most important space for support and support.

Of course, in Nicaragua too, the nuclear family (the married couple or the partner with their children) forms the starting point for family coexistence. According to the norm, the couple should be married, but many simply cannot afford formalizing the relationship and hosting a wedding. The number of couples living together without a marriage license is just as large as that of married couples. The families in Nicaragua are usually larger than in Germany, and life in a nuclear family is the absolute exception. There are usually other relatives living in the household, for example grandparents and an aunt; often other people are taken in, for example an orphan from relatives or a destitute sponsored child; Even an unmarried daughter with her own children stays with her parents.

The tendency towards large families is reinforced by economic hardship. This does not just mean the shortage of living space that brings people together. Many families survive only through a complicated and ingenious combination of sources of income. Even if the father has a regular income (which is the exception rather than the rule), it usually has to be supplemented by additional income from other family members, e.g. through odd jobs, through the domestic production of goods that are sold on the street, or through paid services such as washing and ironing. In a country where only 17% of the working population is covered by social security, all types of family care are of vital importance.

Many families are “incomplete” in the sense that the man has left the woman alone with her children. In 38.3% of all families, a woman is the head of household, in the city in 46.3% of all cases. In turn, 76% of these women are single. This problem is partly a consequence of the macho behavior of men who do not take their responsibility towards women and children seriously. Since many couples are not married, the separation is at the expense of the woman who is left with the children. But it is also to be understood as a side effect of the widespread migrant and casual work, because the need forces an enormous mobility towards the earning potential (coffee, sugar cane and banana harvest, large construction projects, etc.). Today it is often a migration abroad that everyone can only get by on their own. 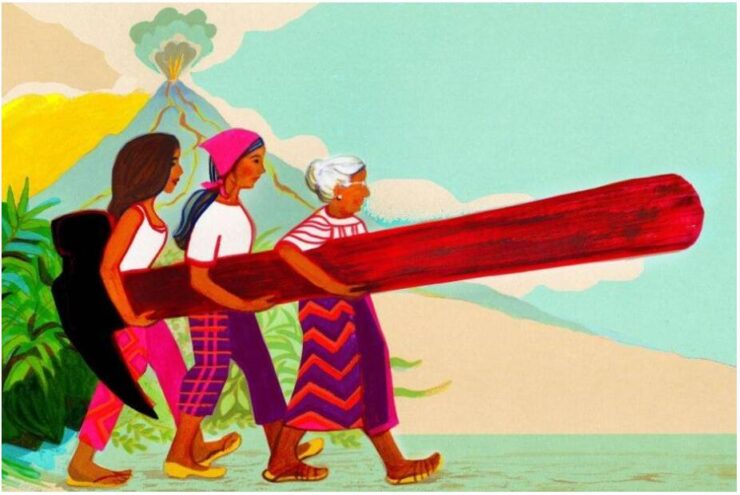