Dance has always played a significant role in Cuba, whether it was Afro-Cuban dances such as rumba, or entertainment dance for the Creole upper class. Havana was often visited by European dancers as early as the 19th century, such as Fanny Elssler in 1842. Also classical ballet ensembles such as Pavlovas visited the island. But the first regular ballet evenings were performed by ballet students from Sociedad Pro-Arte Musical. Nevertheless, ballet in Cuba is tantamount to Ballet Nacional de Cuba under the leadership of Alicia Alonso. The latter danced for a long time in the United States and is world renowned for his interpretation of the title role in Giselle. Despite her age, born in 1921, she was the company’s prime ballerina until the 1980s. She founded her own ensemble in 1948, but still guest in both the US and Europe. Alonso was asked by Fidel Castro to lead the Cuban National Ballet, where she has been chief since 1959. One of the country’s most important choreographers is her former husband Fernando Alonso.

Today there are more than 14 dance ensembles in Cuba, both classical as Ballett de Camagüey and modern as Conjunto Nacional de Danza Moderna. Several also build on the local and regional dance traditions such as the folklore ensemble Conjunto Folklórico Nacional. 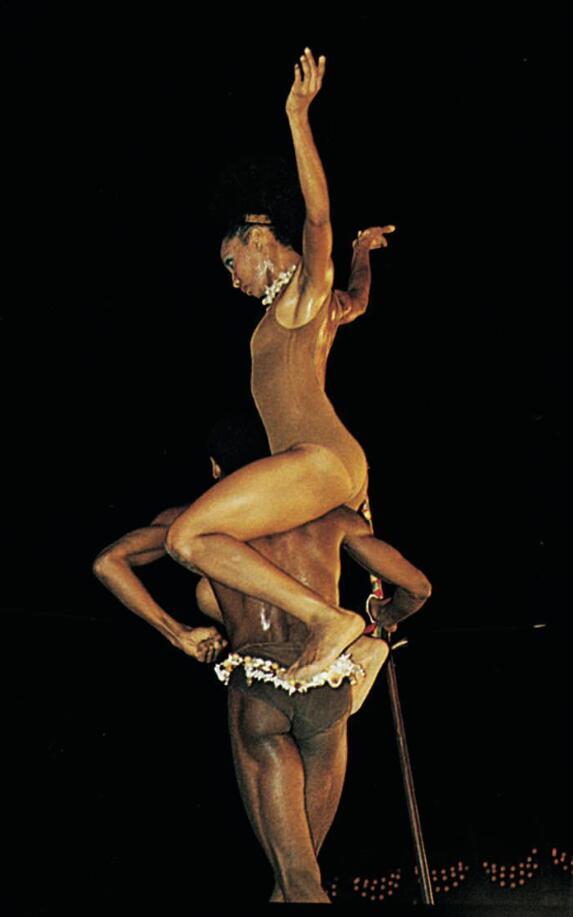 With strong roots in West African and European music, especially music from Spain, Cuban music has developed a number of distinctive features, which since the early 1900s have gained great popularity and had an important influence on the international music scene.

The colonization of Cuba led to the destruction of the Native American population as well as its culture. Cuban music is based mainly on African and Spanish traditions (see Latin American music ), and popular culture includes a rich flora of music and dance. Some of the original African forms have been preserved relatively unchanged and are characterized by complicated poly-rhythms and a wealth of instruments. Other forms have been developed through the meeting between African and European music. In the 20th century, there has been a significant mutual influence between Cuban popular music and the African American music in the United States. Jazz received new impetus in the 1940s from Cuban musicians who settled in the United States, including percussionist Mongo Santamaria. Salsa music, which became popular in the 1960s and 1970s, is very much based on Cuban music, and several of the biggest stars in salsa have Cuban origins, such as singer Celia Cruz.

Cuban music gained tremendous international popularity with the release of the album Buena Vista Social Club in 1997, under the initiative of American guitarist Ry Cooder. Buena Vista Social Club consisted of a number of older musicians from Cuba, until then little known internationally, who after the release toured many parts of the world. The subsequent documentary film about the 1999 Wim Wenders project further increased its popularity, and although several of its original members died, the project continued with varying casts. Cuba. The popular and popular music in Cuba encompasses a rich flora of traditions, styles and instruments, not least rhythm instruments. The musicians in the picture are equipped with (from left) guitars, maracas, bongo drums, claves and conga drums.

Cuba has always had a stronger art-musical tradition than any other of the Caribbean islands. Already in the 1500s, the Spanish colonists brought their music with them for use in the churches and in the distinguished lounges. Later, art music gained French impetus via Haiti, and in the 19th century Italian music was fashionable. During the colonial period, church music dominated. Symphonies, operas and piano music in classical and above all romantic style dominated the music scene in the 19th century. It was not until the 20th century that a national tone language was created with roots in folk music. Leading composers were composers such as Sánchez de Fuentes (1874–1944), Ernesto Lecuona (1896–1963), best known for their entertainment music, and Amadeo Roldán (1900–39).

Prominent among today’s composers are Juan Blanco, Carlos Fariñas and Leo Brouwer, internationally known as the guitarist. Brouwer, alongside Sara Gonzales and Silvio Rodríguez, among others, has had a major impact on modern Cuban visual art through the Nueva Trova movement (The New Troubadours).