Cuba was a pioneer country in Latin America – the first feature film, Manuel García directed by Enrique Díaz Quesada, premiered as early as 1913. With the audio film, the country’s own production was stripped. After Castro’s revolution, the authorities created the Instituto Cubano del Arte y Industria Cinematográfica (ICAIC, grl. 1959), which received tasks in production, distribution and viewing. Of the feature film directors, especially Tomás Gutiérrez Alea, with films such as La Muerte de un Burócrata (1966) and Memorias del Subdesarrollo (1968), has become internationally prominent. Humberto Solás got international distribution with the episode movie Lucía (1969). Alea and Juan Carlos Tabío made the international successFresa y chocolate (Strawberries and chocolate, 1993), and since then Fernando Pérez has received attention with La Vida es silbar (Miracle in Havana, 1998) and Tabío with La Lista de espera (Waiting list, 2000). ICAIC also has an animation film department; The central name here has been Juan Padrón. Film Festival is held annually in Havana since 1979.

Along with other Caribbean islands, a Native American dance theater form emerged even before the colonial era. Areytos was a complex ritual expression with a rich costume culture and use of music. It was the history and legends of the Native American people that were told in this way, and when the Spanish colonial power banned the theater form in 1512, an important part of Native American culture was wiped out. The African slaves brought other forms of expression, and in colonial times theater was played according to European pattern in Cuba.

In the 19th century, a special Cuban drama developed, such as by José Augustín Millán who wrote Una aventura, o El Camino más corto (An adventure or the shortest road) in 1842. Joaqín Lorenzo Luaces (1826-67) was the most famous of the century Cuban playwright, and it also grew a popular comedy that drew on the special and linguistic mix one could find in Cuban society. 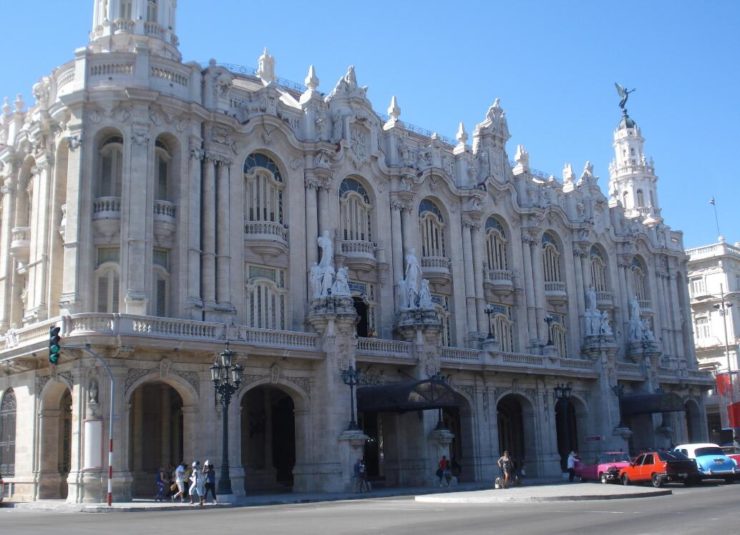 The theater of the 20th century got its breakthrough with the founding of Sociedad de Fomento del Teatro (The Association for the Advancement of the Theater) of 1910, with playwrights such as José Antonio Ramos and Max Henríquez Ureña. In 1928, Luis A. Baralt (1892–1969) founded the La Cueva Theater (the Cellar Theater) which sought to record the currents of modern European theater development. Academia de Artes Dramáticas was founded in 1941 and Havana University’s Teatro Experimental in 1949. Virgilio Piñera (1912–79) and Rolando Ferrer (1925–76) were among the most important dramatists of the time, without the potential for being listed under the Batista regime.

A change to the positive came with the revolution, and theater workers and playwrights were given much better terms. The Escuela de Instructores de Arte (Academy of Arts), founded in 1961, also offered theater, dance and ballet lessons. In later decades, Fuego Espacio, led by Pepe Santos, is an interesting theater that is characterized by satirical and visual style.