Montevideo is the capital of Uruguay, a country that borders Brazil and offers impressive wealth to tourists. The destination is ideal for all types of travelers. That’s why we’ve prepared a flawless guide with everything you need to know about the city!

Although not territorially extensive (its size compares with the state of Paraná, for example), Uruguay demonstrates its greatness in the streets and in the diversity of its population. The country is also well known due to  the exchange programs.

Want to know more about Montevideo and why this city needs to be on your dream destination list? Read on and pack your bags: Uruguay is waiting for your visit!

The history of the capital of Uruguay

Montevideo is the largest city in Uruguay, with about 1.4 million inhabitants showing a very different behavior than we are used to. Uruguayans are extremely careful in traffic and prioritize street cleaning. Sounds like a dream, doesn’t it?

Situated on the south coast of the country and on the banks of the Rio de la Plata, the capital was founded in 1724 by a soldier from Spain, and since then its development has begun to amaze the world. One example is that Montevideo hosted all the matches of the first edition of the FIFA World Cup in 1930.

In addition, the Uruguayan capital is the administrative headquarters of the main economic blocs of South America (Mercosur and Aladi). This position has earned the city comparisons with Brussels, the capital of the European Union.

The main attractions of the city

There are so many good points to mention about Montevideo that it is even difficult to filter everything and fit this article. But we have decided to summarize so that we can explain how this capital can be so charming to its residents and visitors.

One of the main attractions of the municipality is the ease of travel and the lack of bureaucracy, such as the need for  passport and visa. Due to their participation in Mercosur, Brazilians can get to know Montevideo only by presenting an ID with a shipping date of up to ten years.

The historic buildings of the Old Town region are breathtaking and refer to 20th century European architectural masterpieces. Undoubtedly, this is the ideal setting for recording stunning photographs.

The reasons that make Montevideo a special destination

Want to know why you need to know the Uruguayan capital? Below, we explain the reasons why the city stands out in South America:

The most popular attractions

A good trip depends on a well-designed itinerary. With this in mind, we have listed all the must-see sights for you to know and ensure an unforgettable tour of Montevideo:

The Puerta de la Ciudadela is what remains of the old fortress of Montevideo. The fortress was what protected the city from the invaders of the city. Today, the port is a sure meeting point for tourists who marvel at the monument and record their visits with various photos. It is located in front of Independence Square. 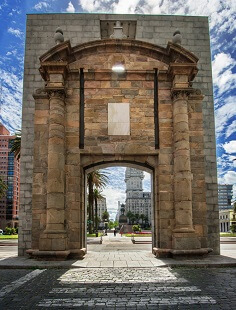 Considered the most important point of Montevideo, Independencia Square is the point that marks the separation of the old city from the most modern part of the capital. Surrounded by ancient and historical buildings, there is a monument dedicated to the liberator José Artigas and the mausoleum of the national hero. On your visit, you will find many families resting and taking a mate, a trademark of the Uruguayan people. 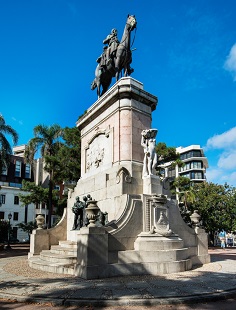 Montevideo also has its beaches and the most famous of them is Pocitos! It was given that name because washerwomen dug wells in the sand to wash clothes, so it became Pocitos. Surrounded by residential buildings, this beach has a large number of tourists in the summer, who enjoy the large amount of shops, restaurants and services it has in the region. 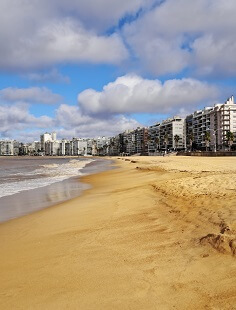 Also known as the Mother Church, the Metropolitan Cathedral is the city’s main Catholic church. It is open for visitation and allows tourists and residents to take internal photos of the church, enjoying all the beauty of the chapels. 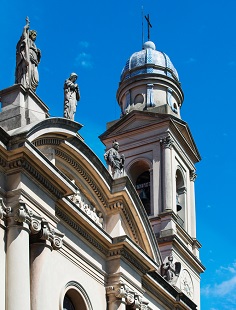 One of the symbols of the city, Mercado do Porto exudes the best of Uruguayan cuisine. Packed with tourist-focused shops (plus, of course, great restaurants), you can stuff your suitcase and also come out with a full belly after eating good meat. 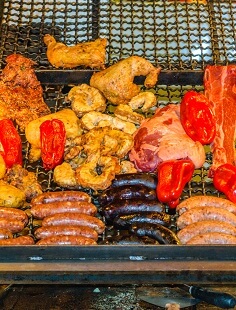 The Centennial Stadium is a must for football fans in Montevideo. Stage of the first World Cup, held in 1930, the venue is host to the Uruguayan national team games in their country. In addition, you can stop by the Football Museum and see more trivia about the history of the most popular sport on the planet, which has deep roots in Uruguay. 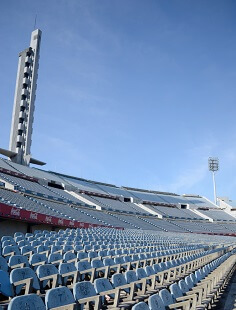 In the tourist spots we mentioned, you can take photos, make visits and enjoy all the history that Montevideo has to offer its visitors. But it’s always important to look for attractions according to your travel preferences, so the tour schedule will be even more interesting and fun!

The best stations to know about Montevideo

With an annual average of 17 degrees, the Uruguayan capital has well-divided rainfall in all seasons of the year. During  winter, the low temperatures resemble the southern states of Brazil, with thermometers ranging between 15º and 3º.

Even in summer, temperatures in Montevideo are mild and hardly exceed 25 ° C. At this time, Uruguayans often go to the beaches and enjoy the sun. For tourists who enjoy parties, the tip is to try to get to know Uruguay between January and March, the period of the main festivities (including Carnival ).

However, it is worth leaving a very important reminder to you that you are  traveling to Montevideo : regardless of the season, always put a jacket in the suitcase. Cold fronts are common in the area and icy winds can come by surprise.

The Uruguayan capital is synonymous with good food for many tastes and pockets, meaning everyone can delight in countless culinary possibilities. The economy focused on livestock makes the quality of meat, cheese and dairy products excellent, which is a differential for tourists.

At Mercado del Puerto, visitors find several establishments that sell these products. There are also restaurants specializing in Uruguayan gastronomy, with various options of parrillas (as the barbecue is known in the country).

One of the most famous dishes of local cuisine is parrillada. This is a generous portion of barbecued ember, which includes: meat, sausages, chicken, kids, kidney, and chinchulin. Other specialties include Tira Roast (a special cut of beef ribs) and Steak Ancho.

Although meat dishes are quite common, it is also possible to find restaurants specializing in international and seafood cuisine. That is: all palates are served in one city!

If you are looking for a peaceful, affordable and a must see destination at the same time, be sure Montevideo is the ideal place for your next trip abroad ! In addition to the short distance to Brazil, the sightseeing opportunities are unmissable and appropriate for the whole family! 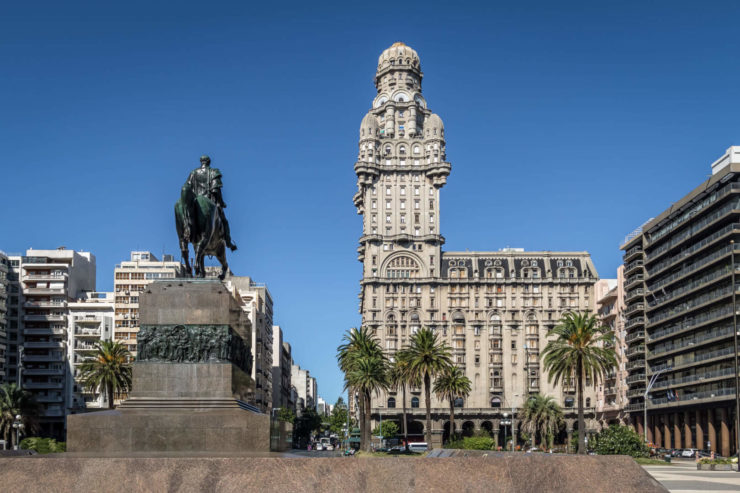