Argentina’s national literature can be said to begin in earnest with the poem Oda al majestuoso río Paraná (1801) by Manuel José de Lavardén (1754-1809). Esteban Echeverría (1805-1851) brought the romance to Argentina when he returned from a stay in Paris in 1830. Under the dictatorship of Juan Manuel de Rosas (1837–1852), many Argentine writers went into exile. Among these should be mentioned first and foremost, Domingo Faustino Sarmiento, one of Argentina’s most important cultural personalities and author of the biographical novel Facundo, and the novelist José Mármol (1817-1871), who wrote the novel Amalia(1851-1855). At this time, the “gaucho” literature also emerged, with authors such as Hilario Ascasubi (1807-1875), Estanislao del Campo (1834-1880), and above all José Hernández, author of the main work in this genre, Martín Fierro.

In the 1880s, the Argentine novel gained a stronger realistic feel. Lucio Vicente López (1848–1894) depicts the capital’s slow development into metropolitan La Gran Aldea (1884), while Carlos María Ocantos (1860-1949) gives a picture of the city’s upper class through a technique reminiscent of the methods of the French master of realistic literature, Honoré de Balzac. The naturalistic direction was particularly represented in the 19th century by Eugenio Cambaceres (1843–1888) and José Miró (1867–1896). Roberto Jorge Payró is known for his moody social satires. One of the “modernist” movement’s foremost personalities in Latin America was Ruben Dario’s friend Leopoldo Lugones. The modernist prose style has one of its finest exponents in Enrique Larreta, first and foremost through the novel La gloria de don Ramiro. Manuel Gálvez brings the realistic tradition forward with his novels, for example in La maestra normal. At the same time, we find a realistic trend in the dramas of Florencio Sánchez, the foremost name in Argentine theater from this era.

Ricardo Güiraldes leads the “gaucho” tradition to our own time with his classic novel Don Segundo Sombra. Benito Lynch, known for his novel El inglés de los güesos (1924), also depicts the life of the pampas plains in Argentina, as does the other gaucho literature. Among the lyricists who followed in the wake of the “modernist” movement are Ezequiel Martínez Estrada (also known as essayist). The writer Alfonsina Storni was a late romantic, while Baldomero Fernández Moreno (1886–1950) turned out to be a fine impressionist. Out of all “isms” stands the lyricist Enrique Banchs (1888-1968). 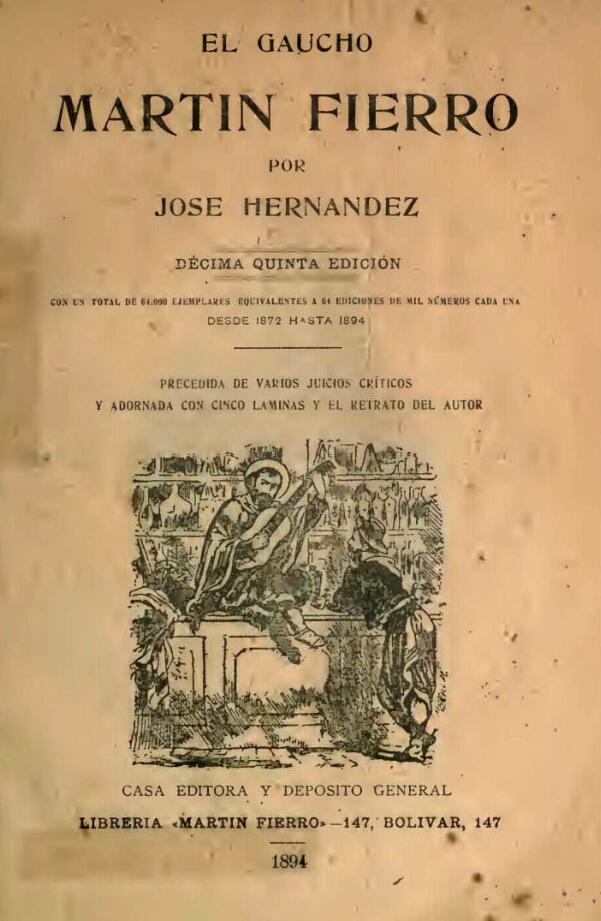 After World War I, a literary avant-garde direction emerged in Argentina akin to ultraism. The foreground character was Jorge Luis Borges, followed by authors such as Leopoldo Marechal (1898–1970), with his novel Adán Buenosayres (1948), Ricardo Eufemio Molinari, Eduardo González Lanuza, Francisco Luis Bernárdez (1900–1978), Carlos Mastronardi (1901–1976). ) and Norah Lange. Of the poets from the same era who stood outside this direction, mention can be made of Vicente Barbieri (1903–1956).

Among the lyricists who appeared during or after the Second World War are Daniel Devoto, Alberto Girri, Olga Orozco, Roberto Juarroz, Raúl Gustavo Aguirre, Juan Gelman and María Elena Walsh.