Latin America is the state of America where Spanish or Portuguese is the official language, i.e. South America except French Guiana, Suriname and Guyana, Central America except Belize, Mexico as well as Cuba, the Dominican Republic and Puerto Rico in the Caribbean.

The culture of Latin America has a long and rich history, and from the pre-Columbian period a number of building monuments and art objects have been preserved. In addition to articles on the individual countries (especially Mexico and Peru ), these are dealt with under Aztec, Chimú, Native Americans, Inca, Maya, Mesoamerica, moche, nazca, South American Indians and Tiahuanaco.

Latin American music is a form of music that evolved in Latin America through meetings between the indigenous, European and African music traditions from the colonial period to the present day. Large regional differences in economic, social and demographic conditions have contributed to the development of countless distinctive forms of music.

The many different genres reflect the historical development that took place through colonization, persecution of indigenous peoples and the slave trade. The African music traditions brought by the slaves have had a strong influence on the music of the Caribbean, Central America and Brazil, while the music of the indigenous peoples characterizes the Andean region. European features characterize much of the music in countries that had great immigration, such as Argentina, Mexico and Chile.

The music culture of the colonial powers established itself from the beginning of the 16th century. Soldiers and sailors brought Iberian folk music, the aristocracy came with European art music, and the missionaries used Catholic church music as an effective means of Christianizing the indigenous people.

The instruments of popular music culture and popular music illustrate the fusion of different traditions. String instruments are available in many varieties and sizes, and in several countries harp is a popular folk instrument. Flutes often reflect the background of the indigenous peoples, while marimba, drums and other percussion instruments largely have African roots. 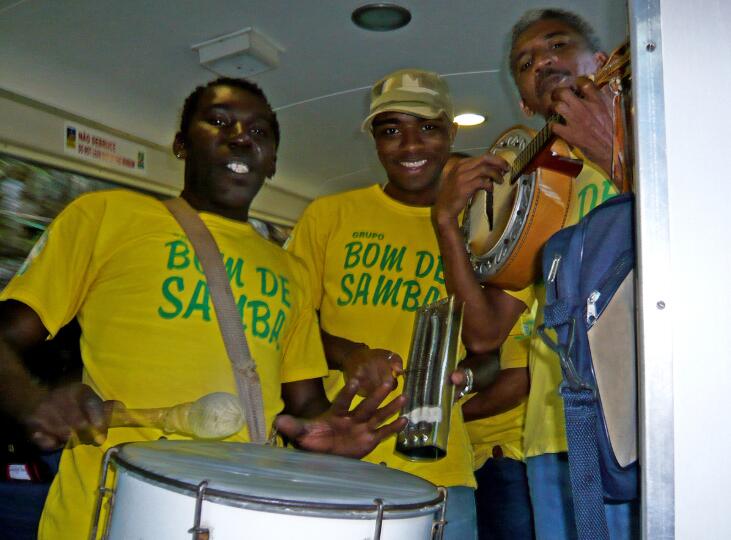 A number of Latin American music genres have gained international popularity. Music has influenced popular music and jazz, and many of the genres have become part of the standard repertoire of corporate and sports dance.

Some of the best known forms of music are:

Latin American music also includes salsa, which originated and evolved in the United States based on Cuban and Puerto Rican rhythms. In several Latin American countries listed on COUNTRYAAH, there are strong music traditions that are closely linked to national identity. Examples include mariachi music in Mexico, joropo in Venezuela and cueca in Chile. Joropo and Cueca have official status as national cultural expressions and mariachiors play at important national markings in Mexico.

Manuscript collections at ecclesiastical music centers such as the cathedrals of Mexico City, Lima, Oaxaca, Cuzco and Sucre show that both indigenous and Africans acquired European church singing and helped develop a distinctive church music based on European models. In connection with the ecclesiastical festivities, popular traditions such as carnival, procession and procession also developed, where elements of indigenous music and Iberian forms of music merged into new forms, in many places also with contributions from African culture.

The emergence of a bourgeois public music scene in the 19th century, with the creation of opera scenes, conservatories and orchestras, led to the development of an art music based on European ideals. It was not until the 1900s that national tone languages ​​were developed in art music that absorbed elements from various folk genres.

Central America has increasingly been hit by tropical storms in recent years, with enormous material destruction and huge loss of life. In October 2005, Hurricane Stan swept across Central America, creating major floods and camps in Guatemala, El Salvador and southern Mexico. Nearly 3,000 people lost their lives. In the photo, some of those affected are struggling to cross the Tapachula River in the state of Chiapas, Mexico. The image is taken from the paper lexicon Store Norwegian Lexicon, published 2005-2007. 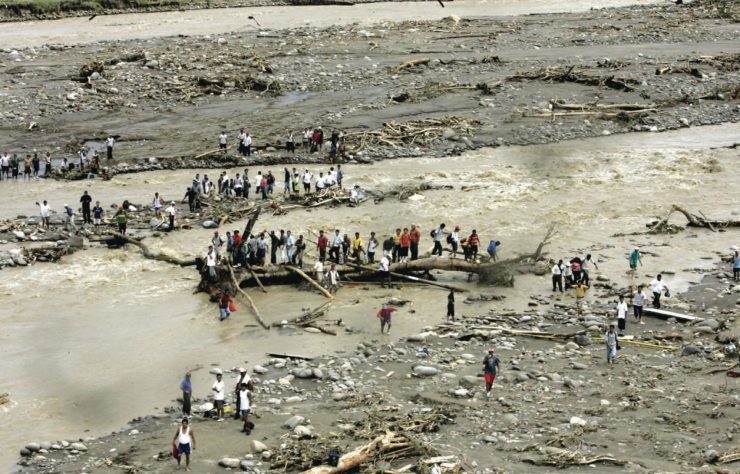 Brazil is a state in South America. The capital of the country is Brasília. Approx. 208 million Brazilians, Brazilians of other nationalities, live in Brazil. The official language is Portuguese. Brazil covers an area of ​​around 9 million km² and is therefore somewhat larger than Australia. The highest mountain in Brazil is the Pico da Neblina with 3,014 meters.

Alagoas is located in Brazil. Around 3.1 million people live in Alagoas on an area of ​​around 28,000 km². The capital is Maceió.

Bahia is in Brazil. Around 14 million people live in Bahia on an area of ​​around 567,000 km². The capital is Salvador da Bahia.

Distrito Federal is located in Brazil. Around 2.3 million people live in the Federal District do Brasil on an area of ​​around 5,790 km². The capital is Brasília.

Minas Gerais is located in Brazil. Around 19 million people live in Minas Gerais on an area of ​​around 588,000 km². The capital is Belo Horizonte.

Paraíba is located in Brazil. About 3.6 million people live in Paraíba on an area of ​​around 56,000 km². The capital is João Pessoa.

Paraná is in Brazil. About 10 million people live in Paraná on an area of ​​around 200,000 km². The capital is Curitiba.

Pernambuco is located in Brazil. About 7.9 million people live in Pernambuco on an area of ​​around 99,000 km². The capital is Recife.

Santa Catarina is located in Brazil. About 5.9 million people live in Santa Catarina on an area of ​​around 95,000 km². The capital is Florianópolis.