For thousands of years before the arrival of Europeans, people lived throughout the area that has become today’s Brazil. Some were hunters and sankers, others cultivated the land. Today’s indigenous peoples – the Indians – are descendants of these groups.

The first Europeans to come to Brazil were the Portuguese. On April 22, 1500, an expedition led by Pedro Álvarez Cabral arrived at what they called Porto Seguro (safe harbor) in today’s state of Bahia in northeastern Brazil. In the year 1500, there were an estimated between three and five million people in Brazil. In comparison, one million lived in Portugal.

Colonial Brazil (1500-1822) was characterized by the decimation of the indigenous population, economic dependence on a few commodities and large imports of African slaves. The color of the Brazil tree was the first product the Portuguese found economically interesting, and this trade also gave Brazil its name. From the mid-1500s, sugar production, based on sugar cane and African slave labor, became the backbone of the economy.

At the end of the 17th century, the Portuguese found gold in the mountains in an area known as Minas Gerais – the big mines. In the mid-18th century, half of all the gold in the world was produced in Minas Gerais, and gold took over the place as Brazil’s most important export commodity. Also in the mines, African slaves were the labor force.

The dominant political figure in the first half of the 20th century was Getúlio Vargas. With the help of the military, he was elected president in 1930, and he introduced the so-called Estado Novo – the new state. Estado Novo was an authoritarian, nationalist regime. Congress was dissolved, political parties were banned and the media was subject to severe censorship. Vargas also introduced a more centrally controlled Brazil where the states were subject to greater state control. Under Vargas’s government, extensive industrialization was initiated. Vargas was deposed in a military coup in 1945, but won the presidential election five years later, before taking his own life in 1954.

In 1964, the military once again took power in a coup, and Brazil was to remain a dictatorship until 1985. Ordinary political parties were banned, opponents were forced into exile and many hundreds of opposites were killed by the regime. The economy did well in the first decade, but at the same time the differences between poor and rich increased. Growth was also largely based on borrowed money. The result was an economic crash landing, and Brazil entered the 1980s with the world’s highest foreign debt and soaring inflation. Failing economy and growing resistance led the military from the late 1970s to start a gradual return to democracy. In 1985, they relinquished power to a civilian president.

Not until 1994 did Brazil manage to gain control of hyperinflation, which could reach many thousands percent a year. The architect of the financial plan Plano Real was Fernando Henrique Cardoso of the Social Democratic Party PSDB. He became so popular that he won the presidential election that year and was re-elected in 1998.

In 2002, Luiz Inácio Lula da Silva of the Labor Party (PT) was elected new president as the first representative of the working class ever. Under Lula’s rule, distribution and poverty reduction came at the top of the political agenda, and the results for the poorest got him re-elected in 2006. Lula’s hand-picked successor, party mate Dilma Rousseff, won the election in 2010. Rousseff became Brazil’s first female president, and she was re-elected in October. 2014. However, Vice President Michel Temer turned and his party PMDB opposed her during 2015. Temer and PMDB allied with the right-wing opposition in Congress, which initiated a civil trial against Rousseff in November 2015. On August 31, 2016, Rousseff was deposed and replaced by Temer. The new government immediately initiated a number of austerity measures and business-friendly reforms that met with great popular resistance. In October 2018, the former officer, right-wing populist and evangelical Christian Jair Bolsonaro won the presidential election after Lula, who led many polls, refused to stand as presidential candidate after a corruption ruling. Bolsonaro was deployed on January 1, 2019, and promptly implemented, among other things, powerful cuts in the state apparatus. 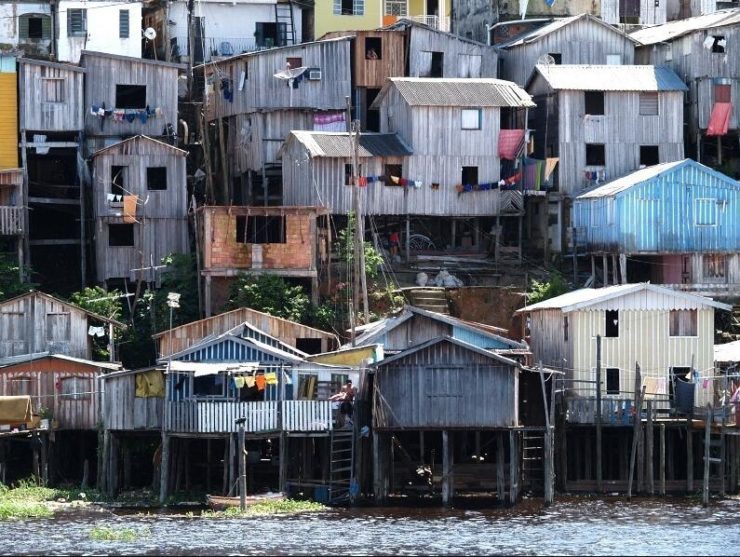