Cuba is the largest and westernmost of the Great Antilles. The country is separated from Florida to the north by the 145 km wide Florida Strait, from the Yucatán Peninsula ( Mexico ) to the west of the 250 km wide Yucatán Canal and from Haiti ( Hispaniola ) to the southeast of the 80 km wide Windward Passage. Other close neighbors are Jamaica and the Cayman Islands in the south and the Bahamas in the northeast.

The coast is mostly low, but it is broken by a number of bays that provide excellent port opportunities. Cuba also includes Isla de la Juventud (“the island of youth”, formerly called Isla de Pinos, 2200 km2) and around 1600 other islands (a total of 3715 km2).

More 4/5 of the island is composed of flat or undulating terrain, rarely higher than 100 m. The land is broken by three mountain systems; besides the one in the southeast, one in the middle and one in the northwest. The southeastern mountain system, which covers most of the four southeastern provinces (Holguín, Granma, Santiago de Cuba and Guantánamo), is the largest and most complex system. It consists of two main chains: Sierra Maestra, which extends parallel to the south coast and rises to 1980 m. in Pico de Turquino, Cuba’s highest mountain, and a chain formed by i.a. Sierra de Nipe and Cuchillas de Toar further east. Between these two main chains lies a lowland flowing through Río Cuato, the island’s longest river, over 300 km long. In the provinces of Cienfuegos and Sancti Spiritus lies the central mountain system Escambray, which is lower and smaller with mountains up to 1100 meters above sea level. The northwestern system is located in Pinar del Río and consists mainly of the Sierra de los Organos and Sierra del Rosario chains which extend up to 750 meters above sea level. Towards Havana lies the plateau Vuelta Abajo, which is known for its good tobacco. Alejandro Humboldt National Park, in the east, is on the UNESCO List of World Cultural and Natural Heritage.

Cuba is located just south of the northern turning circle and belongs to the tropical climate zone. Temperatures are high throughout the year, rising from north to south.

In the capital Havana, the average temperature in the coldest month is 21 ° C and in the warmest 27 ° C. In Santiago de Cuba on the south coast, the corresponding averages are 24 ° C and 28 ° C respectively. Most of the year, the country is under the influence of the eastern passages, which bring most of the rainfall. In winter, the northeast passageway prevails, which gives precipitation especially to the eastern part of the north coast. From May, the southeast wind blows, so the most precipitation on the south coast in summer.

Most of the island receives more than 1000 mm of rainfall a year, except for the mountains, where the precipitation is often higher than 1800 mm, and it generally rains most during the period April – November. In Havana, the annual rainfall is approx. 1300 mm, of which 940 mm falls in the period May – October.

The island is often haunted by hurricanes, which particularly affect the eastern provinces of Oriente and Camagüey. 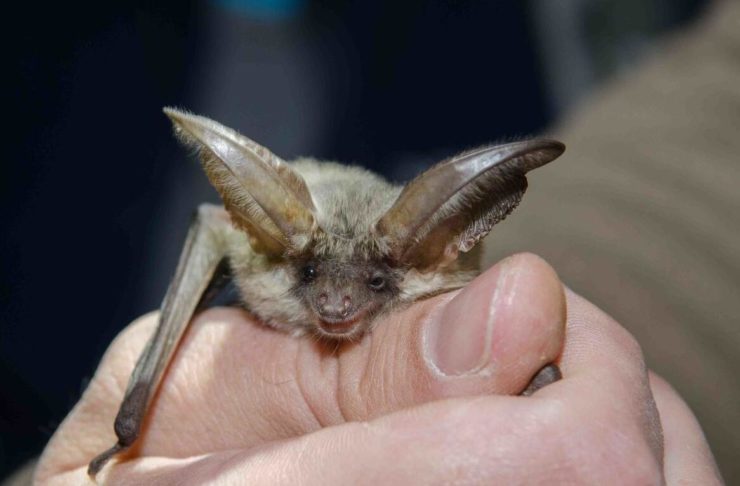 The only native mammals in Cuba are fur-pointed mice (a primitive insect eater), hutians ( rodents related to the beaver rat ) and bats (30 species). The Europeans brought with them some animals ( dog, cat, mangosteen and others) that did great damage to the primitive, local fauna.

Bird life is not particularly rich, but the number of endemic (native) species is high.

Toxic snakes are missing, but Cuba crocodiles are found in the swamps of the Península de Zapata. The beach and sea fauna are rich; more than 450 fish species occur in the waters of Cuba.

Most of the island is covered by different types of savanna, which in the coastal districts often gradually turn into mangrove swamps. Forest covers approx. 16% of the area; Rainforest is only found on the northern side of the Sierra Maestra. Mahogany, West Indian cedar, Cedrela odorata, and eucalyptus are important tree species, and there are many palm trees. In the mountains, Caribbean pine, Pinus caribaea. Much of the forest was previously cleared for sugar plantations.