Discover what to do in Florianópolis, one of the most beautiful capitals of Brazil!

Hearing someone talk about Brazilian beaches, what goes through your head first? Most of the time, our thoughts travel quickly to the beautiful locations of the northeastern coast, the Brazilian region with the largest expanse of sand and sea. However, other regions also have incredible beauties, such as Florianópolis, in the south of the country.

Known by the affectionate nickname of Floripa, this city – capital of the state of Santa Catarina – is an unmissable destination for lovers of beautiful landscapes combined with culture, gastronomy and unforgettable sights.

But after all,  what can we do in Florianópolis? When is the best time to visit this city? What are the best places to have a good walk in the area? Come with us to check the answers to all these questions!

What is the history of Florianópolis?

Most of us know the history of Brazil only after the Portuguese arrived in Brazil. However, our country existed long before this event, and the Florianópolis region was originally occupied by Tupi-Guarani Indians.

Initially, the region was only used as a stopover between the large colonial centers, serving as navigators to supply their ships with water and other supplies. Over time, however, the first villages were formed and the site was renamed Nossa Senhora do Desterro.

With the onset of European colonization, the indigenous population began to decline. From there the site is no longer just a stopping point and becomes a major military center due to its both protected and strategic geographical position.

Today, this region is highly rich and has one of the  best indexes of human development (HDI)  among all Brazilian capitals. The city is full of culture and attractions for all tastes, ages and genres, being a must see for those who want to know a little more about the history of our country and have fun with varied walks.

What are the main sights of the region?

One of the main reasons for visiting Floripa is precisely its diversity, both in sightseeing, cultural attractions and people. You can visit beaches and cultural attractions, such as museums and exhibitions, and there are also options for sportsmen and adrenaline lovers, as the city has practices such as windsurfing, kite surfing, sandboarding, surfing, canoeing, hiking and climbing. It has fun for all tastes! But what are the most relevant sights of this place? Take a look at our following list:

Symbol that connected Florianópolis Island to the continent, the Hercílio Luz bridge is the postcard of the city. The structure has been deactivated for over 10 years, but it is still a must see. 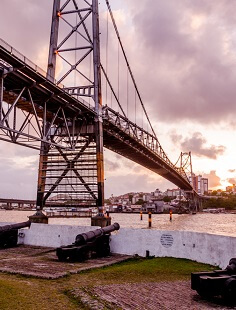 Located on Ratones Grande Island, Fort Santo Antônio was part of the defense system of Santa Catarina Island in the 18th century and was a strategic base for the region’s Portuguese power. Worth knowing!

Located in the historic center of Florianópolis, the Cathedral is the island’s most important Catholic symbol. It was erected in 1908 and should be in your script, if only to pass the door. 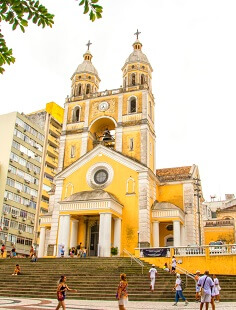 Known in the past as Palacio Rosado, Palacio Cruz e Sousa is home to the Santa Catarina Historical Museum and is located in central Floripa. Directly ahead is Praça XV de Novembro, another tourist spot in the city. In the museum, you can see several pieces that tell the history of Magic Island. 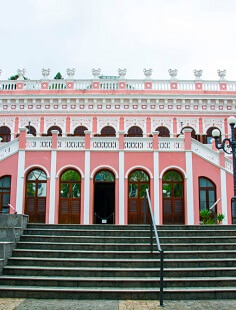 Florianópolis is known for being the “Magic Island”, and much of its magic is in its beaches. With options for all audiences, the city’s coastline will delight you. Following is the text to see how many beaches you have. 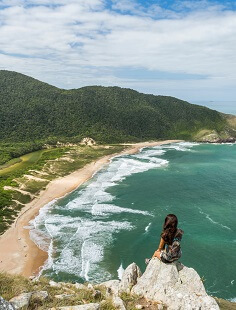 The best beaches in Floripa

In each of these locations, you can experience completely unique experiences. Florianópolis has a vast coastline, formed by beaches of various types. Among them, those ideal for practicing extreme sports (such as Joaquina beach) and the quieter ones, excellent for walks with young children and the whole family (Daniela beach, for example). It is worth checking!

When is the best time to visit this city?

Florianópolis’s geographical position is not only privileged for military purposes – it is also blessed with a very pleasant climate all year round. However, some caveats should be made so that you can evaluate the best time for your personal preferences.

The climate of this island is categorized as coastal, which means that the seasons are well defined throughout the year. Unlike the northernmost regions of Brazil, Florianópolis has a slightly cooler thermal sensation, especially during the winter months.

In general, we can say that the averages are around 28ºC for the warmer periods, and 13ºC for the colder times. This shows that, during the summer, the climate is very mild and it is difficult to resist the heat in this region.

The hottest months in the city are January and February, the height of summer. It is also during this period that the island is fullest, since most visitors choose this time to visit the municipality. The festivities are rushing around here, and holidays like  carnival  usually rock.

One of the quietest seasons is the coldest period, between May, June and July. If you do not mind the slightly lower temperatures than those usually found on beaches around Brazil, visiting Florianópolis at this time may be a good alternative to find smaller traffic jams and enjoy the rides more peacefully. 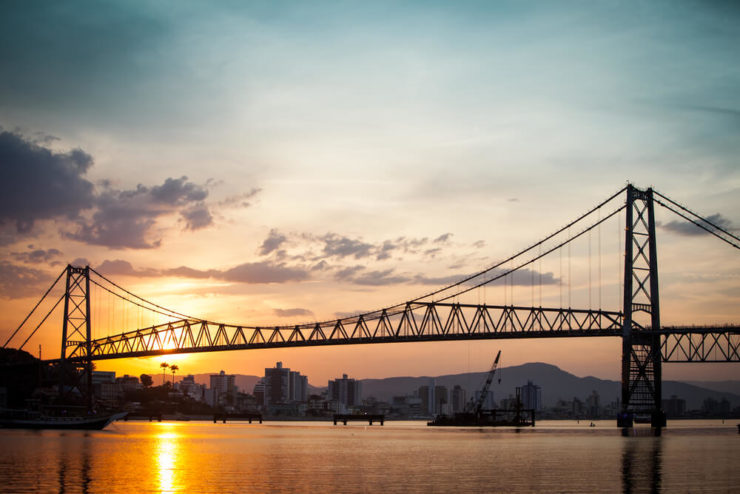