Chile can be divided into three topographic regions: the high Andean mountains in the east, the low coastal mountains in the west and a fertile valley ( Valle Central ) in the middle. The Andes range from the Atacama plateau in the north to central Chile, where the mountain range rises in America’s highest mountain, Aconcagua, at the border with Argentina.

From the Andes, the landscape falls steeply towards a subduction zone on the coast. At the coast are two other landforms oriented parallel to the Andes: Valle Central, which is a graben and a foreland, and the Chilean coastal mountains, which are a horst.

Four tectonic plates are found in the Chile area: the Antarctic continental plate, the Nazca plate, the Scotia plate and the South American continental plate. The Andes, Chilean coastal mountains and Valle Central run parallel north-south from Morro de Arica in Arica to the Taitao Peninsula. North of Taitao, the subduction zone crosses into the Atacama Group. This is the border between the South American plate and the Nazca plate. At Taitao there is a triple point.

Easter Island and Juan Fernández Islands are hotspot islands in the Nazca plate that move east. The Antarctic Peninsula in Chilean Antarctica is similar to the Andean region and is considered an extension of the mountains.

The Andean region has great seismic and volcanic activity. Among the numerous volcanoes – most dead – Villarrica and Mount Hudson are considered the most active. The Valdivia Earthquake on May 22, 1960 is the most powerful earthquake ever measured by 9.5 on the torque magnitude scale. 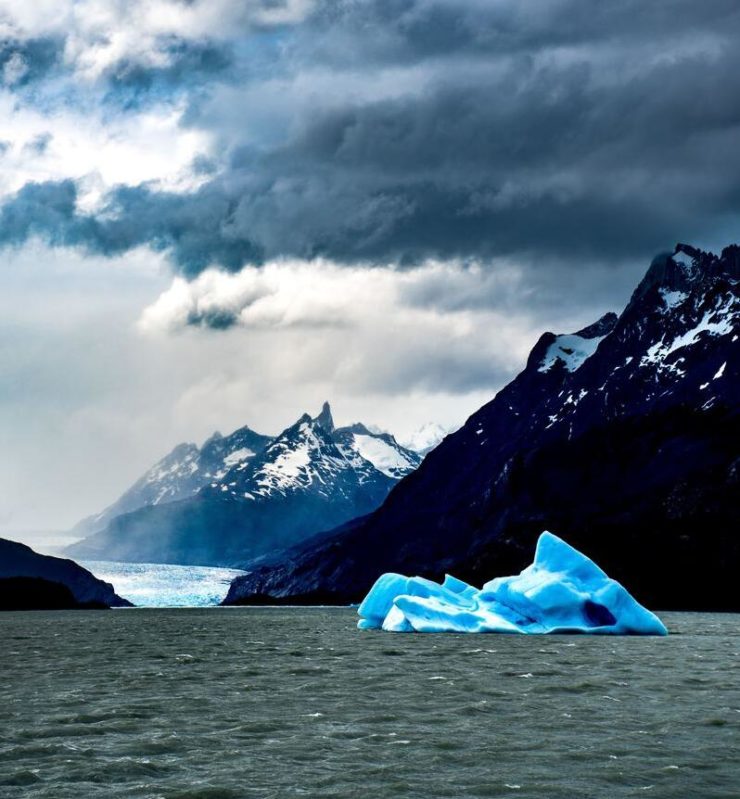 Chile’s extreme extent in the north-south direction and extreme elevation differences in the east-west direction create significant climate differences. The country extends through a variety of climate zones, from the tropical zone in the north to the temperate zone in the south. The climate is also influenced by the ocean currents off the coast.

Northern Chile is influenced by the cold Peruvian stream, which provides a relatively cool and very dry climate. In this area, it almost never rains on the coast, but fog can occur frequently. The coastal areas are otherwise characterized by small seasonal variations in temperature. In the Atacáma desert, the average temperature in the summer is around 20 ° C, while in the winter the temperature can reach the freezing point. The big difference in temperature is because it is the sun that determines the heating.

Central Chile has a subtropical climate with winter rain of the same type as the Mediterranean countries. In summer, dry, southerly winds dominate, while migrating low pressure from the west brings winter rain. The amount of precipitation increases from approximately 400 millimeters in the north to 1300 millimeters in the south; the greatest rainfall gets the coastal areas. Average temperatures range from about 10 ° C in July to 20-25 ° C in January.

Southern Chile is located in the western wind belt all year round and is affected by warm ocean currents, creating a mild and rainy climate. The climate is temperate, with mild winter and cool summer and even distribution of rainfall throughout the year. Valdivia thus has an average of 8 ° C and 17 ° C in July and January, and 2660 millimeters of rainfall per year.