The Brazil that the Portuguese subjugated was a vast land area populated by various tribes of the country’s indigenous people. A written language and a literature first got the country with the cultural heritage the Portuguese brought with them. Today’s Brazilian society is a result of the cultural and racial mix that has taken place over the centuries. The most important elements of this crucible are the Portuguese-European cultural tradition, the indigenous indigenous culture and the heritage of the African slaves. The country’s literary history reflects this development both linguistically and thematically.

The colony of Brazil

Alongside this geographical and ethnologically characterized literature, the Jesuits’ texts characterize the period. Their records are our most important source of information for Brazil’s early history. Central to this is Father Manuel da Nóbrega and his Diálogo sobre a conversão do gentio from 1557 and Father José de Anchieta’s writings, which also contain considerable fictional material in the form of religious poems and plays. The last and most significant of these Jesuits is Father António Vieira, which lived and worked throughout most of the 17th century. He left a sermon collection of more than 7,000 pages and is considered a major name in both Brazilian and Portuguese Baroque tradition.

New literary currents took root in Brazil. Although Brazilian baroque poetry can be said to begin in 1601 with the epic poem Prosopopeia Bento Teixeira (1561-1618), the model of Luís Vaz de Camões’ Os Lusíadas, are the big names primarily Gregório de Matos Guerra, who left behind a large, unpublished lyric work, and Manuel Botelho de Oliveira (1636-1711), who in 1705 published the poetry collection Música do parnaso. Both are inspired by Iberian, especially Spanish Baroque music. Gregorio’s satirical production nevertheless has so many touches of Brazilian folklore that one can characterize this part of his writing as the first genuinely Brazilian.

In its last phase, from the 1720s, the Baroque is characterized by the so-called academies, also these according to European pattern. Important texts include Compêndio narrativo do peregrino da América (1728) by Nuno Marques Pereira (1652-1728), a story that brings to mind John Bunyan ‘s The Pilgrim’s Progress, and Aventuras de Diófanes (1752) by Teresa Margarida da Silva an Orta (1711–1793); a work considered by some to be “the first Brazilian novel “.

The neoclassical literature, as in Portuguese tradition, and then in Brazilian commonly called “Arcadism”, went hand in hand with Brazil in a socio-political revolt against the colonial power. In 1789, a group of young men in Minas Gerais started an independence rebellion, the so-called “Inconfidência Mineira,” which was, however, quickly defeated. Among these were a number of the young Arcadists, such as the poets Claudio Manuel da Costa (1729–1789), Tomás António Gonzaga (1744–1810), Domingos Caldas Barbosa and Manuel Inácio da Silva Alvarenga (1749–1814). The problematic relationship with the indigenous people was portrayed in two long epic poems: José Basílio da Gamas O Uraguai (1769) andJosé de Santa Rita Durãos Caramuru (1781).

In the postoral realm of Arcadism, the national rebels could provide a literary idealization of a land that had long been regarded as a mythical Arcadia, a kind of earthly Eden. 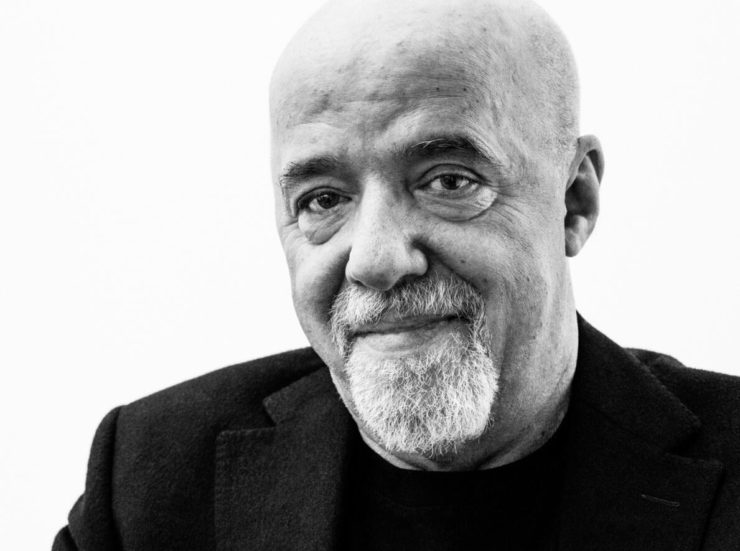 The Brazilian romance follows in the wake of the political detachment process and the country’s independence in 1822. In 1830, the poet Domingos José Gonçalves de Magalhães returned from Paris with the program of European romance, drawing up a Brazilian version in which ” Indianism ” became central.

The early Brazilian romantics, who published their works from the 1840s, chose in their pursuit of cultural uniqueness an indigenous population that had been culturally suppressed as a historical basis for their national expression of identity. The Native American works portrayed indigenous traditions and values ​​in a positive way, while at the time of confrontation with Christian culture, they had to report their passports and realize their superiority. The study of indigenous culture became a fashion issue, and a plethora of words from the indigenous peoples gained a foothold in the literary language as well.

Several attempts were made to write an Indian epic, but only Domingo’s José Gonçalves de Magalhães brought such a project into port – A Confederação dos Tamoios (1857). In poetry, Antônio Gonçalves Dias is the biggest name of this generation, but also as late as 1875, for example, Joaquim Maria Machado de Assis published an Indian poetry collection called Americanas.

Among the so-called “ultra-romanticists”, the poets Manuel Antônio Álvares de Azevedo (1831-1852), also called “the Brazilian Byron “, Junqueira Freire (1832-1855) and “the poet of longing”, Casimiro de Abreu (1839-1860), are the most important names, it is the subjective experience of mismatch and disillusionment and a strong focus on death that is central.

The third and final romantic generation again turned their eyes on society and engaged in important political and social issues of the day, not least in the struggle to abolish slavery. This commitment was most clearly expressed by the poet Antônio de Castro Alves.

José Martiniano de Alencar is the biggest name of Brazilian romance in prose, with the three Indian novels O Guaraní (1857), Iracema (1865) and Ubirajara (1874). A contemporary romantic novel of more traditionally urban brand was A Moreninha (1844) by Joaquim Manuel de Macedo (1820-1882) and Memórias de um Sargento de Milícias (1853) by Manuel Antônio de Almeida. Alencar himself wrote a number of novels in this genre, in addition to typical historical novels, such as Guerra dos mascates(1873). Traditional romantic novels are also part of Machado de Assis’ first period. Within a regionalist direction, “certanism”, besides Alencar is the central name of Bernardo Joaquim da Guimarães. It was also only with the romance that a truly Brazilian theater emerged.

From the 1880s until the turn of the century, it was the realistic – naturalistic direction that dominated. In one class, Joaquim is Maria Machado de Assis. With his main works Memórias póstumas de Brás Cubas (1881) (regarded as the first major realistic work in Brazilian prose), Quincas Borba (1892) and Dom Casmurro (1900) he put Brazilian prose on the literary world map. Another important realist is Raul Pompeia (1863-1895). The first naturalistic novel in Brazil, O Mulato (1881), is also the first of a series of novels by Aluísio Tancredo Gonçalves Azevedo.

The leading lyricists of this period, “the Parnassians, ” sought back a poetry that clearly distanced itself from the socially and contemporary literature. Alberto de Oliveira (1857–1937), Raimundo Correia (1859–1911) and Olavo Bilac are the most important of this period, although the latter fall into a category for themselves in several ways.

A parallel lyrical grouping towards the turn of the century were the symbolists. They sought the individual experience conveyed in an artistic language, unbound by the rationality and logic of the prose, but through ambiguous symbols. Main representatives were Alphonsus de Guimarães and João da Cruz e Sousa. The group exerted a great influence on pre-modernists, including Manuel Bandeira, and on the author generation that introduced modernism after the First World War. 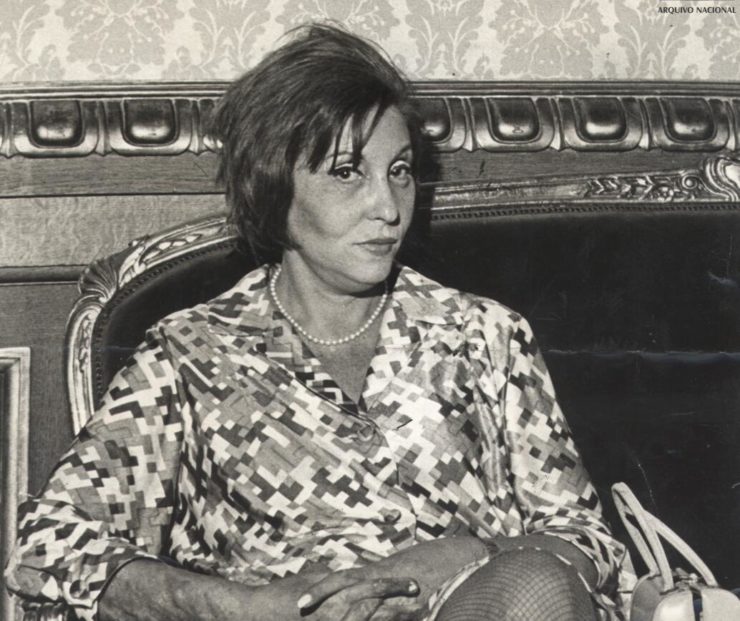 In the years leading up to the centenary of independence, an intellectual elite from the São Paulo region brought the ideas of the European avant-garde to the homeland. Thus, a debate began on how these ideas could best help to create a modern, Brazilian expression. The first public presentation of the new art took place in February 1922 with the then famous Semana de Arte Moderna in São Paulo. The jealousy behind was from the authors José Oswald de Sousa Andrade and Mário Raul de Morais Andradeboth of which came to characterize the further development of Brazilian lyric and prose. Alcântara Machado (1901–1935) and Cassiano Ricardo (1895–1974) are two other names from the first phase of literary renewal.

The modernists sought to create literary fiction as a critical awareness of cultural history. Because their literary program proclaimed total formal freedom, they could break with the classical Portuguese norm of the Portuguese language in favor of the living Brazilian spoken language. The rebellion of the modernists must therefore be said to represent the final establishment of a Brazilian literature.

The results of the early modernist efforts were often unsuccessful, but at best represent some of the most innovative literary works of 20th century Brazilian literature, with Mário Raul de Morais Andrades Macunaíma (1928) and Raul Bopps (1898–1984) Cobra Norato (1931) as highlights.

The first “renewal at all costs” of modernism was replaced in the 1930s and 1940s by the greater maturity of the second modernism, both formal and thematic. Well-known poets who belong to this phase are Carlos Drummond de Andrade, Murilo Mendes (1901–1975), Jorge de Lima, Vinícius de Morais and Cecília Meireles (1901–1964). A modernization of the theater took place in the 1940s, and several of the poets mentioned also wrote dramas. Through regionalist prose, one now sought to give Brazilian literature its own identity. The authors of this genre that have had the strongest influence, also abroad, are Graciliano Ramos, Jorge Amado, José Lins do Rego (1901–1957) andÉrico Veríssimo, but an important recording formed Gilberto de Mello Freyres and Rachel de Queiroz’s (1910–2003) works from the 1920s and 1930s.

In the so-called “45 generation”, the authors of the third modernism, the regionalist novel is also strongly named by João Guimarães Rosa, but in a new variant, with strong experimentation with the language, incorporating regional terms, innovation of words and usage. of an unusual syntax. Urban prose finds new ways with Clarice Lispector, and in poetry João Cabral de Melo Neto now appears as the big name with, among other things, the dramatic poem Morte e Vida Severina (1955), which is composed by Chico de Holanda Buarque. From the 1960s and into the future, several directions in poetry apply, with concreteism, which puts the graphic or audio content at the center, as one of the most important. Names in this direction include Décio Pignatari (1927–2012), brothers Augusto de Campos (born 1931) and Haroldo de Campos (1929–2003) and Ferreira Gullar (1930–2016). Other directions, on the other hand, have chosen a more traditional form and themes related to a social reality. One post-concrete direction is tropicalism, which originated in popular music, but which has influenced the culture as a whole. Despite its original non-political involvement, the poetry and theater of tropicalism came to symbolize a defense of freedom in opposition to an authoritarian regime, and several of the direction’s foremost representatives, such as Gilberto Gil and Chico de Holanda Buarque was forced into exile. During the dictatorship in the period 1964–1985 there existed a socially critical theater with names such as Caetano Veloso (born 1942), Alfredo Dias Gomes (1922–1999) and Augusto Boal. Of poets from the following decades, who do not belong to any special school, mention is Francisco Alvim (born 1938), Sebastião Uchoa Leite (1935–2003), Ana Cristina César (1952–1983), and Armando Freitas Filho (born 1940).

The contemporary novel has a wide range. The urban novel with writers such as Rubem Fonseca and Dalton Trevisan (born 1925) depicts with unmistakable realism and in the form of the reportage the misery, crime and loneliness of the big city. Other contemporary writers who have argued in various romance genres, including internationally, include José J. Veiga, Lygia Fagundes Telles, Autran Dourado, Ivan Ângelo, Ignácio de Loyola Brandão, João Ubaldo Ribeiro and Ana Miranda. However, the author who has had the greatest success with the audience in recent years – though not with the critics – isPaulo Coelho. Several of the aforementioned authors have been translated into Norwegian in recent years.