In 1957 politics was dominated by the Progressive Liberal Party (PLP) which represented the black majority. In 1964, while recognizing the sovereign of the United Kingdom as head of state, the Bahamas gained their autonomy, immediately joined the United Nations and the OAS.

According to Abbreviationfinder, an acronym site which also features history of Bahamas, the 1968 elections appointed PLP leader Lynden O. Pindling as prime minister, and the 1972 elections replied with 29 out of 38 seats; 7 seats went to the United Bahamas Party (UBP) representative of white businessmen.

From 10 July 1973 these islands formed an independent state within the British Commonwealth; they always had close relations with the US, which with the help of their capitals allowed a great development of tourism and a strong increase in national income.

Politically, the PLP has dominated the scene uninterruptedly, winning the elections also in 1977, 1982, 1987, even though the oppositions had gradually strengthened by gathering all under the “Free National Movement” (FNM). Pindling has continued to govern always maintaining close relations with the US which have certainly always been the main promoter of their prosperity for the islands: this, due not only for production and tourism, but also for having applied favorable tax conditions and a banking secrecy that made Nassau, in particular, a “Little Zurich”.

Some disagreements in relations with the US occurred in the 1980s when the Bahamas took on an important role in the international drug trafficking scene, in which numerous members of the government and even Pindling himself were involved in letting themselves be corrupted by their accusers, that is, the same drug traffickers.

The elections held in August 1992 assigned the victory to the Free National Movement, conservative, always antagonist of the Progressive Liberal Party, liberal, to the government without interruptions since 1967, led by L. Pindling, architect of the country’s independence, which occurred in 1973, and under the auspices of the Commonwealth.

The defeat of this party was undoubtedly originated by the economic, rather than political, difficulties due to the sharp decrease in American tourism which had greatly damaged the hotel industry and, of course, all those connected to it. This had started a great rise in unemployment.

In addition, the well-known scandals of some government elements had contributed a lot and even more the intensification of the drug trade, leaving from Colombia with direction to the United States. This increased trafficking had above all increased organized crime, especially linked to Haitian and Cuban immigrants.

And the very hard fight against this crime was the first point of the new government’s program, chaired by H. Ingraham; in particular, he aimed to defeat the corruption present in the state administration and to restore the state budget with clear cuts in public spending, with the increase of foreign capital in the country, in the particular fields of tourism and telecommunications.

The population liked this program so much that even with the 1997 legislative elections the same government voted.
For foreign policy, the Bahamas always maintained close relations with the United States also to fight drug trafficking together. In 1994 those with Haiti and Cuba had worsened, due to the massive immigration of disturbing and corrupt elements. 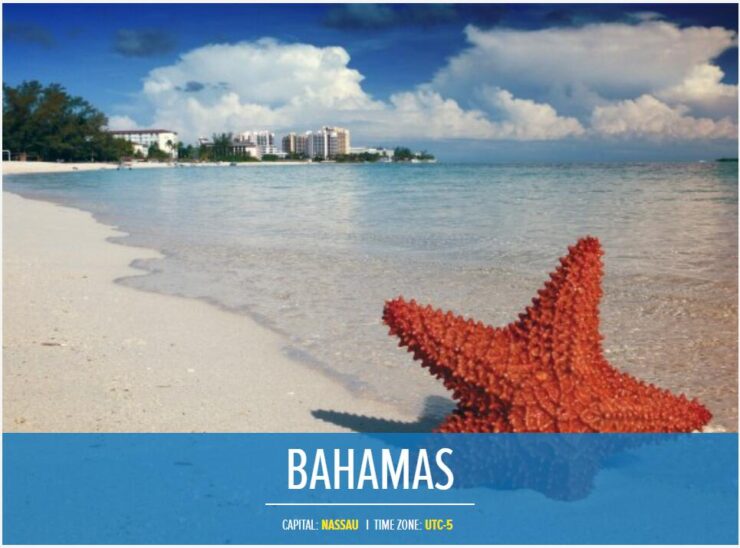