Chilean visual arts has a far more modest position than the country’s literary production, which, with its long tradition and prominent writers, is world-renowned. A visual artist who stood out was the modernist Matta, really Roberto Sebastian Antonio Matta Echaurren, (b. 1911).

Under the leadership of the People’s Front, Matta returned to Chile for an extended period, donating his own pictures and participating in the performance of collective murals along with the so-called artist brigades active under Salvador Allende. The most famous, the Ramona Parra Brigade, redefined Santiago’s poor neighborhoods, but all traces of this popular art disappeared during the Pinochet dictatorship. Then also 1930s frescoes, by Mexican muralist David Alfaro Siqueiros, and visual art by Joan Miró and Matta were destroyed by the junta.

The cultural boom during the Year of the People’s Front also gave rise to other expressions in the visual arts, such as muffled in the interior or given some exterior breathing holes. Influenced by Antoni Tápies, José Balmes produced dramatic visual testimonies of existential anxiety and torture in his home country. The critical art had to devise new strategies. The so-called Avanzada artists, Carlos Altamirano, Victor Hugo Codocedo, Carlos Leppe, Lotty Rosenfeld, used the avant-garde’s methods of action art, conceptual projects and performancein the cityscape and unofficial galleries. Eugenio Dittborn started his long-standing “mail art” campaign to remind the outside world of the thousands who “disappeared” during the dictatorship. In the same spirit, artists such as Tatiana Alamo and Gonzales Meza address the injustices of the past to the indigenous indigenous people. They want to re-establish the values ​​of this culture, which was as strongly repressed as the art of Chilean fascism’s 17-year reign of terror. 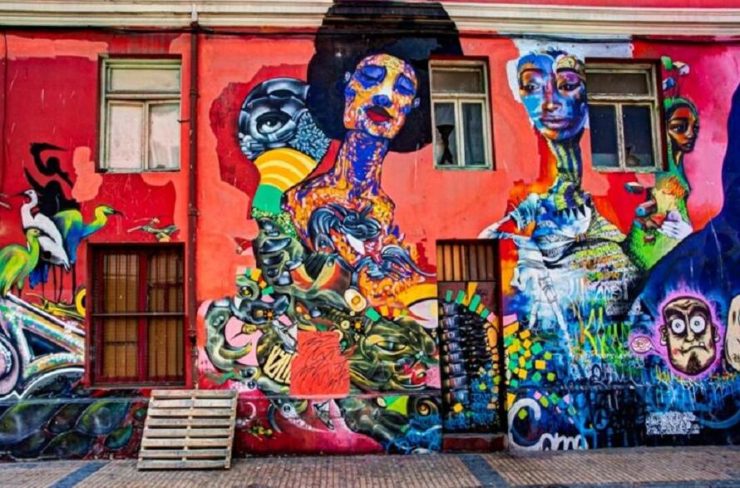