The art in Argentina is divided into three periods: pre-European, colonial and post-colonial.

Compared to other Latin American countries, archaeological finds are sparse in Argentina. The most interesting finds have been made in the northwestern part of the country; mainly smaller animal and human-like figures in wood, as well as various ceramic works. These works come from a variety of cultures that have existed in this area for a long time, partly under the strong influence of immigrant Inca culture. The Chaco -Santiagueno region is another area with very old settlement. Bird and human figures are frequent. In Patagonia in the south are the famous Cueva de las Manos (Spanish for the Cave with their hands), 7300 BCE, in the province of Santa Cruz, and written inUNESCO World Heritage List. Hundreds of hands are painted on the cave walls. There are also paintings of animals and geometric patterns. 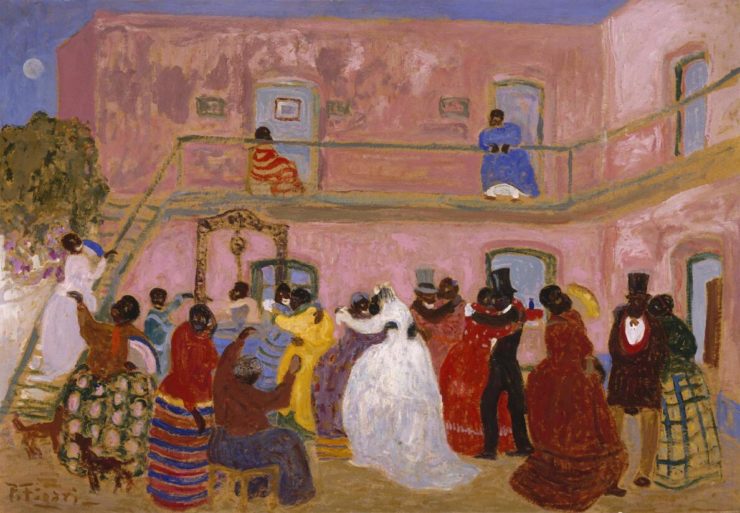 Art during the colonial period

In 1516 Argentina became a Spanish colony. Little of the pioneer architecture of the colonial era. There are a number of churches and some private houses from the 17th century in both Buenos Aires and Córdoba. They are made in a distinctive style, heavily influenced by Spanish-Moorish Baroque. 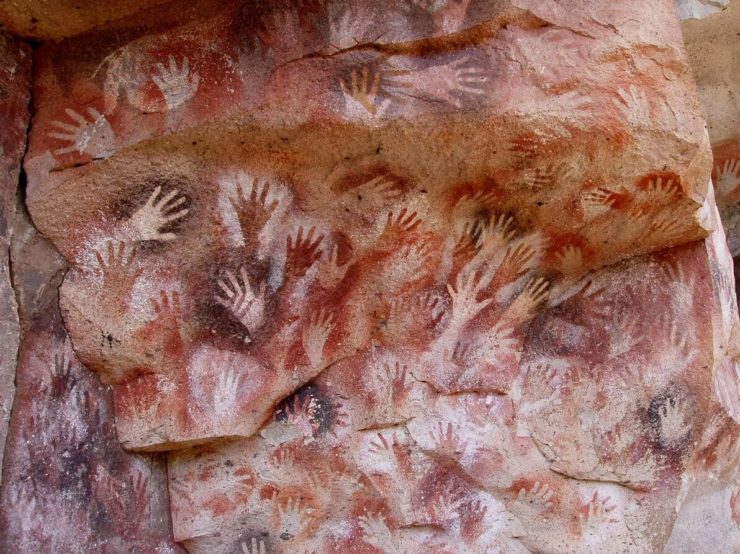 Art after the colonial era

Modern art in the 19th century was mainly inspired by French art. The first significant Argentine artist was Carlos Morel (1813-1894), the next generation may be represented by Ernesto Cárcova (1866-1927). In the 1900s, Argentine artists seek inspiration from several sources: European contemporary art, modern Mexican art, local culture and history. In the 1930s, Pedro Figari worked in a naivistic impressionistic expression, while the cubist Emilio Pettoruti worked in a more modern style. In the post-war period, Raquel Forner worked in a figurative expressionist form, and Antonio Berni in a clear social-realistic form.

Contemporary art spans very far. Luis Felipe Noé (born 1933) is a painter and art theorist, and has been the leading figure for the new figurative painting of the latter half of the 20th century. Pop artist Marta Minujín (born 1943) is considered Argentina’s answer to Andy Warhol, often large and spectacular installations. Nicola Constantino (born 1964), who is known for her controversial, often macabre, sculptures, installations, videos about body and gender identity. Leandro Elrich (born 1973) is an internationally renowned conceptual artist who designs monumental optical illusions.

Modern impulses in architecture in the early 1900s were conveyed by, among others, Victor Maeno, Alejandro Virasoro (1892–1978) and Le Corbusier assistant Ferrari Hardoy (1914–1977).