The capital is Buenos Aires.

In 2017, the population was 44 million (INDEC). About 90 percent of the Argentine population is considered descendants of European immigrants who found their way to Argentina in the late 1800s and early 1900s. Most are of Spanish and Italian origin.

The country was colonized by Spain in the first half of the 16th century and gained its independence in 1816. Argentina claims a sector of the Antarctic, as well as the Falkland Islands, in Spanish Islas Malvinas.

Argentina means ‘Silver Country’ and has its name after the mouth of the Rio de la Plata.

Argentina, together with Chile, Uruguay, Paraguay and Brazil, make up the southernmost part of the American continent, called Cono Sur. The country covers an area of ​​2,791,810 square miles, plus 969,464 square miles in Antarctica. Argentina is measured in area after Brazil, the second largest country in South America and the eighth largest in the world.

The country consists of 23 provinces and is characterized by great variety in topography and nature. The mighty Andes highlight the border with Chile in the west. In the province of Mendoza we find Aconcagua, America’s highest mountain at 6962 meters above sea level. In the northeast of Argentina, nature is characterized by a subtropical climate.

On the border between Argentina, Brazil and Paraguay are the Iguassú Falls (Spanish Iguazú, Portuguese Iguaçú ). The areas around Buenos Aires are called La Pampa. This is a crop-rich plains area, well adapted for animal husbandry. From La Pampa and south lies Patagonia. The western Patagonia is moist, mountainous and contains forests and large lakes shaped by glaciers. Eastern Patagonia is dry and lined with shrubs.

Since Argentina extends so far from north to south, the country has a very varied climate. The majority still have a temperate climate, while in the north a tropical climate and in the south a sub-arctic climate. Including Antarctica, the country also has an Arctic climate.

Subtropical plants dominate the flora in the north. In the middle areas (La Pampa) there were no trees originally, but human activity has introduced eucalyptus, among other things. South towards Patagonia are many types of herbs and shrubs. Argentina’s national tree and flower is called “ceibo”.

In the tropical north, there are puma, jaguar, monkey and caiman. On the steppes there are animals, nandu and foxes. In the mountains, llamas and ducks live, while dolphins, whales and killer whales live on and off the coast. 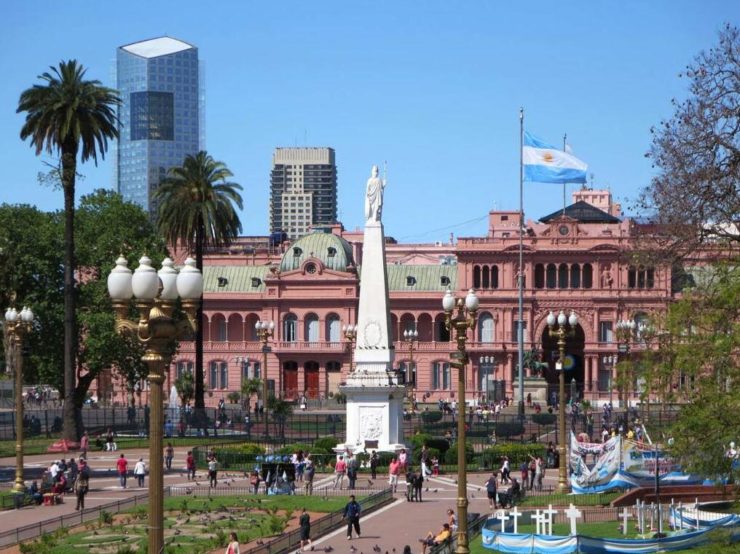 600,000 Argentinians considered themselves indigenous peoples according to this census. Life expectancy is 70 years for men and 77.5 years for women. In 2010, every woman in Argentina gave birth to an average of 2.2 children.

Argentina is a republic of 23 provinces as well as the capital of Buenos Aires. The constitution of 1853 states that the country should have a federal system of government where the provinces are partially autonomous. The president is elected for four years at a time and can sit for a maximum of two periods in a row. If no candidate gets a majority in the first round, a new election is made between the two candidates who received the most votes.

The Argentine defense is divided into three: the army, the air defense and the navy. It is not mandatory military service in the country. Each province has its own police force, but cooperates with the federal police in certain cases.

Argentina is a member of various international organizations, including Mercosur, the UN and the UN’s special organizations such as the World Bank and the World Trade Organization, as well as the Organization of American States. Argentina supports the peacekeeping forces in Haiti and in Cyprus with police and military personnel. The country demands full right to rule over the British Falkland Islands. 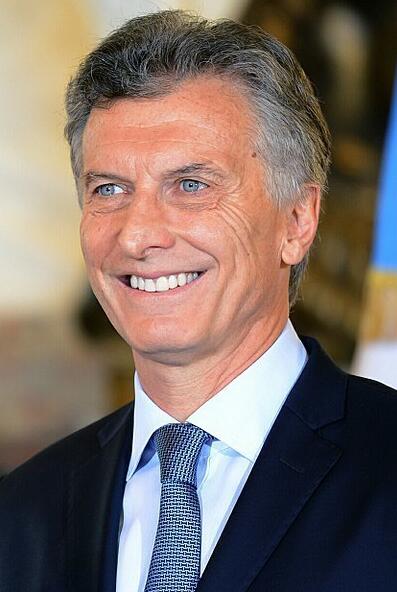 Following the economic crisis in the early 2000s, the Argentine economy has grown ever stronger. Today, Argentina has one of the fastest growing economies in the world, and the country is a member of the G20. According to the World Bank (November 2012), the Argentine middle class grew by 50 percent between 2000 and 2010.

Argentina has the world’s 25th largest gross domestic product (GDP) measured in absolute terms. But, per capita, the country is the 48th richest in the world, with a GDP of $ 18,709 (World Bank figures for 2013).

In 2017, Argentina exported goods abroad for a total of US $ 58.4 billion (INDEC, 2018). Most of the export value consists of agricultural products such as soya, maize and beef. The country also exports some oil and gas, fruit and biodiesel (see table).

Tourism is important for Argentina. Around six million tourists visit the country annually. In Latin America, only Mexico has more visitors. 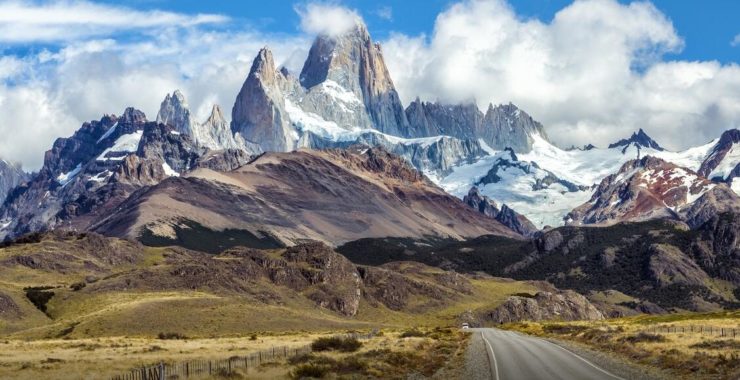 Argentina is perhaps best known for tango and football. The tango originated in the late 1800s. The Argentines claim this happened in Buenos Aires, while Uruguay claims the dance occurred in their capital, Montevideo. In 2008, the countries agreed to bury the battle ax and submit a joint application to include the tango on the World Heritage List, and in 2009 it did.

Argentina has fostered many good footballers, including Diego Maradona and Lionel Messi. The matches between Boca Juniors and River Plate are called El Superclásico, and are worth a visit for those interested in football.

Wine is a very important part of the Argentine cuisine and the Argentine economy, as well as the country’s national drink. Argentina is the world’s fifth largest wine producer, and in 2006 each Argentine drank an average of 45 liters of wine. An example of an Argentinian meal is ” asado ” and wine. The Argentinian cuisine is largely characterized by the inhabitants being descendants of Europeans, with the use of olive oil, pasta and salads. This applies especially to key areas in and around Buenos Aires. In the north you will find other customs and traditions, with dishes such as locro, tamales, charqui and empanadas.

The Argentine Constitution of 1853 states that each province is responsible for ensuring a good education. During the nation-building process in the 19th century, education was an important piece. The rulers used the schools as an arena where immigrants and natives were trained in the parts of history and culture that the rulers wanted to face. A common education should civilize the people and unite the nation.

In the early 1900s, middle-class young people in the big cities, which had risen sharply as a result of immigration, revolted. They demanded the modernization and democratization of a university system that was elitist and clerical. The result was the University Reform of 1918, which states that everyone should have the right to higher education, that each university should be autonomous, and that students should be represented in the decision-making bodies. In the 2000s, it was decided that no less than six per cent of GDP should be spent on education. Free education only applies to public schools and universities.

The Norwegian Embassy in Buenos Aires currently covers Bolivia, Uruguay and Paraguay in addition to Argentina. Ever since 1906, Norway has had diplomats stationed in the country. The reason for Norway’s early representation in the country is due to the large Norwegian presence in shipping.

Argentina is represented in Norway at its embassy in Oslo.

When it comes to trade relations, there is some contact between Norway and Argentina. The Norwegian-Argentine Chamber of Commerce, established in 2008, facilitates trade relations and investment between the two countries. Norwegian companies in the maritime sector, aluminum industry, fishing, fertilizer production and timber industry are represented in Argentina.

Norway also has state development cooperation with Argentina. This is done by Norway supporting international (non-governmental) organizations, which in turn support specific development projects in Argentina.