The first traces of people in Argentina can be found in the far south of Patagonia, in the Piedra Museo in Santa Cruz. The findings indicate that people lived here already 11,000 years before our time, and that these were collectors and hunters. 2000 years later, the pampas were populated by hunters and gatherers, and around 7,000 years before our time, the areas in the northeast were populated by people who cultivated the land. In Santa Cruz, there are cave paintings dating to 7300 before our time, and are on UNESCO’s list of the world’s natural and cultural heritage.

Argentina was colonized by the Spaniards in 1516. In 1810, the revolution that initiated the war of independence began, and the country became independent on July 9, 1816. The period that followed was marked by internal turmoil. There was a conflict between unitarios (the elite of Buenos Aires and other major cities, the military and the intellectuals ) and federales. Los unitarios wanted a centralized state with Buenos Aires as its capital, as well as economic liberalism and free trade. Los federales wanted more autonomy for the provinces, but at the same time they wanted a national government responsible for, among other things, foreign policy.

The consolidation of Argentina took place in the period 1853-1880. Between 1880 and 1910 the country was ruled by conservative forces. Agriculture on the pampas was strongly developed and Argentina was a major producer of grain and meat. The country needed labor and opened up for massive immigration from Europe. Millions of Spaniards, Italians and British settled in the country. Buenos Aires has evolved into a modern and prosperous city. Foreign investment increased sharply, and in particular the British invested in railways, ports and refrigeration methods for meat.

European immigrants brought ideas of socialism and anarchism. Trade unions were formed and social inequalities were worked. Argentina was characterized by radical governments between 1916 and 1930. During this period voting rights were introduced for all men in 1916 and a university reform that made studies accessible to most people in 1918. In 1930, the military carried out a coup d’état, and until 1943 the country was ruled by conservative governments inspired by fascism. The period is characterized by a policy called ISI (industrialización por sustitucion de importaciones), where instead of importing things should be produced in Argentina – hence industrialization.

Juan Domingo Perón came to power in 1946. During his time as president, among other things, minimum wage was introduced. Perón also did other things that benefited the poor sections of the population. He and his government had the advantage of Europe being in ruins, as the country could lend money and spend its earnings on reforms. Perón was and still is criticized for having fascist traits, and he had strong ties to Benito Mussolini, among others.

In 1973, Perón again became president of the country, and upon his death in 1974, his wife Isabel Perón took over the position. She was deposed in 1976 when the military took power through a new coup. The military junta set aside the constitution, carried out state terrorism and carried out arrests, executions and other human rights violations. As many as 30,000 people disappeared during the period, and to this day organizations in Argentina are working to find out what happened to them. During this period, a neoliberal economic policy was pursued where foreign debt increased dramatically.

In 1982, Argentina lost the Falklands War against Britain. As a result, in 1983 democratic elections were again held. At the end of the 1980s, there was economic crisis and inflation in the country, and when Carlos Saúl Menem was elected president in 1989, he introduced a neoliberal economic policy to improve economic conditions. Menem privatized virtually all state companies, and during his second presidential term (1995–1999) unemployment skyrocketed, poverty increased drastically and foreign debt rose sharply. In 1998, the country went into economic decline.

When the economic and social crisis hit Argentina fully at the turn of the millennium, various reforms were implemented to reduce the large government deficit. At the same time, the reforms would give the country new loans from the International Monetary Fund. In December 2001, a law was implemented that made it impossible for the population to withdraw money from the bank. Many lost all their savings. The dissatisfaction was now so great that the middle class poured into the streets to protest. On December 19, 2001, the streets of Buenos Aires and other cities were filled by people who showed dissatisfaction with the government. President Fernando de la Rúa declared the state of emergency, and police and protestersbarked together in several places. On December 20, the situation had escalated to such an extent that de la Rúa chose to resign. When Eduardo Duhalde became president in January 2002, various measures were implemented to get the country out of the hammock. Among other things, the peso was devalued and social plans were implemented.

Néstor Carlos Kirchner was elected president in 2003. He initiated prosecution of those responsible for human rights violations during the dictatorship. During his presidency, poverty and unemployment decreased. Kirchner is still a disputed man. Forces from the right, Kirchner’s lawsuit criticized those in charge of the dictatorship, saying it harmed the ongoing reconciliation that the country underwent. The left side criticized him for disregarding human rights, as he cracked down on demonstrations in Patagonia. Kirchner’s wife, Cristina Fernández de Kirchner, won the 2007 election as the first elected female president of Argentina. In 2011, she was re-elected for a new term of 4 years.

Mauricio Macri was elected president in the November 2015 election. Macri is from the right-wing PRO ( Propuesta Republicana ), but won the election as representative of Cambiemos, a center-right coalition made up of various political parties. 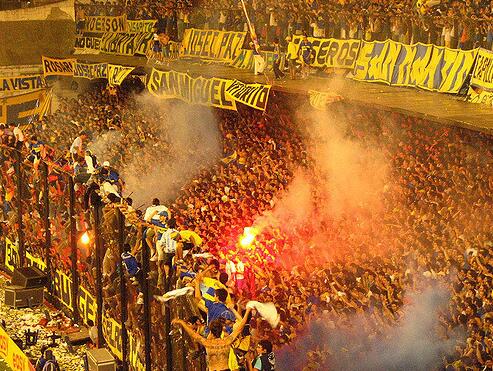