As far as architecture is concerned, Brazil is linked to developments in Portugal throughout the colonial period, 1500-1821. It stands out clearly from architectural developments in Spanish America as found in Mexico, Peru and Bolivia ; Gothic and plate style thus does not occur. The oldest building art was of a primitive type with timber frameworks filled with branches, pulp and binder, later the whole timber structure was obtained, but the walls were covered with lime and plaster in Portuguese fashion. Examples of this building art can be found in the areas surrounding the oldest capital of Bahia.

During the 1700s Baroque architecture was far quieter than in Spanish America. No domes or absides were used, and vaults only to a small extent; nor does the free use of architectural sculpture that characterize Spanish-American architecture of this time exist. Some Dutch influence prevailed in the north during the Dutch occupation 1624–54. The main work, however, is the Herrara-inspired São Bento in Rio de Janeiro from the 1650s. After a Jesuit-style and sober building, one gets the main work of the rococo in Brazil in the mid-18th century with São Francisco in São João d’el Rey and São Franciscoin Ouro Prêto, attributed to Aleijadinho. 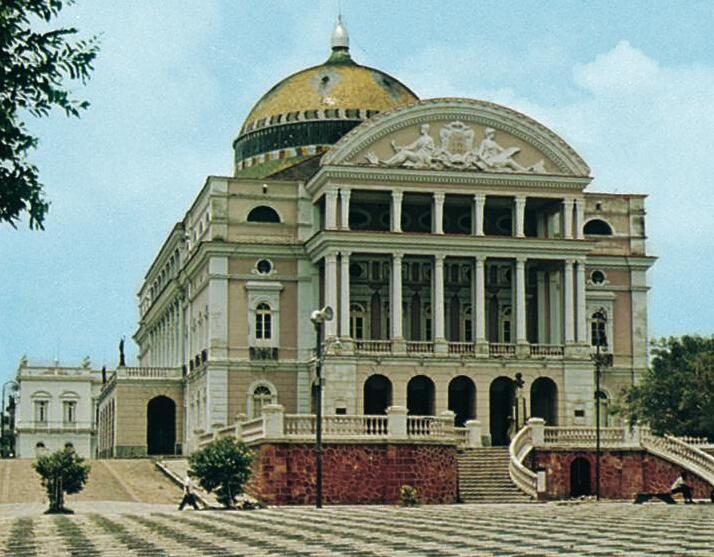 The theater, the former opera in Manáus, the capital of the state of the Amazon, was built in 1896.

After the colonial period

After Brazil’s independence in 1822, the architecture followed more generally European-wide paths, and the new impulses were quickly disseminated, but at the same time managed to preserve regional features developed because of the country’s tropical climate. Thus, in the 1920s, a number of Art Deco- style buildings were built with traditional deep-seated windows and continuous balconies that provided shade on the facades.

The break with the regional tradition happened in 1930, when the Brazilian revolution, which brought Vargas to power, opened the way for radical European modernism. The first result of the new architecture’s breakthrough was the Ministry of Education and Health in Rio de Janeiro (1937–44), designed by Oscar Niemeyer, Lúcio Costa and Alfonso Reidy after sketches by Le Corbusier. Although modernism broke with the traditional climate-adapted construction method, the architecture retained unmistakable Brazilian features with building volumes shaped in rhythmic curvature and decorated with facade painting.

The new capital, Brazil, as decided by President Kubitshek, marks a pinnacle of modernist planning and architecture. In his victorious 1956 draft competition, Costa sums up the CIAM group’s planning philosophy, with an emphasis on zone sharing of the various city functions. Oscar Niemeyer was behind the construction of the most important buildings in the city’s administrative center, and the connection between the consistently modernist city plan and these buildings makes Brazil an unparalleled urban organism.

In the 1960s and 1970s, architecture reflected changing regimes’ attempt to rebuild Brazil as an economic superpower. Ambitious planning and development tasks were initiated without resulting in buildings of particular architectural value. However, architects such as José Zanine Caldas and Antonio Thiers managed to hold on to regional features without falling into nostalgia. Alfonso Reidy also combines the regional with an innovative modernist language in his Museum of Modern Art in Rio de Janeiro. 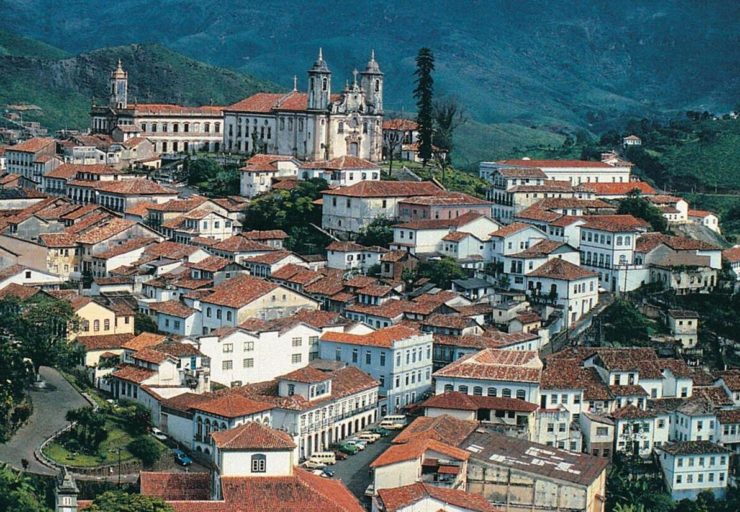 One of the main works of the rococo in Brazil is the church of São Francisco, located on a hill in the city of Ouro Prêto. It was built in the 18th century, probably by Aleijadinho. Ouro Prêto is on UNESCO’s List of World Cultural and Natural Heritage.