Most of North America is in the temperate zone, but there are large climatic variations and weather changes. In the northeast, there is tundra climate. There is annual snow cover down to 40 o north latitude – here the average temperature on the mainland in January is 0 o C. Farther north the winters are cold, often with cold frosts from the north. On the west coast, winter is mild with over 0 o C far up on Canada’s west coast. Strong winds, cold and snow drift can cause snowstorms followed by cold waves that sometimes go down to the Gulf of Mexico.

The July isotherms go far south on the west coast of the United States because of the cold California current. There is a Mediterranean climate on the subtropical part of the west coast. The summers here are dry and sunny, but often with mist over the cold coastal water. The continent’s highest recorded temperature is 57 o C in Death Valley, California.

In the southwestern part of the United States and in large parts of Mexico there are steppe and desert climates. In Central America and the Caribbean, there is tropical rainfall with a lot of rainfall.

Most of the central and eastern United States has temperate rainfall. Rainfall decreases from the coasts towards the prairie.

The large climatic variations form the basis for a very varied and rich vegetation. In the north, there is the Arctic tundra, and there are large areas of coniferous forests in Canada and the western parts of the United States. About one-third of North America is covered by coniferous forests. In the Rocky Mountains, many Arctic plant species are widespread far south.

In southern Oregon and California, there is evergreen shrub forest, chaparral. In western parts of Mexico there are subtropical and montane rainforests, in eastern parts tropical rainforests and savannas. Woodless grasslands, prairies, are found from North and South Dakota in the west to Ohio in the east, and from Canada in the north to northeastern parts of Kansas and Missouri in the United States in the south. In the southwest of the United States there is desert vegetation.

Animal geographically, most of North America’s wildlife belongs to the nectar region, and to the far south the northern parts of the neotropical region. There is no sharp distinction between the two regions. 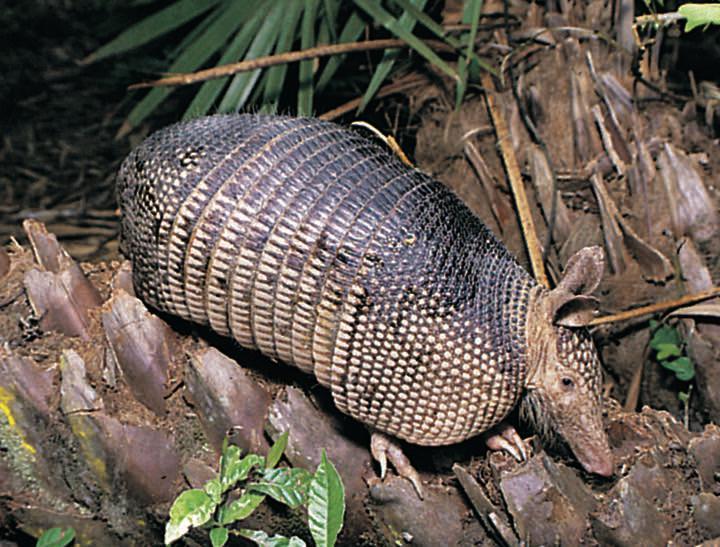 A number of mammal species in the north have immigrated from Asia, while the porcupine pig has come in from South America. Deer as moose ( elk ), caribou ( reindeer ) and wapiti (elk) resembles greatly the related European species. In the mountains there is snow goat which is a relative of the gem in Europe, and bighorn (mountain sheep).

Wildlife on the tundra includes polar bears, wolves, musk oxen, reindeer, mountain reefs and polar hares, and on the north coast there are several whale and seal species. The coniferous areas have mammals such as wolf, lynx, beaver, wolverine, cougar, grizzly bear, kodiak bear and black bear. In the deciduous forest areas, for example, deer, reefs, raccoons and skunk live. On the steppes there are bison,antelope, jackrabbits, prairie dog and coyote ( coyote ). On the Pacific coast, whales, eagles and sea ​​otters live. Sea cows live near Florida and the Caribbean. In tropical rain forest in northern Central America are including jaguar, ocelots, armadillos, peccary, tapir, nose bears, anteater, paka, possums, marmosets and kapusineraper.

The bird fauna consists of species from both the old and the new world, but there are native ducks, sparrow birds, waders, woodpeckers, seabirds, chickens and birds of prey. Instead of our sea ​​eagle, white-headed eagle, the national bird of the United States, appears. The hummingbirds are only found in America. A few species breed north to Canada, and there is one species in Alaska. The western vultures are American birds of prey, including the rare California condor and the more common black condor and turkey condor.

The reptiles are represented with snakes, lizards, turtles and crocodiles. Of poisonous snakes are elapidae as coral snake and mining snakes like rattlesnakes, copper head and mokasinslange. There are many lizards, including the gila key and the wart key, the only two poisonous lizards. There are many species of freshwater turtles, some alligator species and a crocodile species furthest south.

There are more species of amphibians ( frogs, toads and salamanders ) in North America than in Europe.

In the lakes and streams there are many native species, which are moths. The Newfoundland banks used to be an extensive cod fishery. In the northern part of the continent, including Alaska, several species of salmon fish are fished.

The insect fauna is rich. Examples of interesting species are the 17-year-old cicadas and the monarch butterfly that migrate from Canada to the southern states of the United States and Mexico in the fall and north again in the spring after.

Many animals are introduced, mostly involuntarily, such as gray sparrow and butterfly maize pyralide. Several species have been introduced for biological control.

Based on AbbreviationFinder website, North America has approximately 529 million inhabitants (2013). The continent’s share of the world’s population is declining. Population growth is generally low – it is highest in Nicaragua, Guatemala and several other countries in Central America. The most densely populated are the eastern United States, parts of the US Pacific coast, the southern part of the Mexican high plains, and some islands in the Caribbean. About 60 percent of North America’s population lives in the United States. In Canada, most live within a 500-kilometer-wide belt to the United States.

North America’s original inhabitants were Inuit and Aleutian in the Arctic and American Indigenous peoples on the rest of the continent. Norse trips to Newfoundland and some Arctic areas did not lead to any permanent settlement. The great European immigration began in the 16th century. The most extensive was the United Kingdom, France and Spain, later also Ireland, Germany, Italy, the Scandinavian countries and Russia. 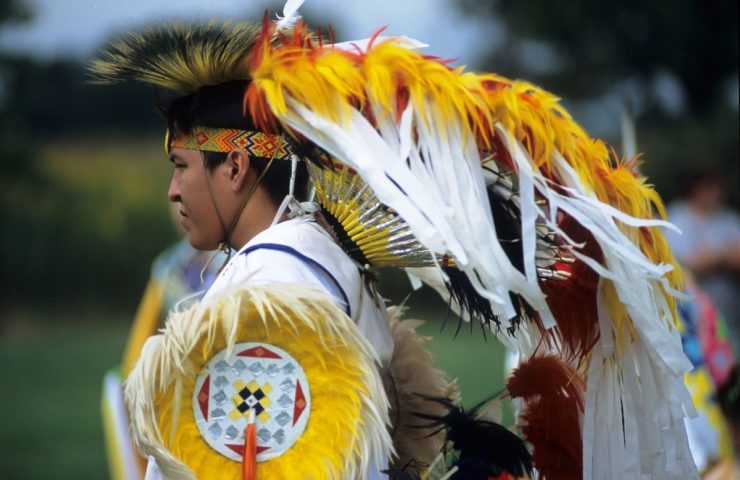 The descendants of slaves who were introduced from Africa for about 300 years constitute a significant component of the population of the eastern and southern United States as well as the Caribbean.

In Mexico, a large proportion of the population constitutes mastis, which are a mixture of American Indigenous people and Europeans. Since the 1960s, there has been extensive and partly illegal immigration to the United States by mainly Mexicans, Cubans and Puerto Ricans. Many Asians have also immigrated to the United States and Canada.

The European languages ​​came with immigrants with English in the US and Canada, French in Canada and Spanish in Mexico and Central America. American-English has some orthographic and pronunciation deviations from British-English. English- based Creole languages are spoken on a number of islands in the Caribbean. French is spoken in Canada mainly in the provinces of Quebec and New Brunswick, and in Creole form in Haiti and on islands in the Caribbean. Spanish is spoken in Mexico and the other Central American countries, in Cuba, in the Dominican Republic and in Puerto Rico, moreover, in several parts of the southern United States. There are a number of minority languages ​​in the US and Canada, such as German, Italian, Ukrainian, Chinese and Yiddish.

Of the great world religions, Christianity dominates. Protestant denominations are leaders in the English-speaking areas while the Roman Catholic Church is predominantly in the French- and Spanish-speaking areas. Many revival societies, with Methodists, Baptists, Quakers and Pentecostals being the largest, stand strong in North America. Voodoo is a traditional, popular form of religion in Haiti. 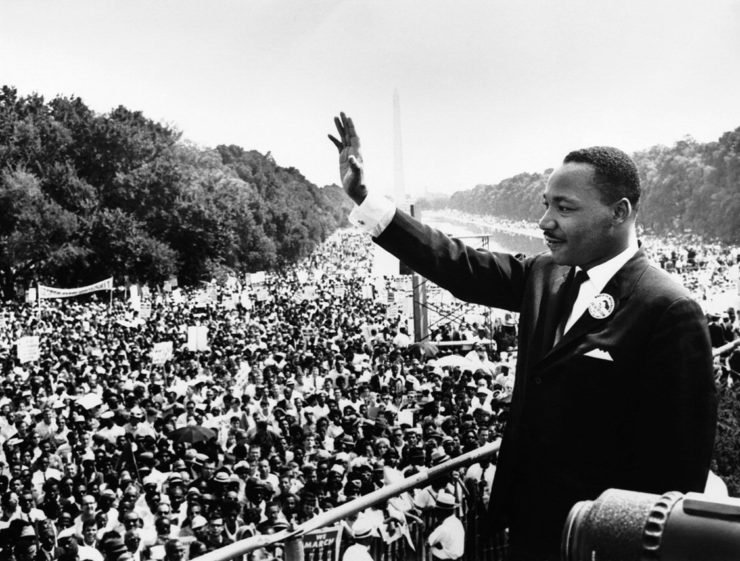 Agriculture in the United States and Canada is characterized by large and capital-intensive use as well as mechanized tools. The countries are among the world’s largest producers of wheat, barley, corn, soybeans, cotton, tomatoes, oranges and meats. In Mexico, a lot of coffee, corn and sugar cane are grown. In Central America and the Caribbean, there are the most small farms with local market production and large plantations (coffee, tobacco, bananas, sugar cane) with production for export. In parts of North America there is a large number of livestock, including cattle and livestock hens, for the production of meat, milk and cheese, while in particular pigs are kept in the Caribbean. Especially in the northern coniferous forest areas, forestry is of great economic importance.

Fishing means a lot to Greenland, Alaska, the Canadian coastal provinces and islands in the Caribbean.

Service-providing industries, such as commerce, finance and service industries, employ many people especially in the United States and Canada, while tourism is of the utmost importance to island states in the Caribbean. Many countries in Central America and the Caribbean receive financial assistance.

The NAFTA Free Trade Agreement between Canada, Mexico and the United States, which entered into force in 1994, is the world’s second largest of its kind. The 1973 Common Market CARICOM comprises 15 states in the Caribbean, while CACM, the Central American Common Market, was established in 1961.