Most Beautiful Destinations in the Americas

There is no list of the most beautiful destinations in the world without the Brazilian presence. Of course there are several beautiful places to travel in Brazil, but let’s name just one on this list so we don’t look biased. 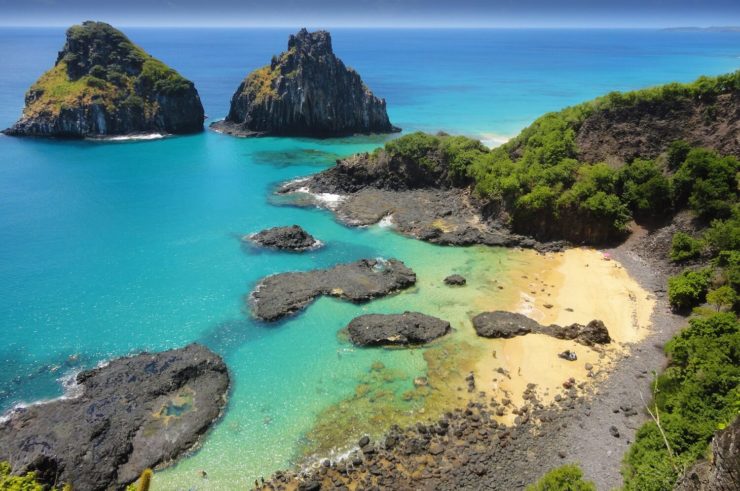 Fernando de Noronha is an archipelago of our country that belongs to the state of Pernambuco. With several islands and beaches that are considered the most beautiful in the country – such as Sancho Beach -, the place is a must for anyone looking for something that takes your breath away.

But be aware: there are rules to get there. Only disembarkation of 450 people per day is allowed and a mandatory environmental tax is required. 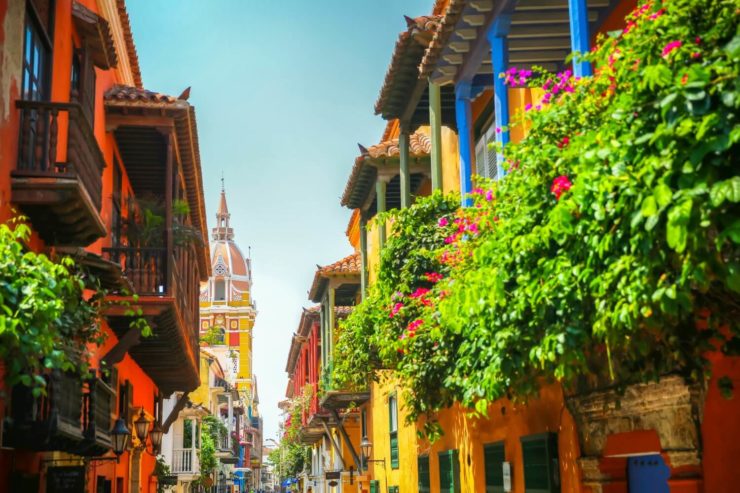 In the Colombian Caribbean is a place that preserves the past and impresses with its colors and historical points. Cartagena de Indias, or just Cartagena, has small streets, squares, museums and so many other colonial spots, as well as a spectacular sea. To go so far is to merge the history, colors and beauty of Colombia. 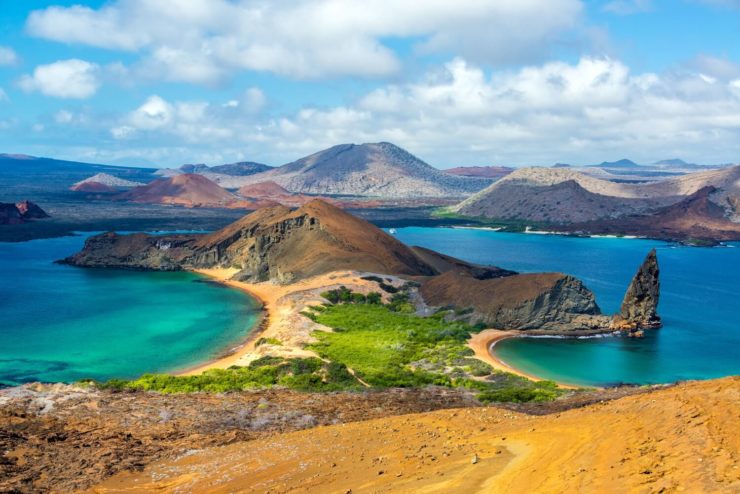 Galapagos is always linked to Charles Darwin and his famous Origin of Species. It was in this archipelago that the scientist made notes on the exotic species of fauna and flora that exist only here.

Its beauty of fauna and flora is enchanting and allows tourists to know unique and charming visual species. But it is important to be aware when visiting Galapagos to practice sustainable tourism and not alter the ecosystem of the region. 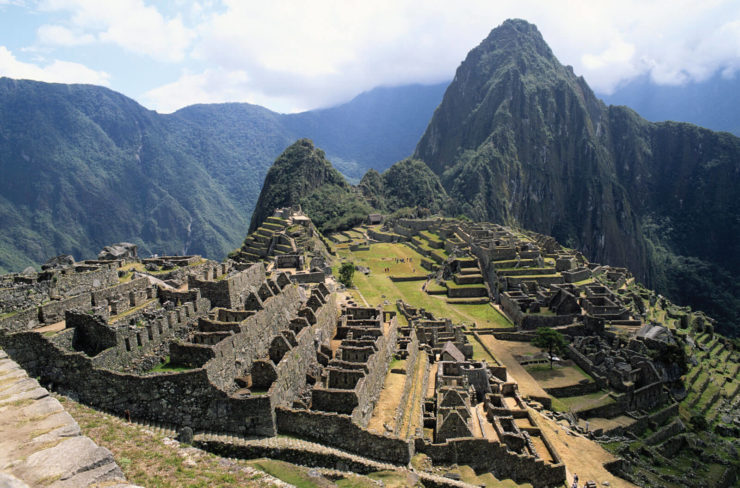 The archaeological site of Machu Picchu is a World Heritage Site and a unique opportunity for those visiting Peru. At over 2,700 meters, the ruins of the ancient city, built in the 15th century, enchant and show the power of the Inca Empire.

If Machu Picchu is an archaeological site of the Inca Empire, Yucatan has a Mayan heritage in its territory. The ruins of Chichen-Itzá, in the middle of a dense forest, is a spectacular site. The area is very well preserved and you can see every detail of this ancient people. There is also the heritage and influence of the Spanish, who later arrived in the region. 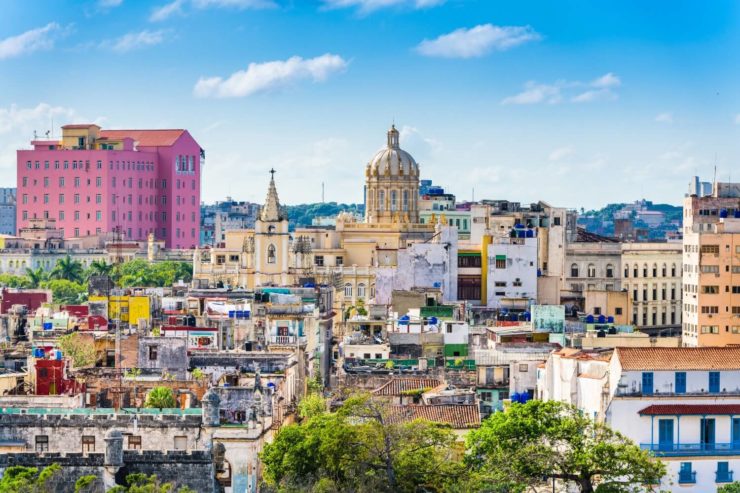 The Cuban capital is a preserved movie setting, ready to welcome tourists from around the world. Marked by the Cuban Revolution and full of marks of this era, Havana demonstrates all its charm and delights visitors to this Central American island.

Known also for the traditional mojito, the city has many museums, colors and beaches with the charming Caribbean sea. Remember that the city is very hot, so enjoy wearing cool clothes while you are there. 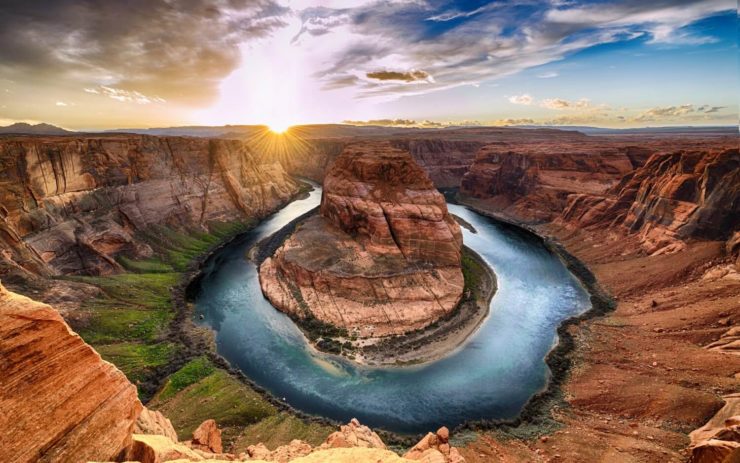 With its 446 kilometers long, the Grand Canyon is grand in its beauty and size. Preserved within a national park, this natural destination has been carved for thousands of years thanks to the Colorado River and has become impressive in every respect. The place is able to house the adventurers and also the historians, with records of the indigenous tribes that lived there.

U.S. Rivers and Mountains by State

The Turks and Caicos Islands (Turks and Caicos Islands) are a British overseas territory, part of the West Indies bathed by the Atlantic Ocean, in America. The relief is low, with up to 50 meters of altitude. There are 52 thousand residents (2017), most of them live in Providenciales. The capital is Cockburn Town, on Grand Turk Island.

Turks and Caicos are a tourist and tax haven. In September 2017, they were devastated by hurricanes Irma and Maria.

French Guyana (Collectivité Territoriale de Guyane) is an overseas department in France, in northern South America. Most of the territory is covered by forest. There are 257 thousand residents (2016). The capital is Cayenne (Cayenne).

In the early 16th century, the Spaniards explored the coastline of present-day French Guyana and began to colonize it a few years later. Subsequently, the Territory was also disputed by the French and the Dutch. These were expelled in 1676, and the Territory came to be controlled by France.

Since 1968, the European Space Agency has used the Kourou Space Center, off the coast of the Territory, for rocket launches.